My journey into the complications of the War of the Roses continues with a visit to the King Richard III Visitor Centre at Leicester. I have had it on my list to visit the museum ever since it’s creation and with Leicester being just a 30 minute drive down the A46, it wasn’t to much of a journey. I had closely followed the search for Richard III’s remains at the time the story was breaking. Apart from the historical significance of the story, I had spent a very happy part of my career working and living in Leicester and very much like the city and the people there. 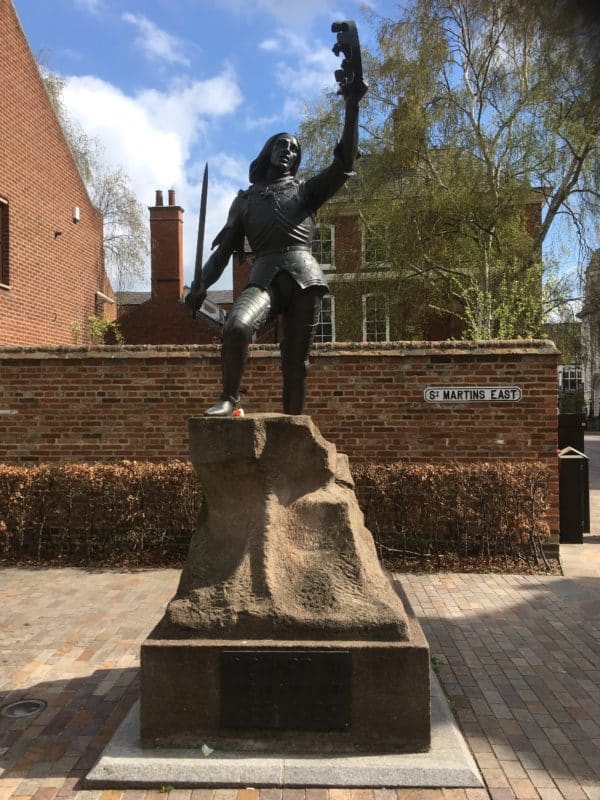 Statue of Richard III outside the visitor centre.

As you would expect from such a new facility, the Visitor Centre is very clean and beautifully presented. I can certainly recommend the on site café for it’s quality of food and value for money – the cake was delicious! 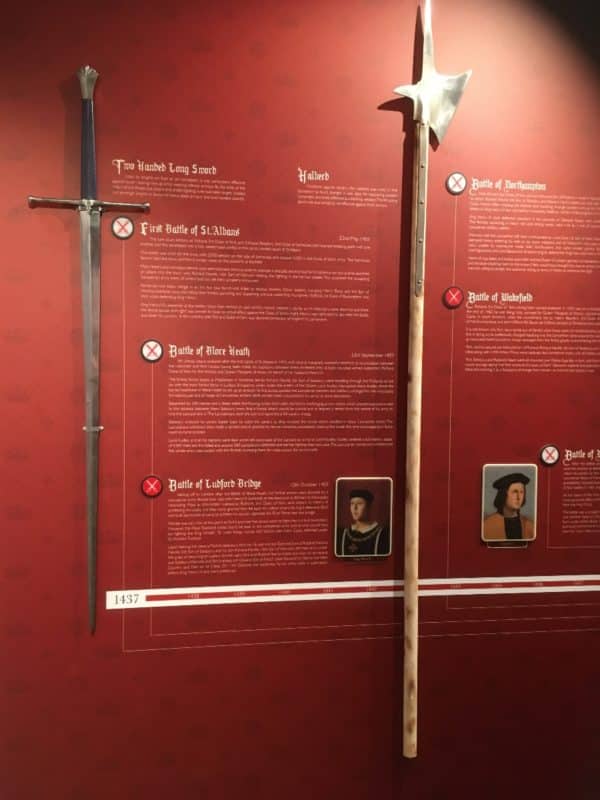 The centre of course, focuses on Richard III, how he came to power, his demise at the Battle of Bosworth and the search for his resting place. There is plenty of information to absorb and although I am familiar with the story of Richard III, it is still a fascinating tale of dark intrigue and betrayal. The centre covers how Richard came to power, the tale of the Princes in the Tower, his reign over England and Richard’s last desperate charge at the battle of Bosworth to hold onto his crown. Of course, with Richard now interred at the Cathedral across from the centre, the city of Leicester obviously feels an affiliation to Richard and the museum rightly asks the question as to whether Richard III’s reputation as a ‘bad guy’ is fair and justified. Having asked the question though, it leaves it up to the visitor to make their own judgement. 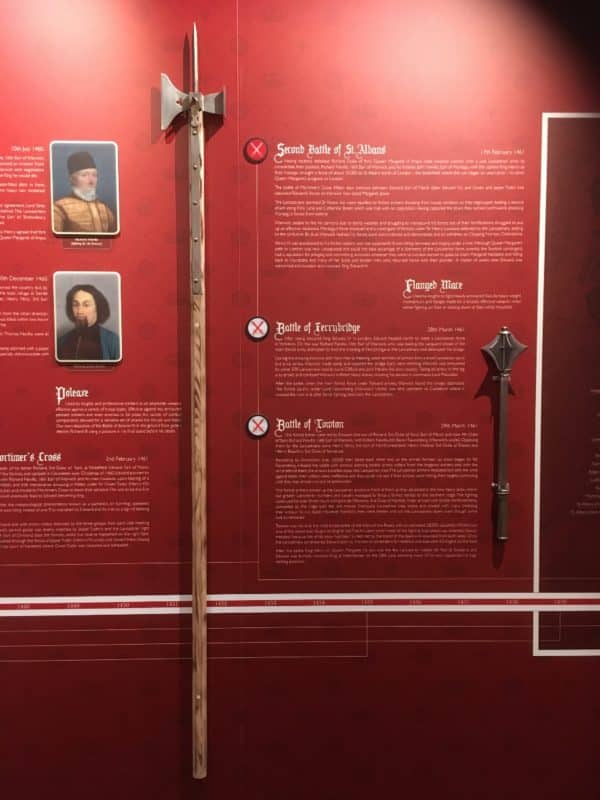 More weapons on display in the Battle Time line.

A large part of the exhibition is devoted to how the archaeologists tracked down Richard III’s burial place and recovered his remains. It is a superb piece of detective work and fascinating in it’s detail. The forensic ‘post mortem’ of the remains is intriguing, if somewhat gruesome. There’s no doubt that Richard III came to a nasty end, deserved or not! 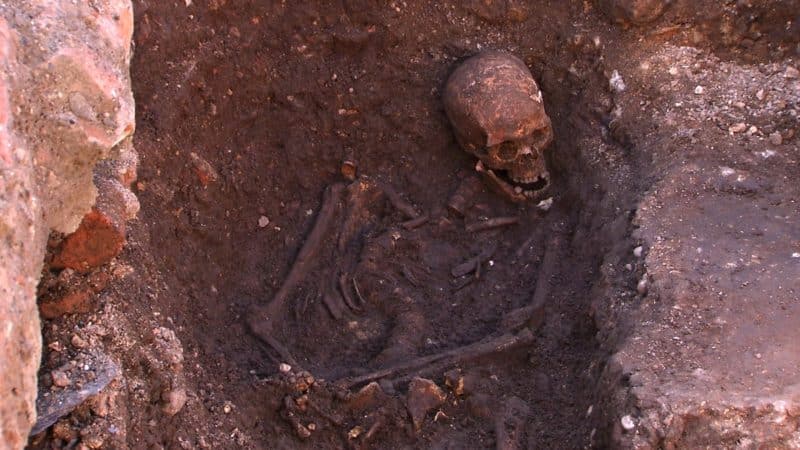 Richard III Skeleton , as it was discovered.

If Shakespeare had intended to vilify Richard III for the sake of his Tudor masters, then over time, I suspect that this has not quite worked out the way that that he intended it to. I think that many of todays public will know of Richards last words as spoken by Shakespeare for him ‘A horse, a horse, my Kingdom for a horse’. Even more will remember him as the King that was found in a car park! 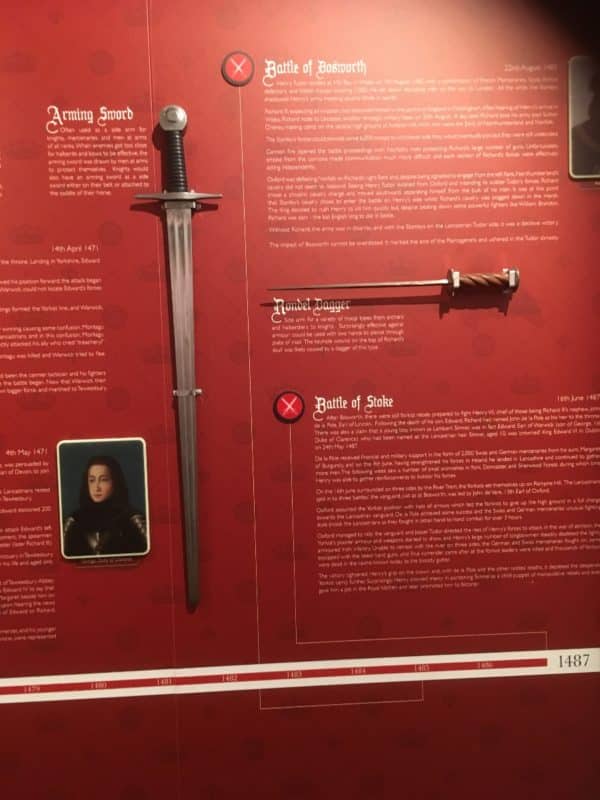 Yet more weapons! It is pretty obvious that these displays caught my attention!

I would definitely recommend a visit to the King Richard III Museum. It will take only a half a day at the most and you can spend the rest of the day as Julie and I did, browsing around the Leicester City Centre and it’s shops. If you are unable to get there then a visit to the web site is well worth a few minutes of your time. The 3 minute video is an excellent introduction to the centre –  the link is below.

If you need hobby supplies to help you build your army, visit our model shop here:

At the time of writing, we post most items for free to most worldwide locations!