The beauty of our hobby is the many facets that can absorb you. I spend a good deal of time modelling and painting (too much according to my Wife!), I game at least once a fortnight and I spend many a happy hour researching, either on the internet or reading. I am currently reading John Hussey’s book on the 100 days Campaign. Actually, it is in two volumes but lets get Volume 1 read first! There’s another facet that I also enjoy, visiting battlefields or historical sites. I have fulfilled one ambition by visiting the Battlefield at Waterloo. You can read about some of my impressions in early Blog articles here:

THE HEROIC STAND OF THE INNISKILLING 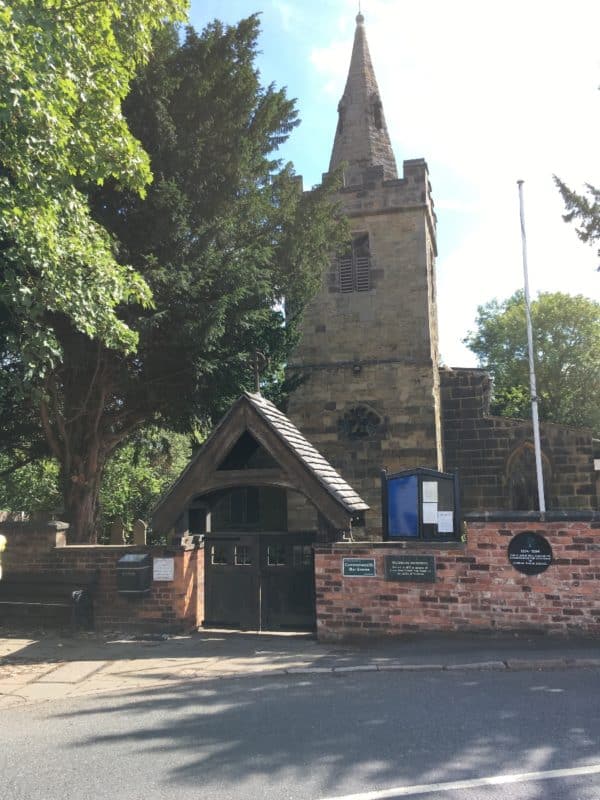 Grand excursions like this are few and far between. However, there is plenty to keep me occupied closer to home in Nottingham. I had come across the story of Corporal John Shaw of the life guards in quite a few accounts of the Battle of Waterloo. I have written a small piece on John Shaw for Wargames Illustrated when putting together a painting guide to the Warlord Games Household Cavalry boxed set.  Shaw was from Cossall, a small village to the north of  Nottingham and I was aware that there was a monument to him in the graveyard at St Catherine’s Church at Cossall but had yet to pay a visit. So this weekend, I combined a trip to Cossall Church with a errand to go out an buy some Wall Paper for the bedroom that we are decorating . Fortunately my Wife was focused on the wall paper, whilst I was day dreaming about Waterloo! 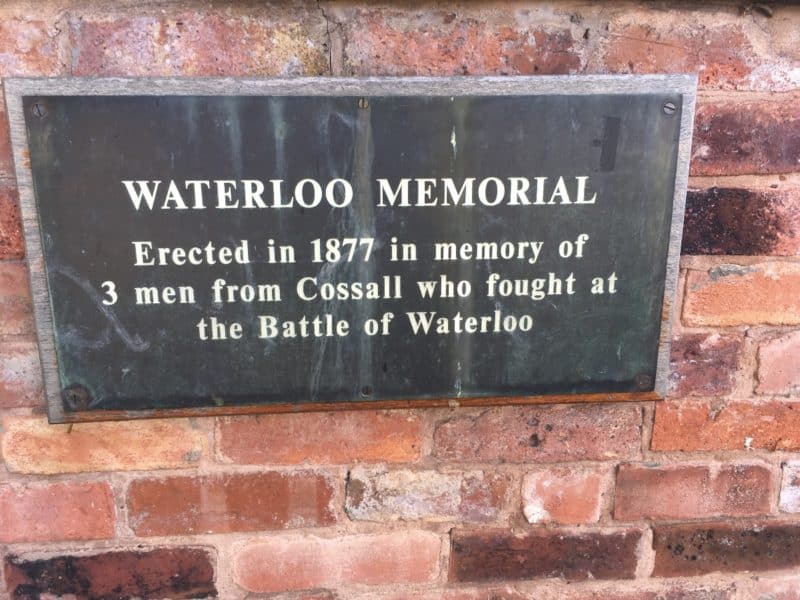 As it turned out, the monument, erected in 1877, is a memorial to three Waterloo veterans, John Shaw and Richard Waplington both of the Life Guards and Thomas Wheatley of the Light Dragoon Guards. The latter intrigued me. I thought that there were only Light Dragoon Cavalry Regiments not Light Dragoon Guard cavalry regiments. According to the references that I have so far found, Wheatley was in the 23rd Light Dragoons. I’m not sure if it is of significance and will do some further research. Was the memorial stone creator being generous in awarding Wheatley Guard status? Whatever, Wheatley survived the battle and lived the rest of his life in Nottingham once discharged from the Cavalry. 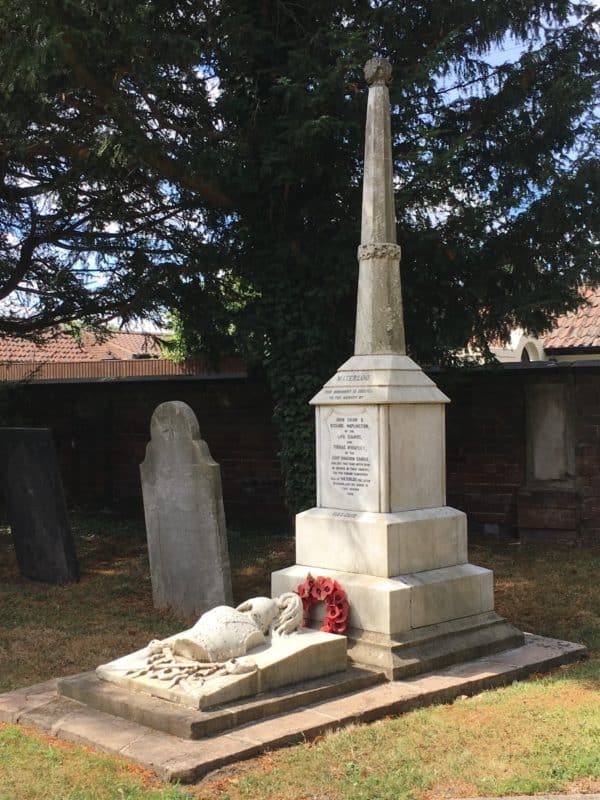 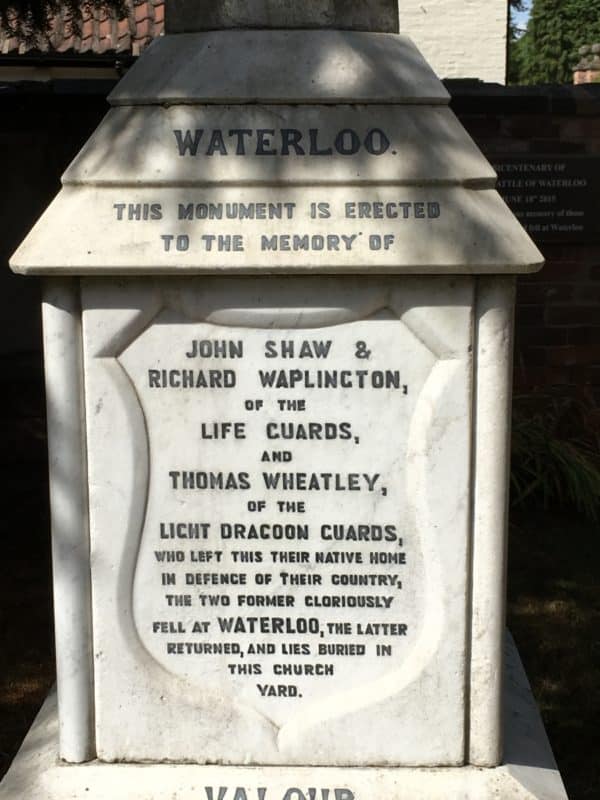 I was unable to locate his grave in the graveyard although I did find other Wheatleys’ buried there – it seems likely that there is a family connection and although a recent web article speculates that the memorial is built on his grave, I am unable to confirm this. 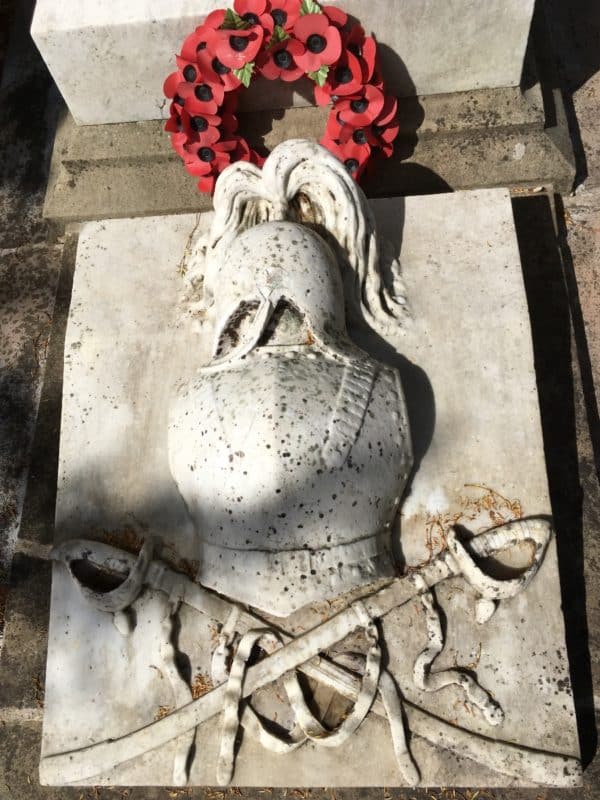 Unfortunately, the church was closed and so I was unable to find further information but I will go back over at some point to see what else I can discover. 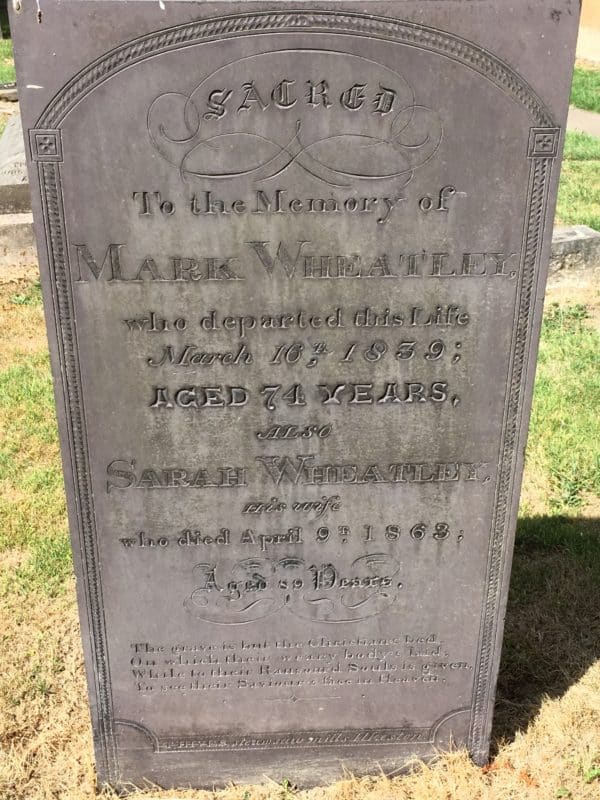 In the course of telling one of my wargaming buddies, Andy,  about my excursion he said ‘of course, you do know that there is a Waterloo man buried in Bingham Churchyard?’ Well despite the fact I have lived in Bingham for some 27 yaers, I had no idea! So I had a wander around the local Church yard and sure enough found the grave of Richard Holt, who served at Waterloo. Initial information indicates that he was with 40th Foot but I have yet to confirm this. If it was so, he not only fought at Waterloo but was across the Atlantic, fighting the Americans in the war of 1812. I had a chat to the Church warden but he was unable to tell me any more about Richard Holt. He did say that he had a relative called Grey, who served in the artillery at Waterloo and who was also buried in the Church Yard but the grave was now lost. 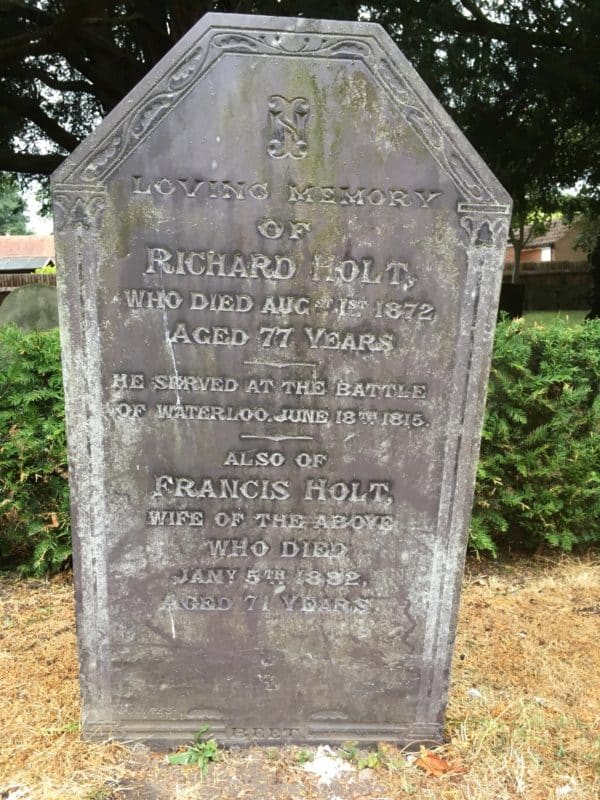 All in all a most rewarding weekend. I’ve commented before that History is often very close to home – it’s just a question of knowing where to look. I find it all fascinating and the stories surrounding the individuals help to bring the past alive. I do love my hobby!