OK, it’s my attempt at a click bait title for this weeks blog but there is some rational behind it. The title was going to be Artillery August – snappy but not quite so interesting. So what am I rambling on about? 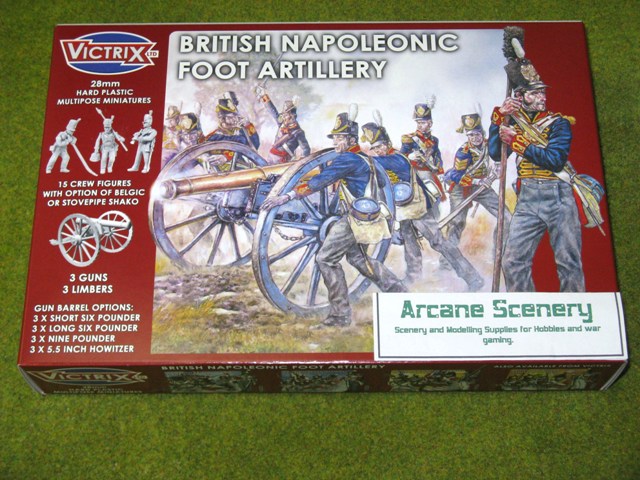 Apart from a further three guns that I finished for my Prussian detachment, I haven’t added any artillery to my army in nearly 8 years! A strange thing, given that I am fascinated by the machinery of war as much as I am by the uniforms of the period. However, I have been adding to my Artillery park by building some of the ancillary equipment. 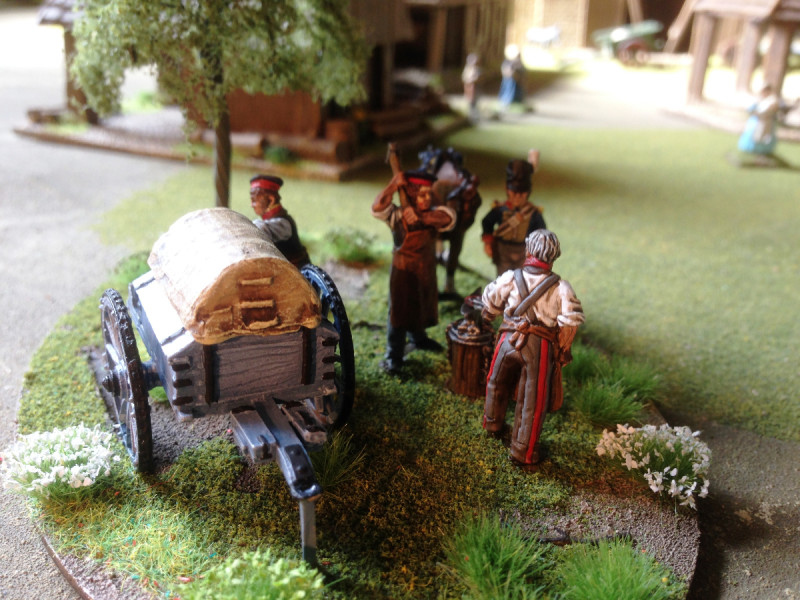 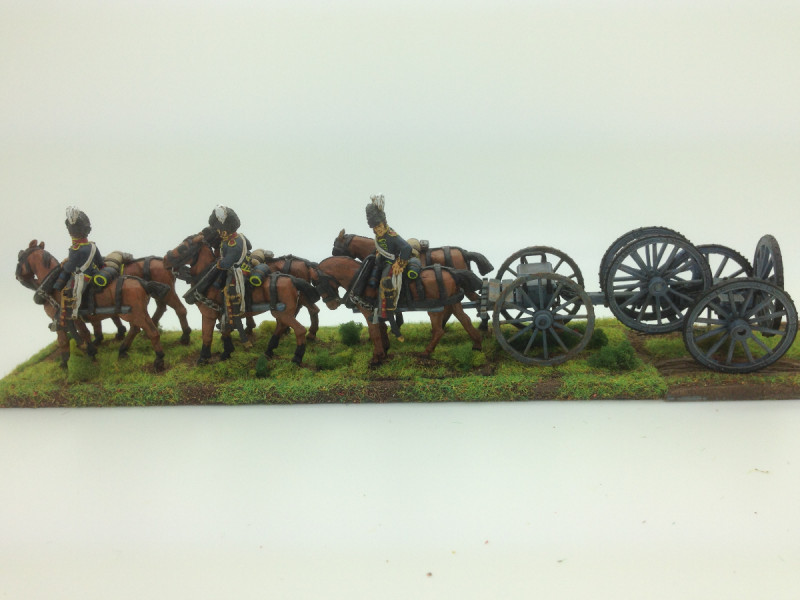 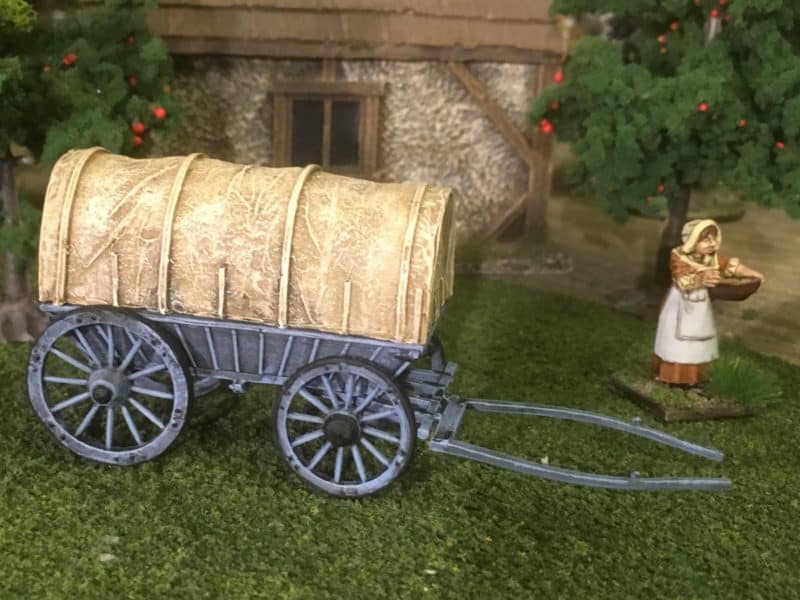 As well as the items shown above, there is also another limber with an ammunition limber, a water wagon and a spare limber and accessories. Quite a collection, so you would think that the last thing that I needed to paint was more limbers. However, Warlord Games had released a couple of lovely limbers, one horse artillery and one foot artillery and in a moment of madness, I was tempted….It was an excuse to add some Horse Artillery Guns to my army.

I started by cleaning up and assembling the guns and then went on to do the same with the limbers. They were then primed with Army painter Neutral Grey and I was ready to paint them. And now we come to the point of the blog post title – what colour is British Artillery painted? Well the answer is straight forward enough. British Artillery was painted a grey colour. Charles Franklins superb book on British Napoleonic Artillery shows the pieces to be painted a light grey – somewhere in the book ( the exact page eludes me as I write this) he gives the recipe for the paint which is a white base with lampblack mixed in a particular proportion to produce a neutral grey finish.

The problem for me is that in 2010 when I first started painting Napoleonics, the references that I initially found seemed to indicate that British Artillery was a bluish grey. In fact if you look at the art work on the Victrix box, the cannon look as though they are almost a pale blue. So when looking for the correct colours, I was pointed in the direction of the Foundry Triple, British Blue Grey and that is what I used to paint my British Artillery. 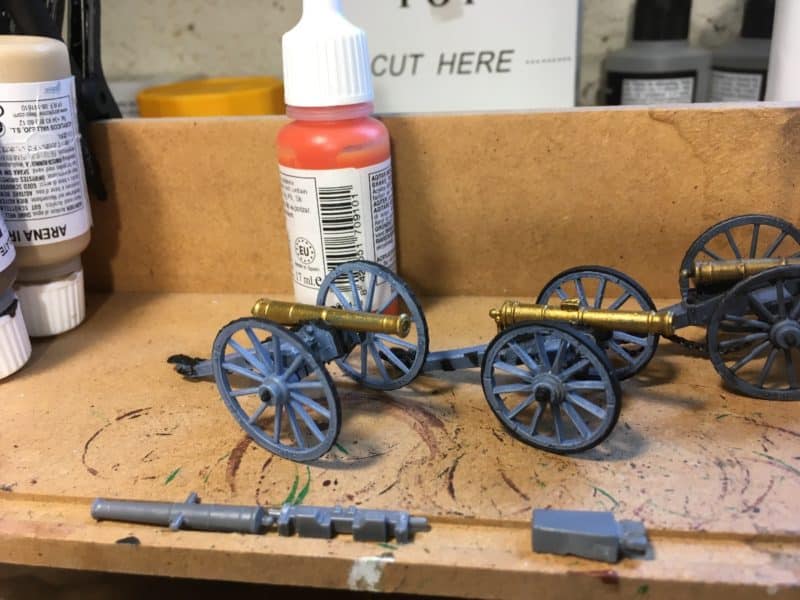 Next batch of Cannon

Now that I am converted to Vallejo paints, I think that I would now use Basalt grey as the under coat and gradually lighten it using Neutral grey through the light grey for dry brushing the details. In fact I started to do so on these new guns but then changed back to the Foundry Blue Grey. I decided that it was better for my collection to match than to have different coloured artillery in the same army – and no I’m not going back to repaint what I have already finished (that is despite my OCD circuit going into overload!). 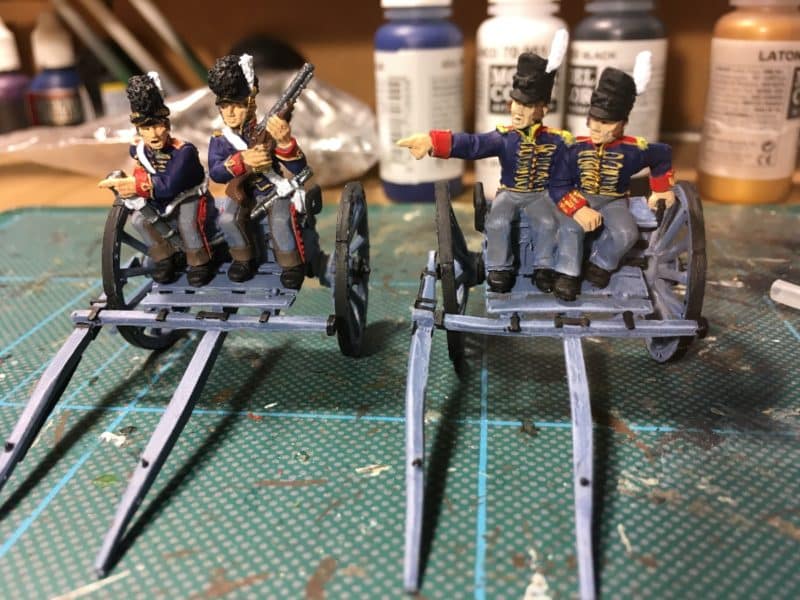 As with many colours, the lighting can influence what you see, but there is definitely a hint of blue that probably shouldn’t be there! Once the models are inked or painted with quick shade, this effect will tone down and in the normal lighting conditions that seem to be common for wargames, they will look fine, albeit a little darker than perhaps they should. Incidentally, if you doubt that the same colour can look different under different lighting compare that pictures of the supply wagon with the wheel wagon and limber. I promise you that both were painted with the same pot of paint and highlighted and inked in the same way. It is either the lighting or photography that has changed the Supply wagon to blue! 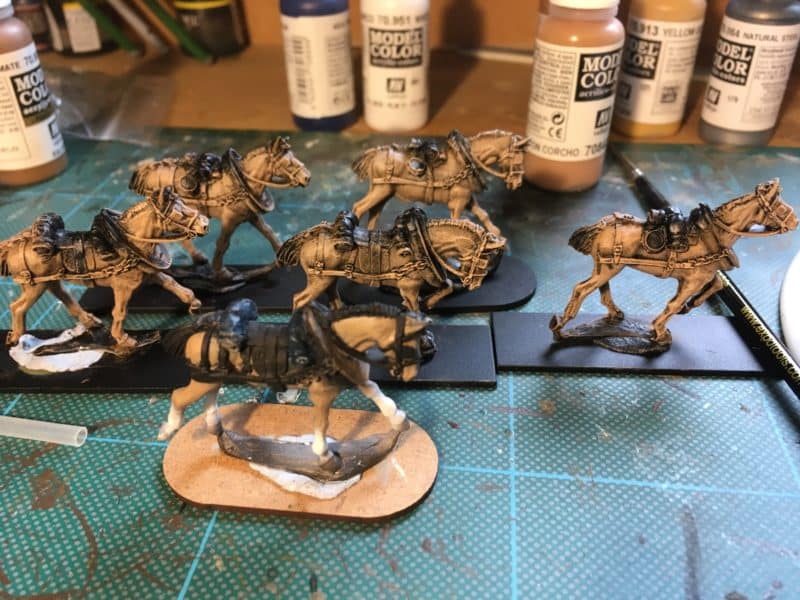 Work in progress – horses for the limbers.

So August is Artillery month for me. The plan is to complete the two limbers along with the 12 horses and 6 outriders and at least three guns and the 12 crew. I hope that I can then consider this part of my collection complete for another eight years…. I will follow up this blog with progress and show off the completed limbers in the next fortnight or so. I’ll also detail the colours and painting process that I have used to get the models finished.

Nearly all of the paints, brushes, finishes and Models and much more are available, post free from my shop here:

I haven’t supplied links to every thing this week but if you look in the manufactures categories, you will see exactly what we have in stock ready to ship. If you have problems finding something, please contact us through the shop link.

If you found this article of interest, there are plenty more to browse, either by category or date but if Napoleonics is your passion, particularly British and their Allies, click here:

I hope that you find the articles usful. Have fun!