I am gradually getting to grips with the organisation of the British army in WW2, and more specifically, the BEF in 1940. I would have thought that after being immersed in the button counting world of Napoleonic’s, a more modern period would be easy to grasp. Well I don’t find it so. It doesn’t help that I have been influenced by all of the war films that I have watched over the years. In the films, the Hero – Sergeant, or who ever was in charge, always seemed to be talking to his platoon of ten or so men. I now understand that a Platoon is a much larger body of men, and it is the Section that is the building block for the modern British army. 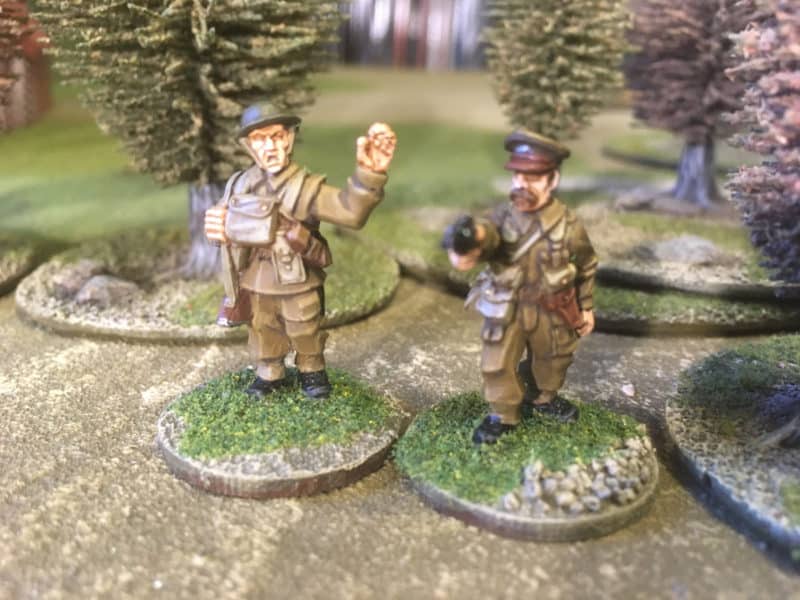 Lieutenant and Sergeant command the platoon.

Having read various internet articles on the subject, which to me appear vague – originally eight men to a section, then eleven ( including the corporal), then may be ten later in the war, all depending on casualties, I became confused. I could have saved myself a bit of time if I had just looked at the Perry’s Eighth army plastic boxed set. They explain it all very simply in one diagram! So one full strength section comprises of 8 men with rifles ( probably) and two men that make up the Bren gun team. Ten men to a section. Three sections to a platoon. You then have a small Platoon HQ, which generally comprises of the Platoon Commander – a Lieutenant, the platoon Sergeant, a couple of runners, an anti tank gun team ( Boyes rifle or PIAT) and a 2″ mortar team. So I need to paint around 38 figures to complete a platoon. That will do for me, I cant cope with a load of if’s but’s and maybes! 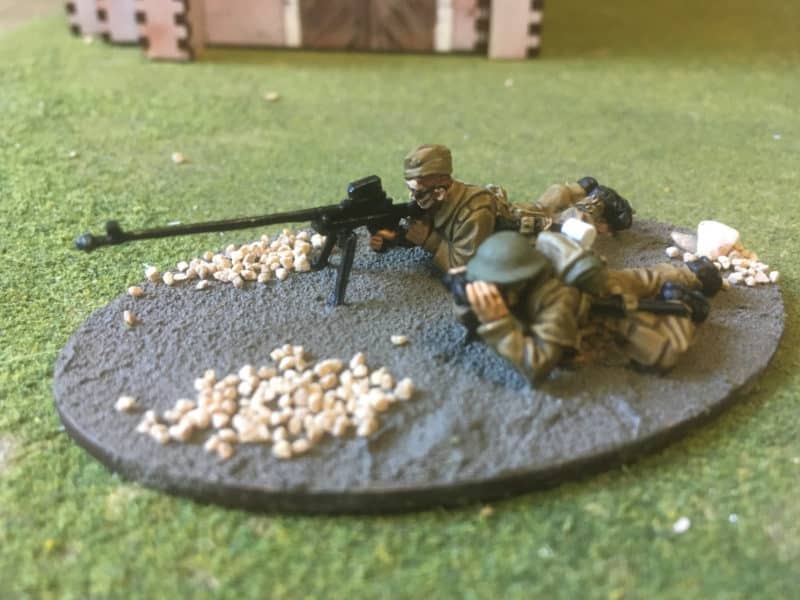 The confusion that I was feeling was because a variety of extra weapons teams or transports, organised in additional Platoons at Battalion level, can be attached to or deployed with the basic rifle platoon to give it some extra muscle. So you might have an extra Vickers HMG attached to your platoon or a couple of 3″ Mortars, or even an anti tank gun fighting with the rifle sections. Also Sergeants and Corporals might be carrying a sub machine gun rather than a rifle. Just to make matters worse for me, the battalion or regimental markings are very subdued. No brightly coloured facings or flags on the modern battlefield! 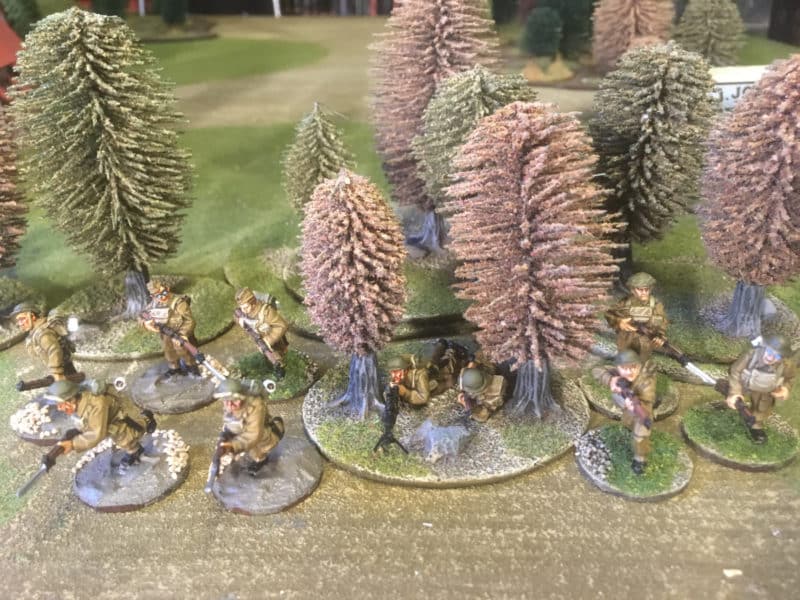 The same sort of approach was taken to deploying tanks. It’s not like the cavalry of my Napoleonic army, where you model the basic regiment and line them up all together. I’m sure that there were occasions when that happened, but again, it seems as though tank platoons or companies were attached to infantry or visa versa, as the need arose. I suppose that the commanders took a pragmatic approach and allocated whatever resources they had to acheive their objectives. In the case of the BEF, particularly as the fighting got underway, things became more chaotic and deployment was more fluid. With casualty replacement less likely as the campaign progressed, the ideal section or platoon rarely existed. It’s all very different to building ‘blocks’ of men that will represent a fighting unit. 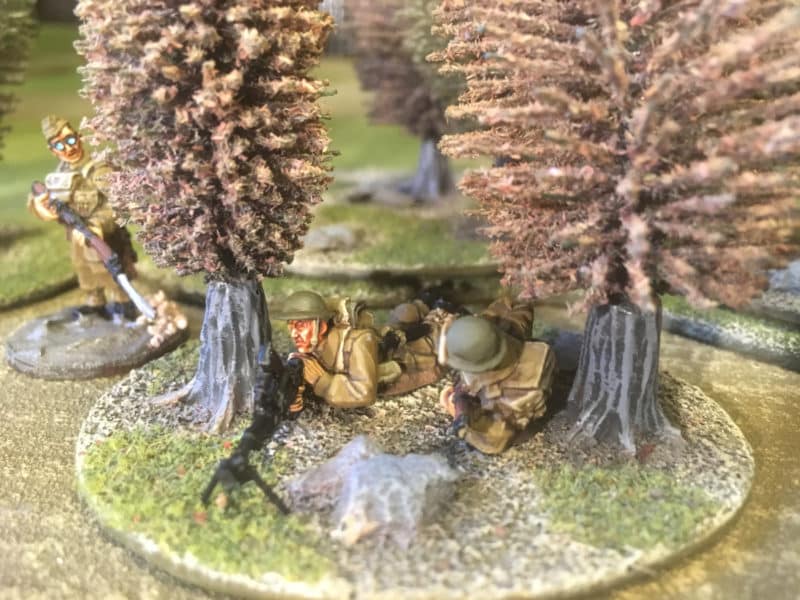 I suspect that once I have decided on a rules set, the size and type of force will become clearer. To be fair, I need to play a bit of catch up in terms of the history. Most of the books that I have read deal with the grand view of the battles rather than the specific units at platoon level. In most WW2 games, the action takes place at platoon level. In effect, one model soldier represents one soldier in history. This is in contrast with earlier historical battles where the action took place in the main at Battalion level. I guess, that wargamers moving from WW2 back to Napoleonic wargaming find it just as confusing as I do moving the other way!

In the meantime, it would be nice to finish my first section!