I seem to be affected by lockdown lethargy. Whilst Facebook is filled with people apparently charging through their lead pile and painting army’s, I seem to have slowed my output even more than usual. It’s two weeks since my last blog post and I’ve had to resort to a ‘What’s on the Workbench’ post as in that time, I haven’t actually finished anything! 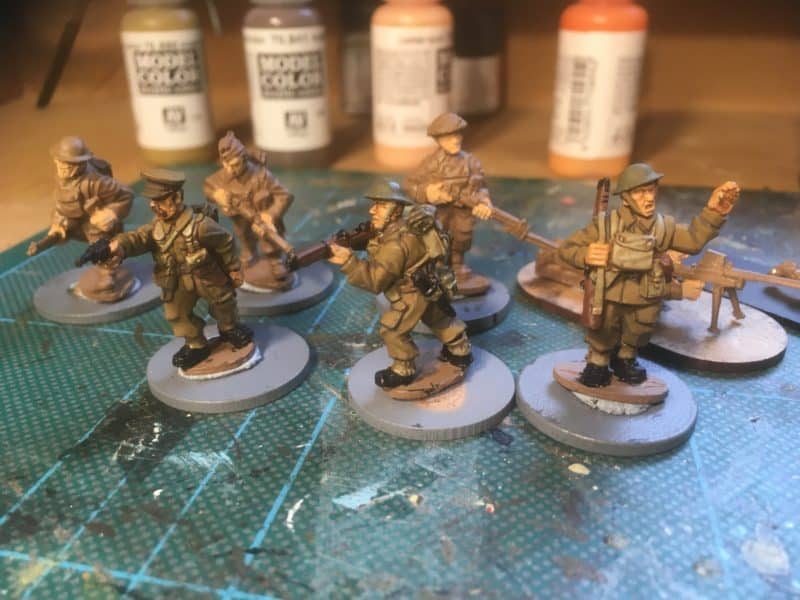 In fact, my lead pile has got slightly taller as I’ve acquired yet more WW2 British infantry to paint. I think that I have strayed into collecting mode again, picking up items that will look nice when they are completed rather than painting for gaming or working towards a cohesive army. I’ve been helped in this direction by the lack of any opportunity to actually play a game. The closest that our group has got to gaming is to meet up for a socially distanced burger in the back garden one evening and have a chat about life in general. Still, at least we have remained in touch. 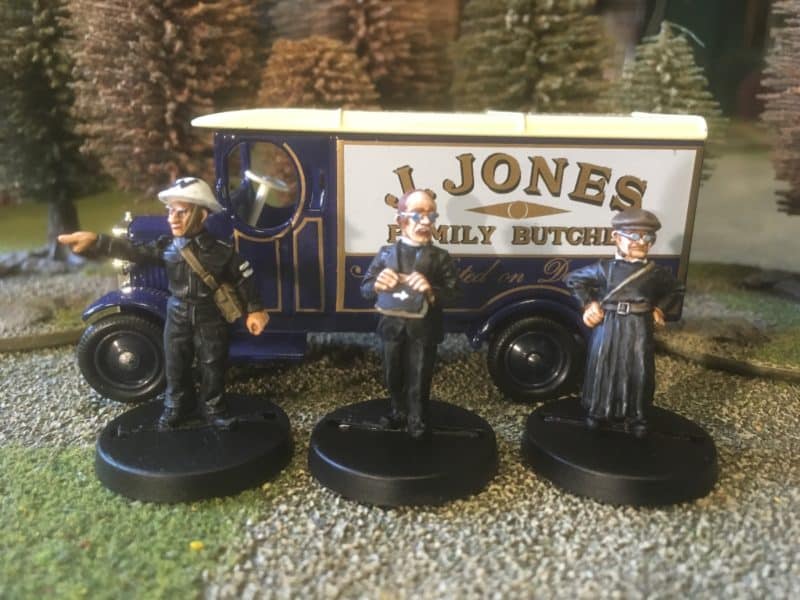 Hodges, the Vicar and the Verger from Dads Army, by Warlord Games

So what have I done? The Dads Army contingient has grown with the addition of Hodges, The Vicar and the Verger. I still have the ‘civvy’ versions of the characters to paint. I’m also working on rebasing the other members of the Dads Army Platoon. I’ve decided that I dont like the plastic ‘plinth’ bases and I’ve converted them to MDF ones. Once again, I have yet to finish this but should get them completed tonight, if all goes to plan. 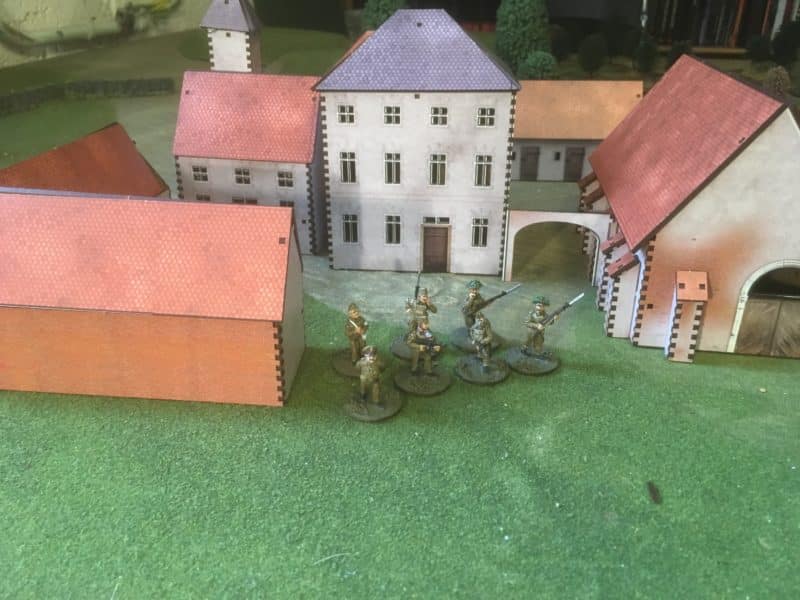 As you can see, I’ve also acquired a model of Hougomont. The model is by a Company called WoFun, based in Romania and my good friend Andy Callan is doing some work for them. Like all the models available from WoFun, it is laser cut MDF ( or acrylic for the figures) with a printed finish. Andy passed me the Hougomont model to test build. It’s an early test shot and the sharp eyed reader will spot some errors, which will of course be corrected for the final release. Once again, although I have put the majority of the kit together, the walls and North gate are yet to be completed. I also intend to base the buildings. The buildings are so well cut that at this stage I have simply slotted them together, without the need for glue! I will go back and glue everything but I think that I will keep the set as modular buildings to be used in our games once we get back to the table!

At the moment though, it is the early war British that are on the paint table and I suspect will be for some time. I still have no real plan for them but perhaps once lock down is over, a game of Bolt Action or Chain of Command will prompt me to complete a force for the gaming table.

You can see the WoFun ranges here ( well worth a look!)