I’ve had quite a productive couple of weeks since my last blog, with a number of projects moving towards completion. The Vickers VIb is now more or less there. I still have to add some stowage but I have yet to find exactly what I need for this or take the time to make it from scratch. However, I have completed the weathering and added some markings. The decals are sourced from Warlord Games and supplemented with some hand painting. I also added the aerial and flag – another cut down 50mm spear from Arcane Scenery, the flag is just paper. So for now, I’m calling this one done. 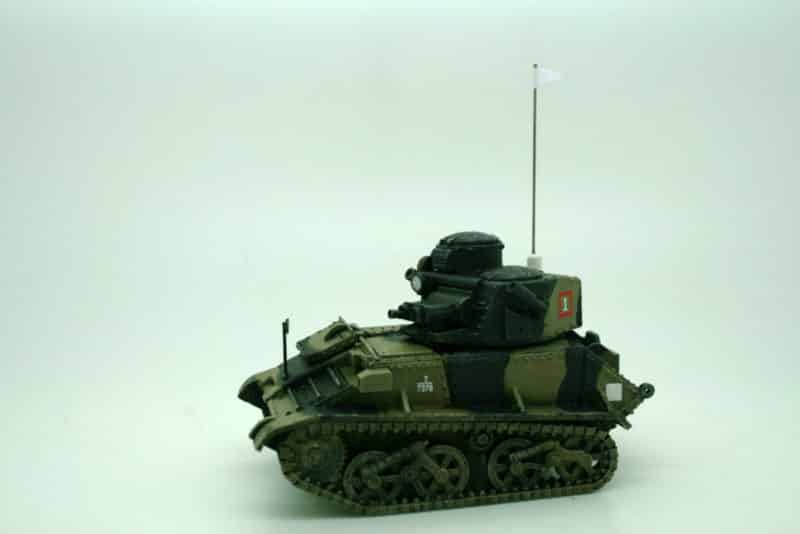 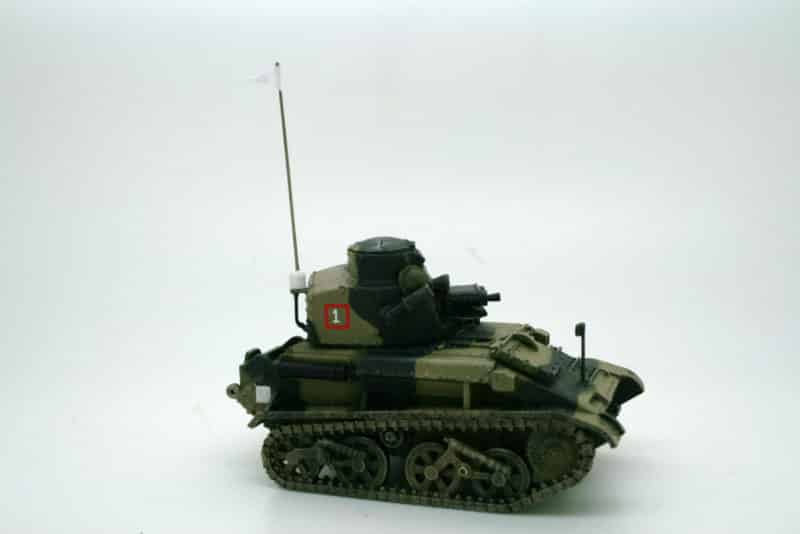 Vickers VIb other side!

It’s worth pointing out that the markings that I have used are conjectural, and I have used a number of different picture references of tanks to come up with the layout. To be fair, the experts aren’t really sure of the markings used as there doesn’t seem to be a standard layout. The white squares do indicate that the tank is part of the BEF in France. 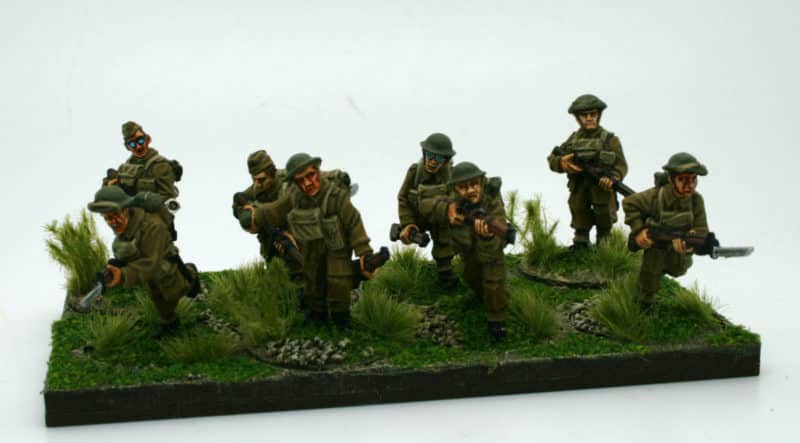 BEF section in their ‘movement tray’. 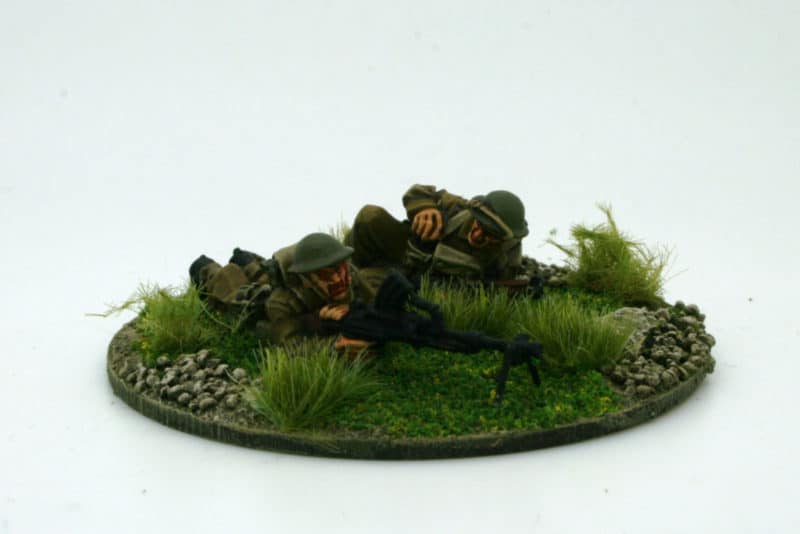 Also now complete and based are the HQ section comprising of a 2 inch Mortar: 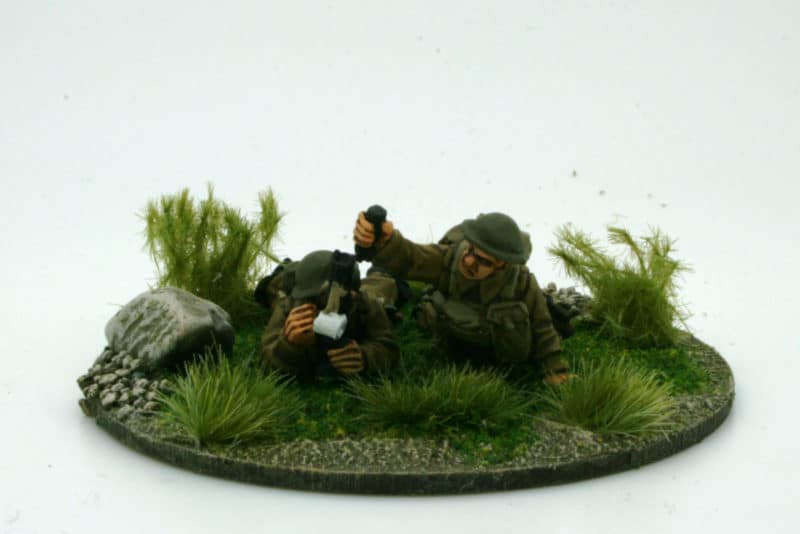 and the Boyes Anti Tank Gun: 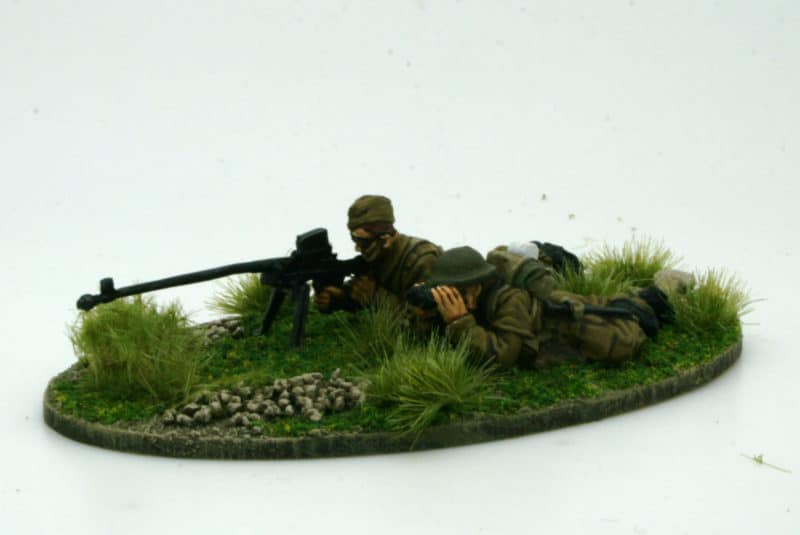 The HQ is a man short, with just three figures at present. I’m on the lookout for a medic or spare man to make up the numbers. 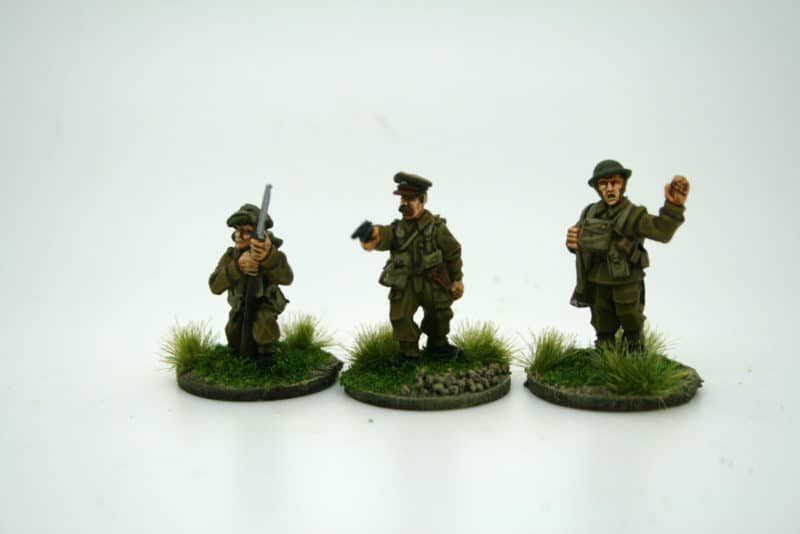 The last unit that I’ve added is the Vickers HMG as a support, which means that I have completely finished the Warlord Games BEF boxed set. I’m not entirely happy with the Vickers gun and may revisit it but for now, it will do! 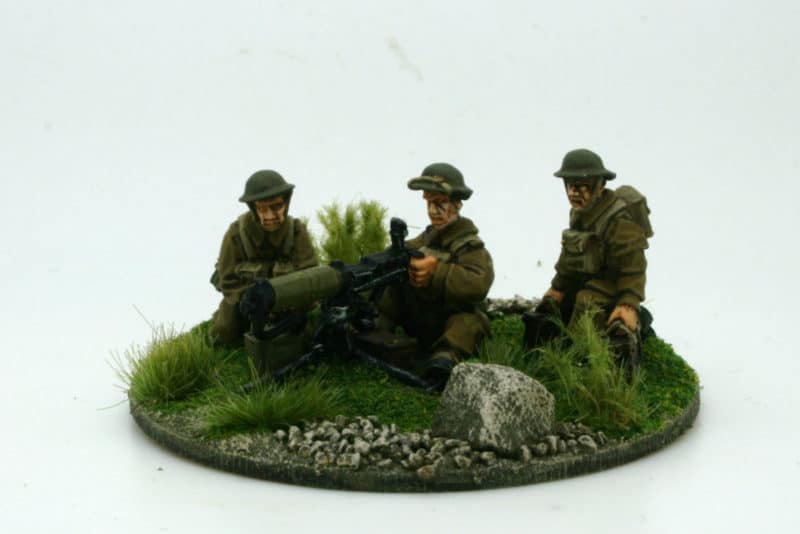 I’ve also been busy basing up my Dad’s Army Home guard Platoon, using one of the ‘new’ scenic MDF bases from Sarissa. The main characters all fit into the ‘sabot’ bases that I have made and can be removed should I decide to game with them. 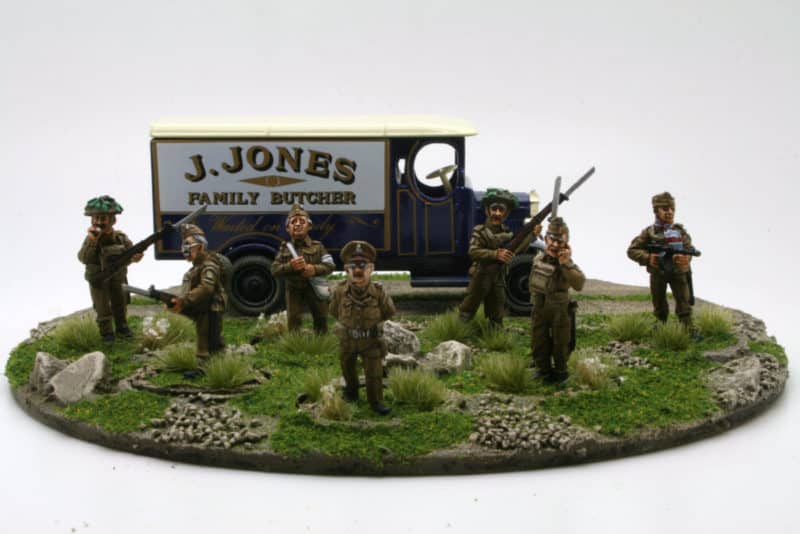 Dads Army on Display Base

I’ve also transferred the Vicar, Verger and Warden to renedra paved bases, so they look more at home. 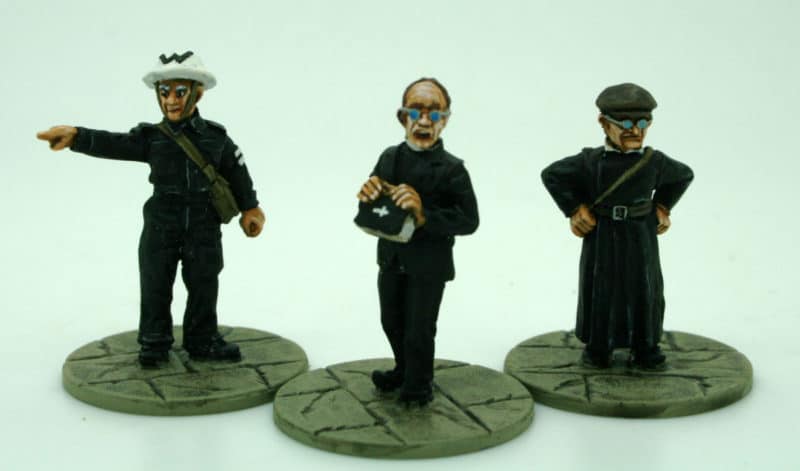 Finally, I’ve made a start on a Home guard Smith gun. The crew are complete and the gun needs weathering and the set basing. 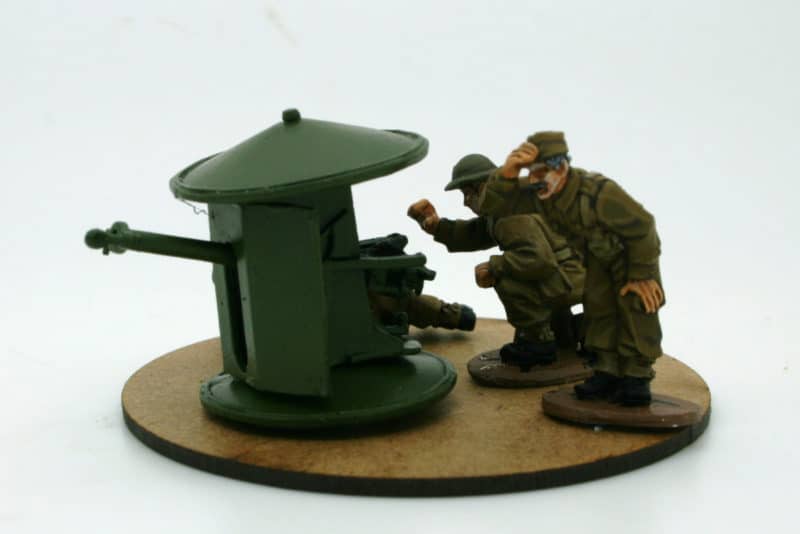 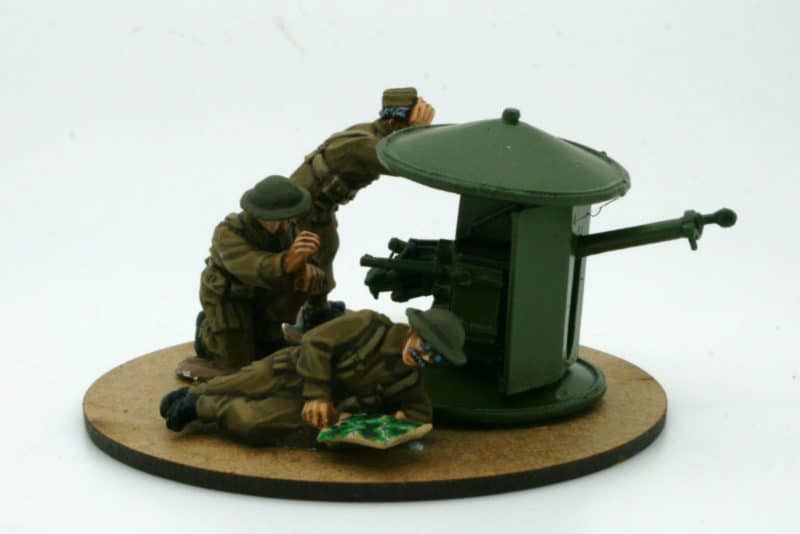 I still haven’t worked out whether I will game with these figures or I am just collecting them for my display cabinet. The thought of painting another 20 BEF figures isn’t as attractive as painting a few more tanks and weapon sets, such as the 2pdr AT gun or some of the quirky home guard weapons, the Blacker bombard and Northover projector. I suspect it will be a mixture of all three!

Almost all of the paints, miniatures, bases, basing materials and anything that you are likely to need for your hobby are available POST FREE at the time of writing, from my shop here:

You can see the Blitzkrieg range of both 1/48th and 1/56th scale tanks here:

You can find the Warlord Games WW2 British sets ( including the Dads Army set) here;

We carry a full range of Evergreen Plastic – ideal for modelling and converting:

If you haven’t got a piece of wire….the 50mm spears are here!

If you prefer proper brass rod or tube, we carry a huge range of Albion Alloy metals here: