Lets start with what’s off the work bench! I’ve finally finished the battalion of Black Watch Highlanders that I started back in September. It’s taken nearly two months to get these finished and based, although my usual painting routine has been interrupted by a holiday and other domestic events. I have had to do some decorating, although I’m sure that this qualifies as mental cruelty. Some how, gloss painting doors and emulsioning the walls and ceiling of the bathroom doesn’t have the same appeal as painting model soldiers! That said, I have been dragging my heels with this project, so it was good to get them based and in the cabinet ready for the next Napoleonic wargame. Of course I have been working on other projects – WOTR Crossbowmen and the new DeeZee cavemen, so I cant really blame the decorating for the slow turnaround of the Highlanders! 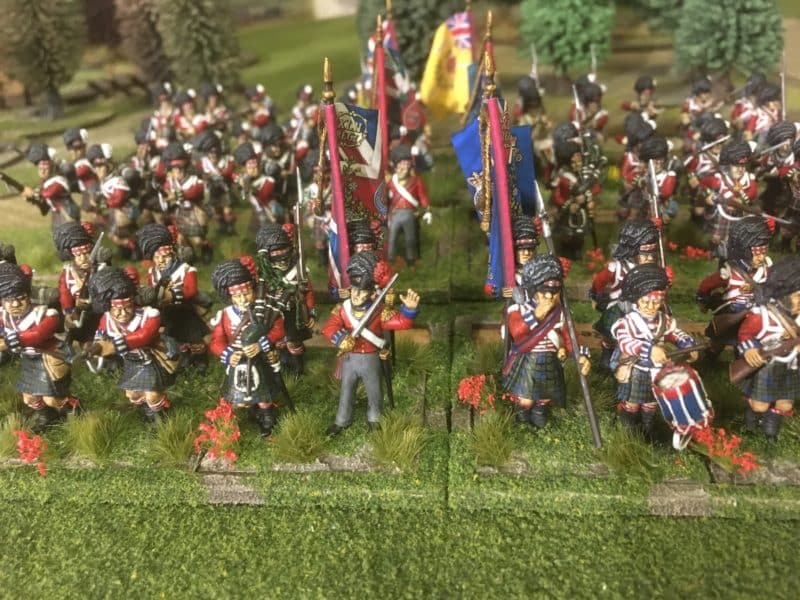 The Black watch completes my Highland contingent at Waterloo.

I will now get back to my growing WOTR army. I have just about enough figures to game using our current big skirmish/small battle rules set, ‘Nevermind the Bill Hooks’. However, I do intend to build the Army to give me a bit more flexibility and the possibility of having enough figures for two players. I have now defined exactly what I need to complete this project. My WOTR army will consist of: 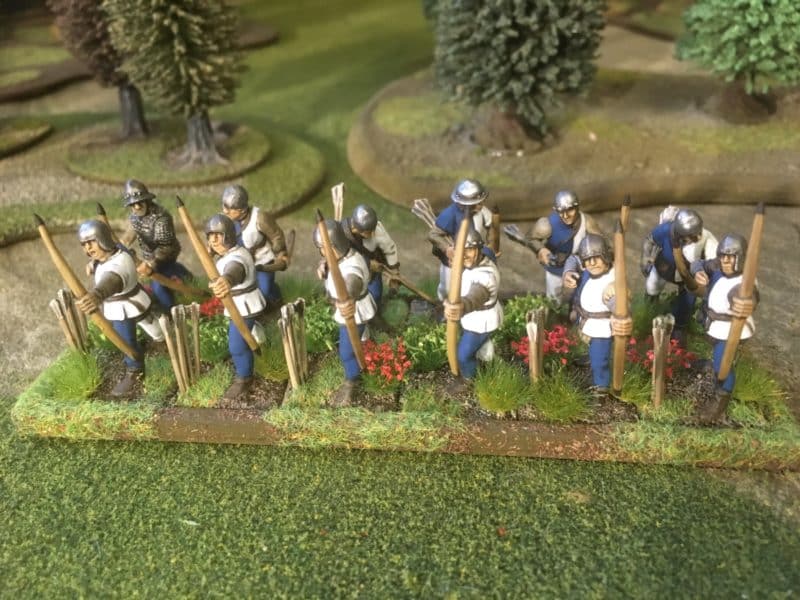 4 units of 12 Archers of which two are finished. 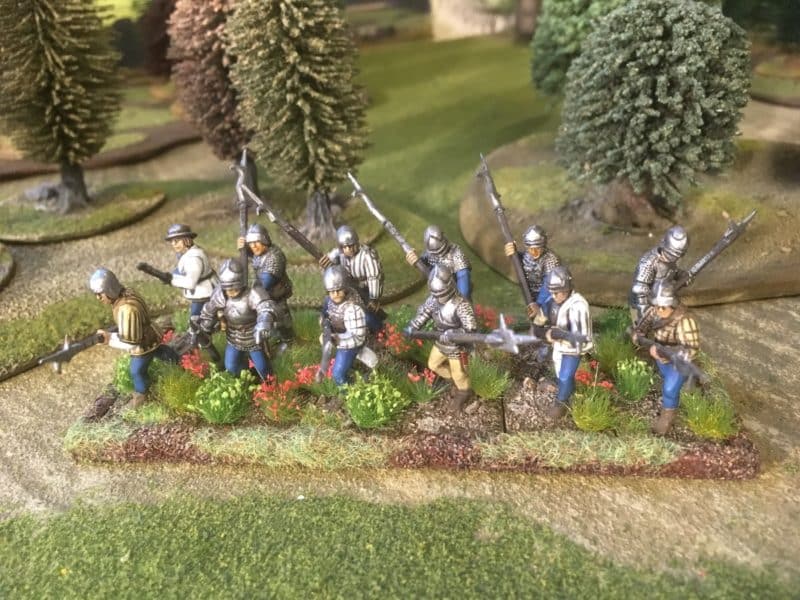 One Unit of War of the Roses Billmen.

4 units of 12  Billmen of which only one is complete. 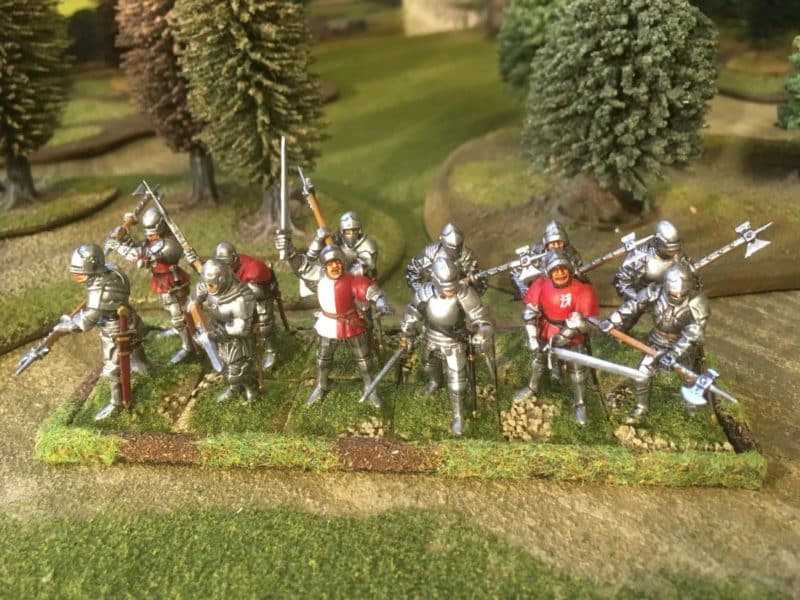 3 Units of 12 Foot knights – all completed – actually it’s unlikely they will ever all be on the table with the army and for the time being, I’m using one of these units as Billmen. 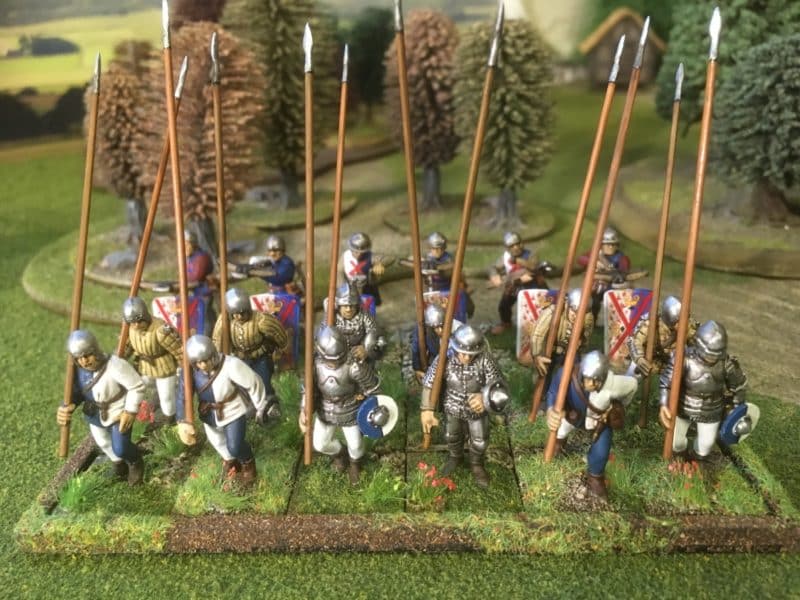 One unit of Pikemen (Crossbow men in the background)

2 units of Pikemen to form a Pike block – one unit completed, the other underway. 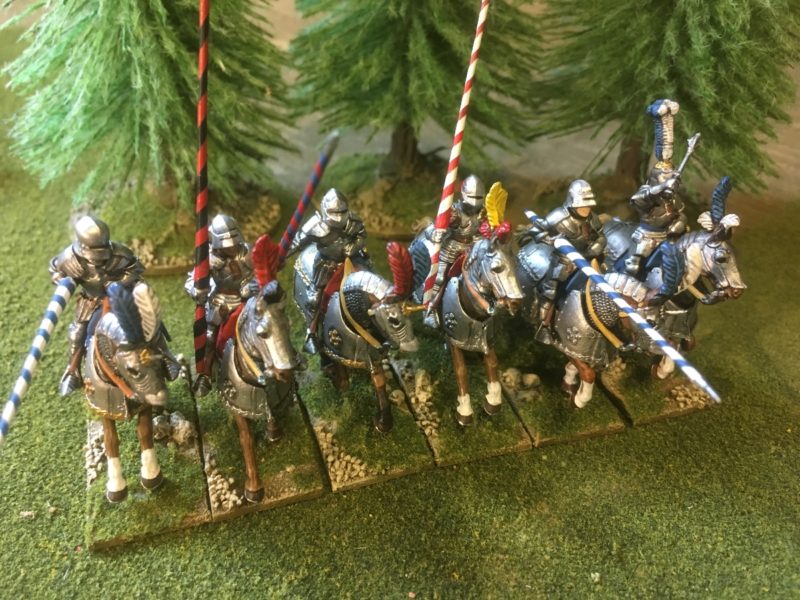 Six Mounted men at arms -the rules set that we use has units of 8 cavalry.

1 Unit of 12 Light cavalry – yet to be purchased

The above will be deployed in units of 8’s and as with the Foot knights, I probably will have too many cavalry but will have options! 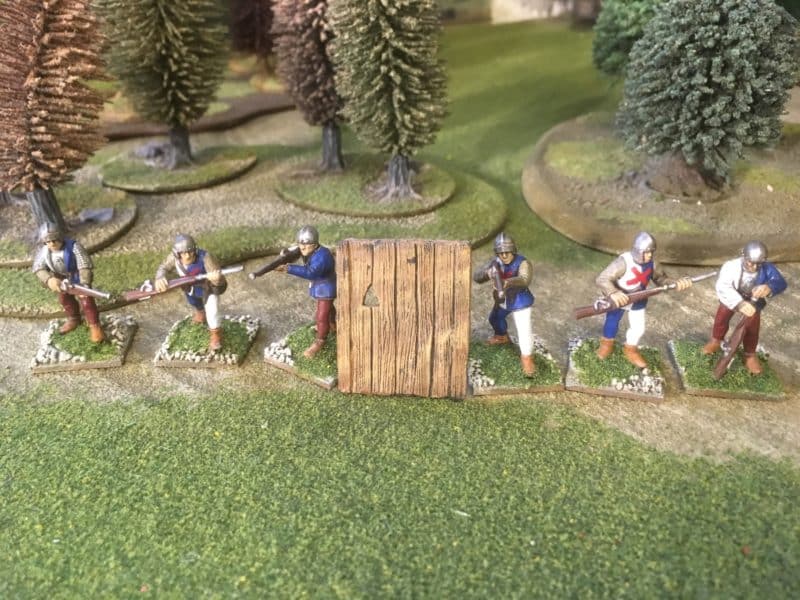 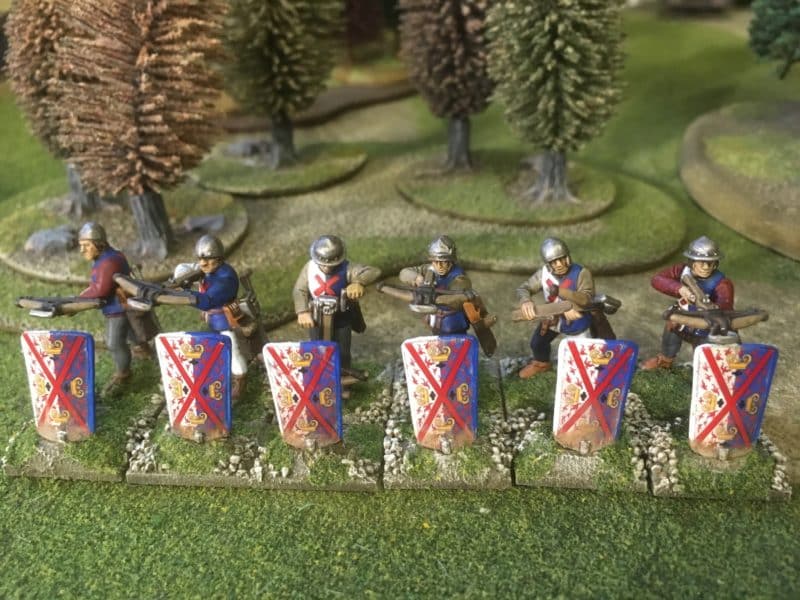 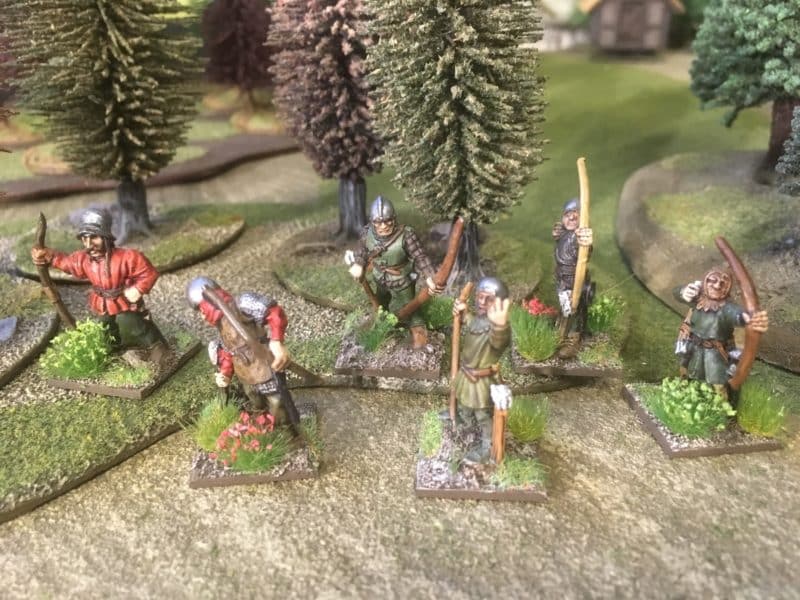 one unit of Skirmishing Archers

2 Artillery pieces – yet to be purchased.

Once this list is complete, my WOTR project will be more or less complete, although I suspect I will add a few character figures along with some baggage pieces and of course, some scenery. So this gives me about 84 or so figures to paint, plus the artillery. 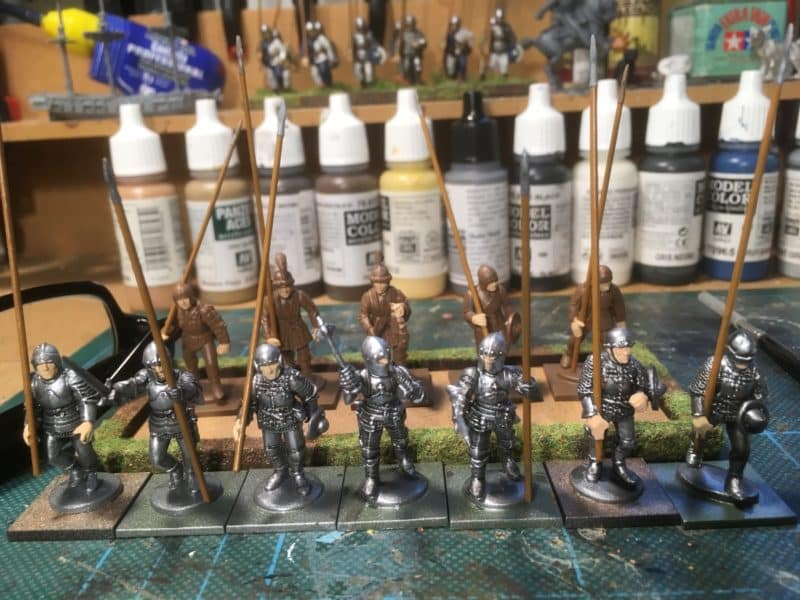 Pikemen on the painting board

The pikemen are already on the painting table and in order to complete the unit, I’ve had to put a few men at arms with spears and command figures in the block to make up the numbers. It will just about pass though and should look good enough on the table.

So the plan is to complete this army for the end of the year, so that I can start the New Year with a fresh project. Quite what that will be I have yet to decide. I have a Napoleonic Caribbean force to get finished and I have a few Indian wars/AWI models in the lead pile. Perhaps I might finally get on with painting a few tanks for WW2…..

We carry the full range of Perry’s Plastic sets and supply them post free to most worldwide locations at the time of writing. You can see the WOTR sets here:

To see the rest of my WOTR articles just click on the War of the Roses category in my blog:

WAR OF THE ROSES