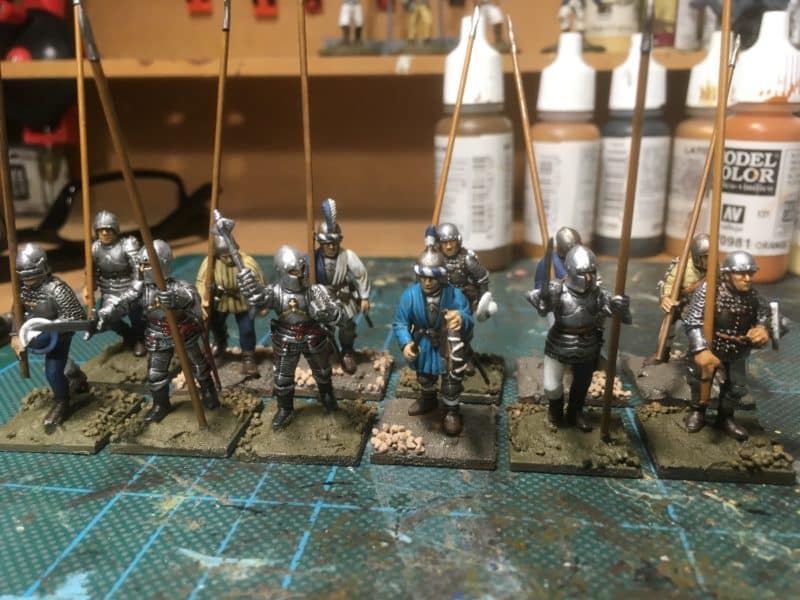 Pikemen in the process of being based

Last week I said that I would detail how I painted the unit of Pikemen for my army – However, things have moved on!  I have been somewhat diverted from my usual painting by the exciting news that Andy Callan’s rules set for the War of the Roses, ‘Nevermind the Billhooks’ is due to be published in the New Year. I’m afraid that I cant reveal further details at this point. I have been asked to produce a simple step by step guide to painting some figures to help to illustrate the Rules set and so this project has taken over the work bench. 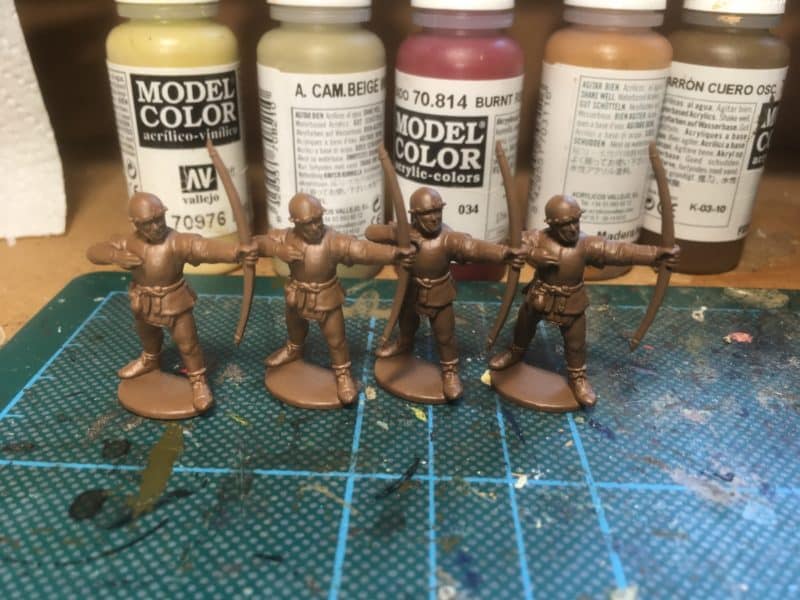 I’m by no means a ‘pro painter’ – my focus tends to be on painting units that I will use on the wargames table. The idea isn’t so much as to show people how to paint to a competition standard, just to give some ideas as to how easy it is to muster a retinue to play the game with some reasonably painted figures. 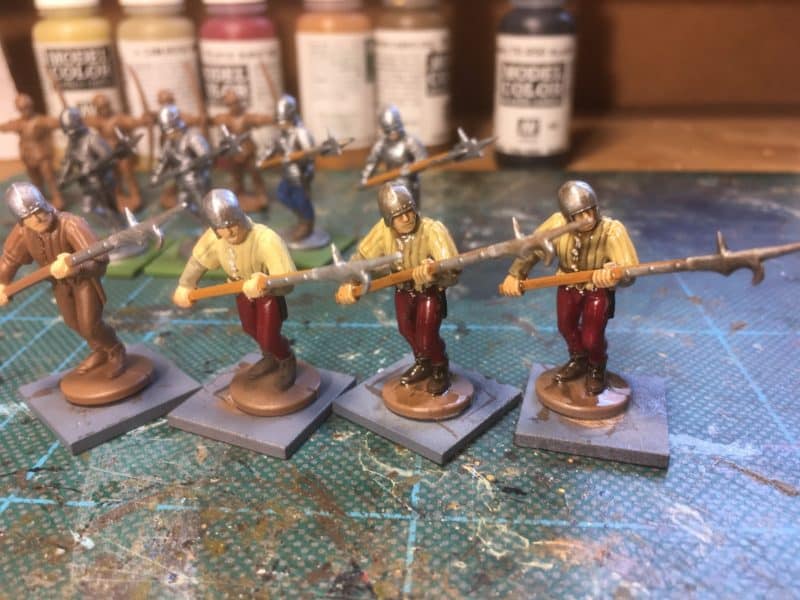 This has meant that I have had to give a bit more thought and planning my normal painting routine to show the step by step process. The result is to have partly painted figures to do this, so that they can be photographed for the article. As you can see, I decided to show three different figures and how to produce a basic paint job on each to get them ‘table ready’. This meant building four of each figure in near as possible identical poses and working out a step by step painting plan.

I won’t describe that process here – you will have to wait for the article! However, once these figures are photographed – assuming that they are accepted – I can then move on and complete the final units for my War of The Roses Army. Just to finish, Here is  a couple pictures of the Army so far, as usual taken on my i-phone. One day, I must take some nice photos with a proper camera! 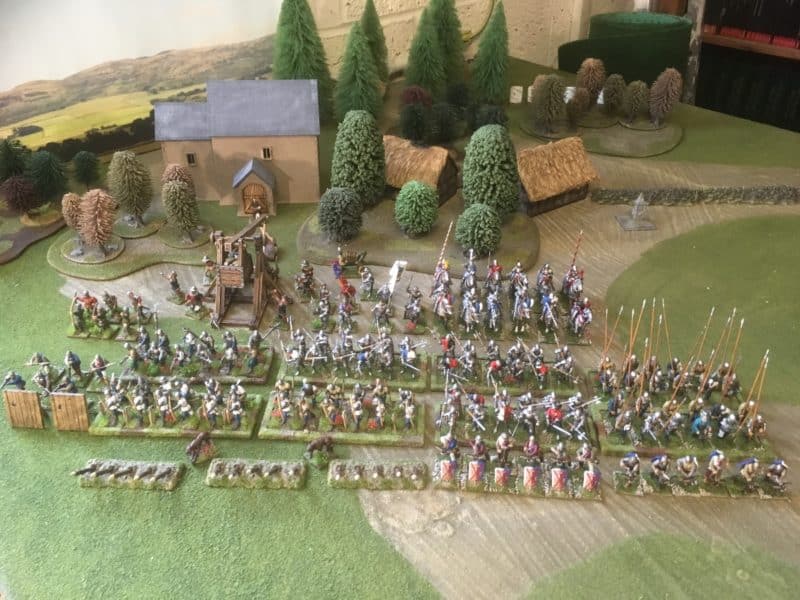 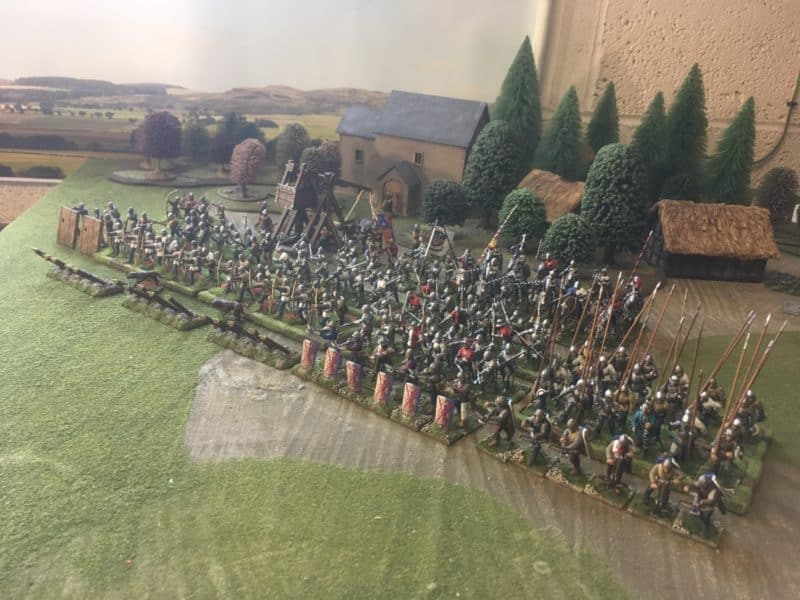 Another view of the Retinue