One of the pleasures of the hobby, that I spend most of my time so immersed in, is the different facets that can be enjoyed with other people, family and friends. We are very lucky in this country to be surrounded by history that is very accessible and often set in the beautiful English countryside. So a casual walk with the family can still be a source of inspiration for my hobby. 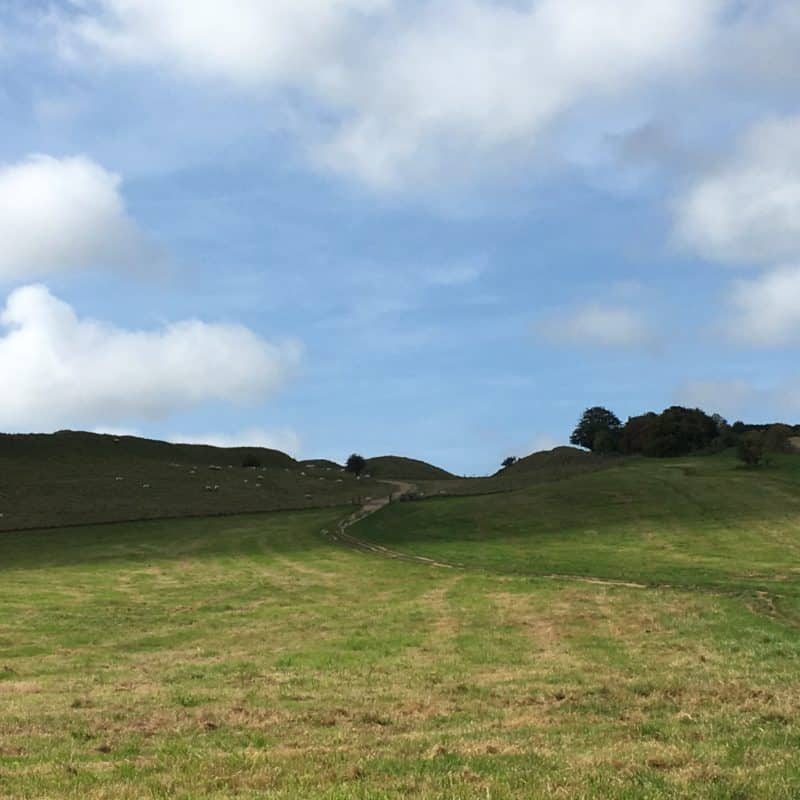 A walk in the country

We were in Dorset to celebrate my Brothers 60th Birthday and after a nice meal, a few drinks and countless games of Pool on the previous night, a nice walk to blow away the cobwebs was required. Pete had discovered that Maiden Castle, the largest Iron age hill fort in the country, was just a stones throw away from where we were staying. Even better, although being looked after by English heritage, entry is free! 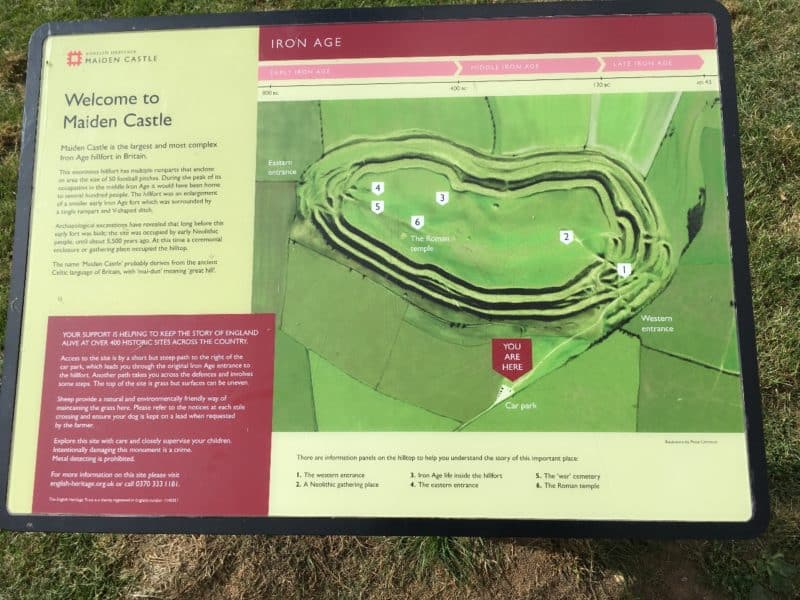 Rather than include the history of the castle here, I’ll add some links at the end of the blog so if you are interested, you can start your own research. In the meantime, here’s a pictorial tour of the castle from my perspective. I’ve added in pictures of some of the story boards, so you can see the official commentary. 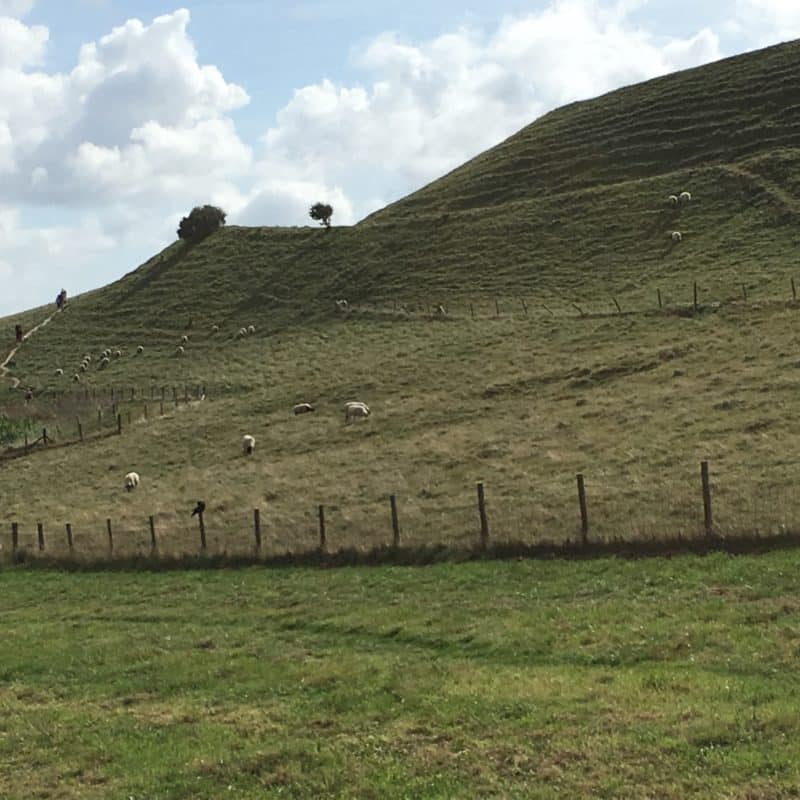 The View as you approach the Western Entrance

As you approach the Entrance to the Castle, the scale and size becomes more apparent. In it’s time, Maiden Castle must have dominated the area as a seat of power. 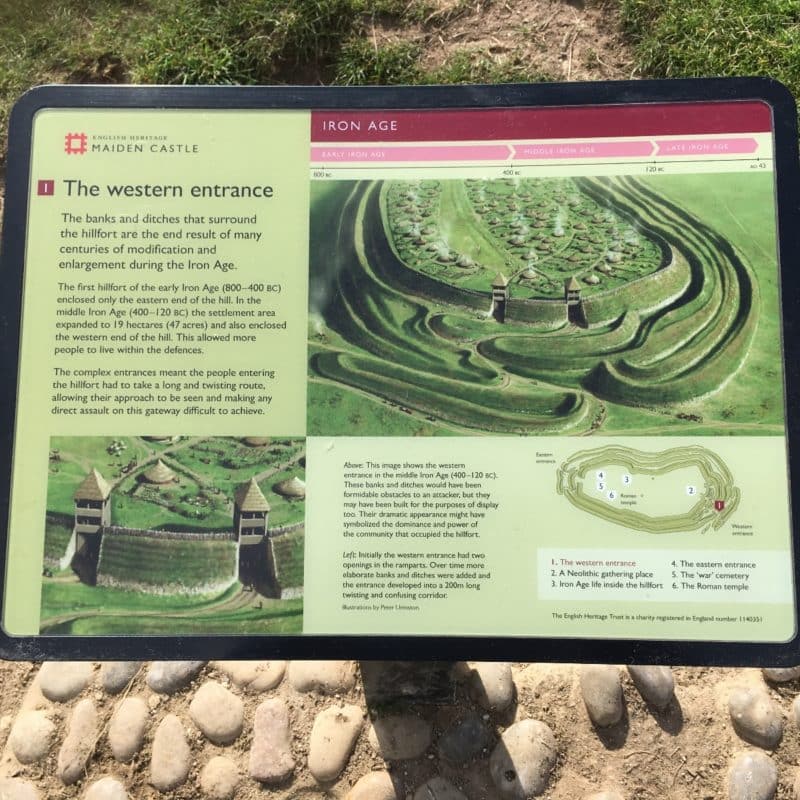 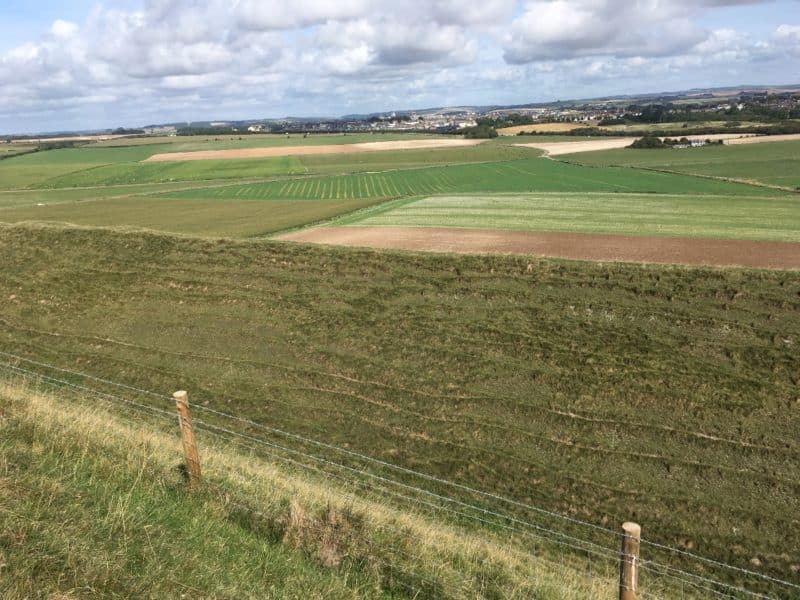 Maiden Castle – the view from the top

The views of the surrounding countryside were certainly impressive on a clear day! 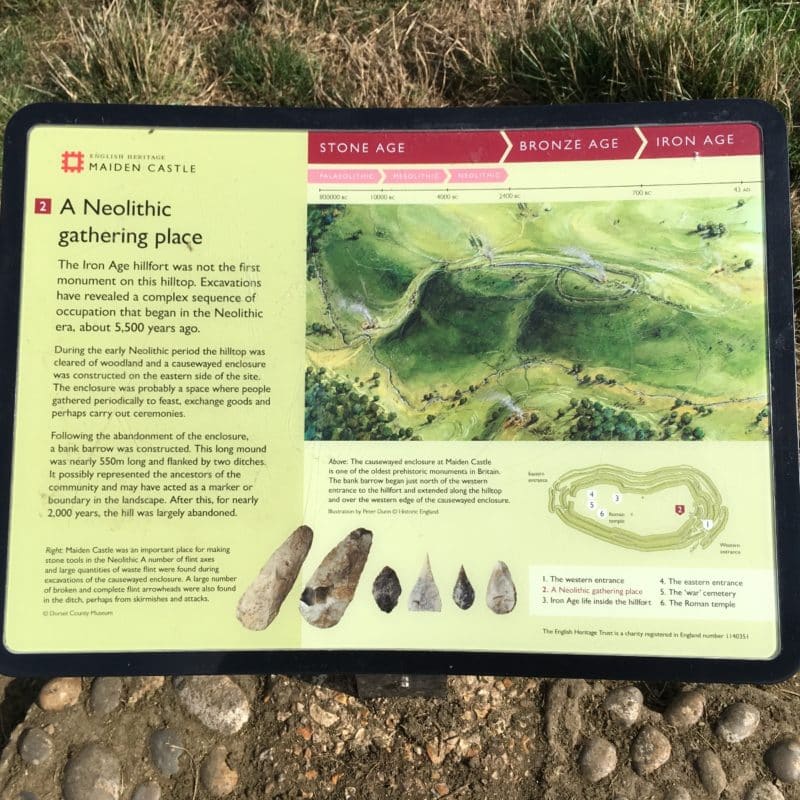 The fort started out as a Neolithic gathering place and over the course of the years, developed into the massive complex that we see today. There are stories of the Romans laying siege to the hill but it seems that there is no firm evidence to support this. I certainly would not have fancied trying to climb over the mounds and ditches whilst the locals were throwing sticks, stones and harsh words! 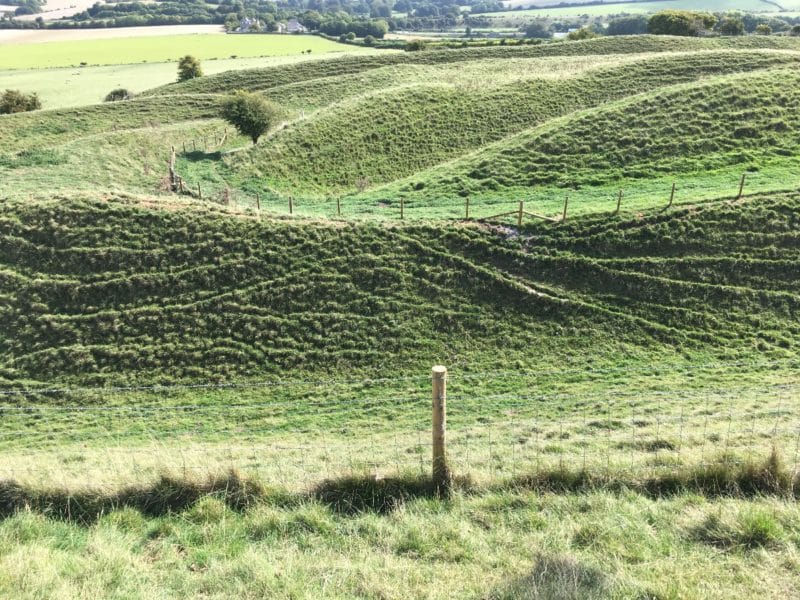 Maiden Castle – the complex banks and ditches protecting the summit. 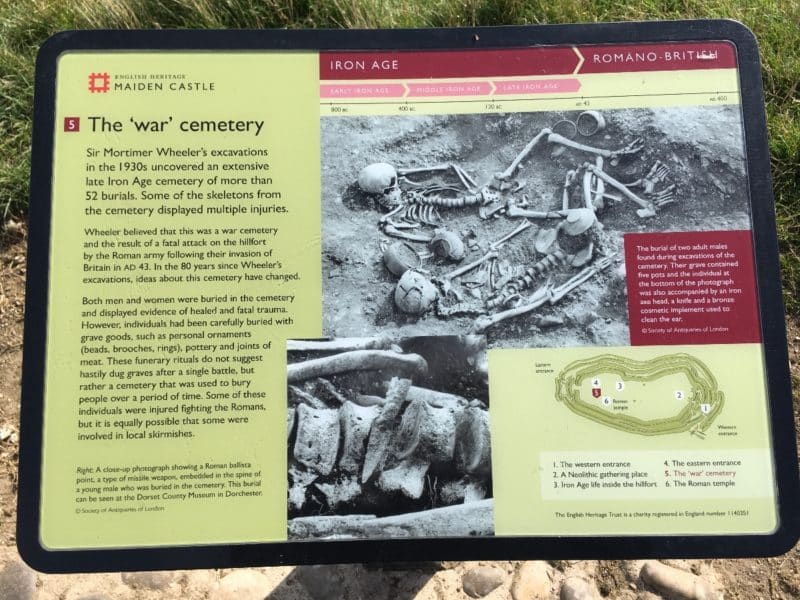 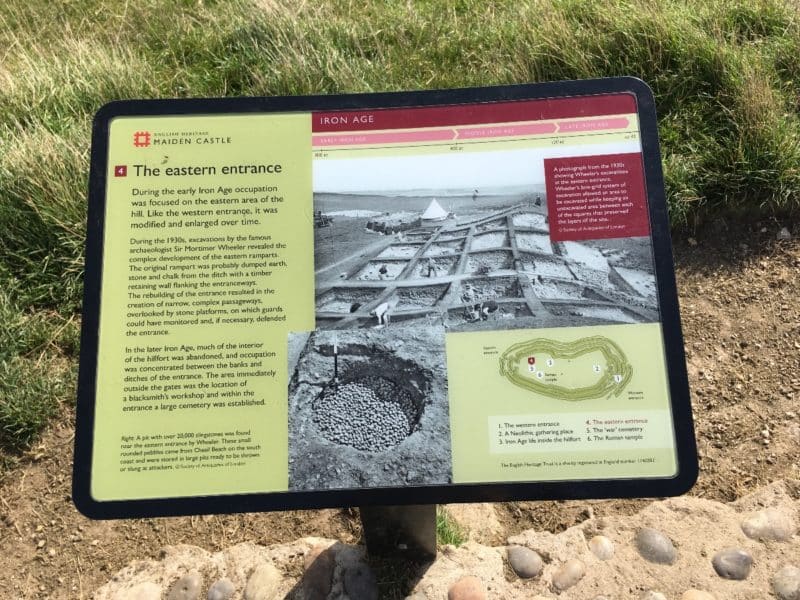 Whether the Romans fought their way into the fort or defeated the occupying people in battle elsewhere isn’t clear. What is for sure is that the Romans did take over here in Dorchester and the hill fort became the site of one of their Temples. 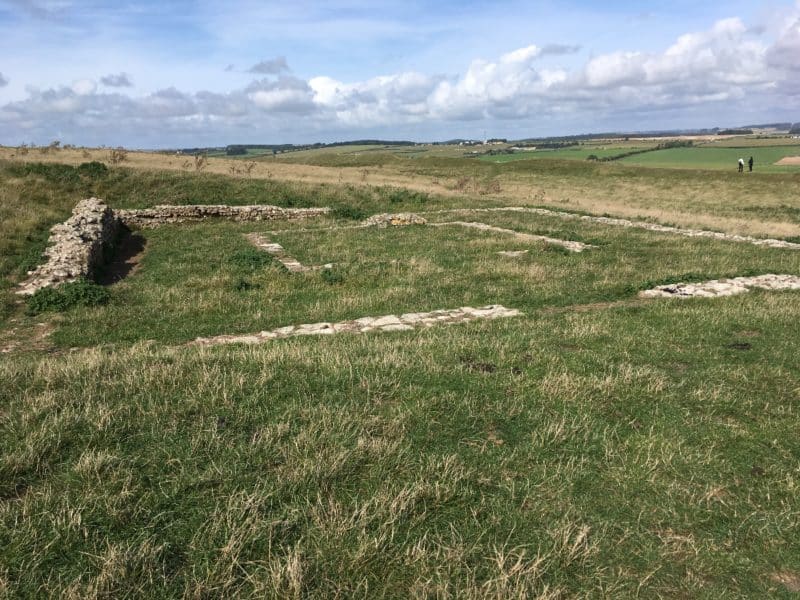 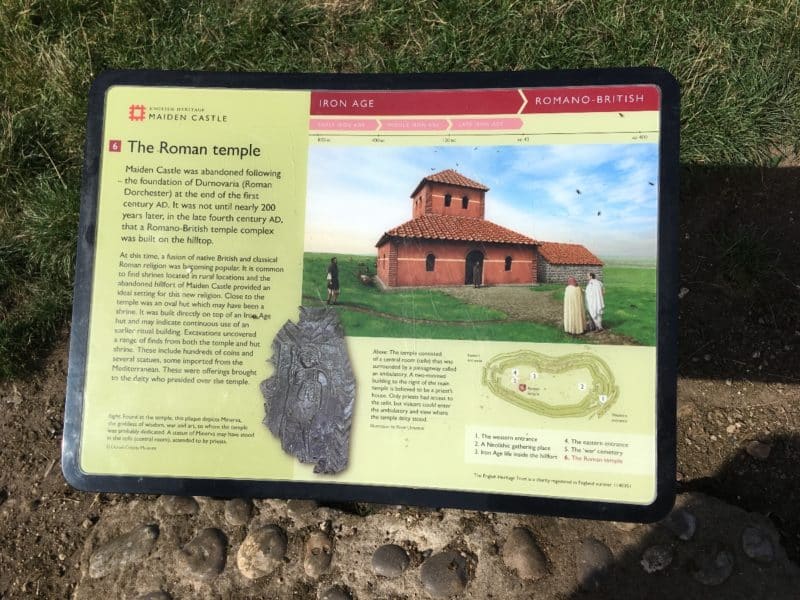 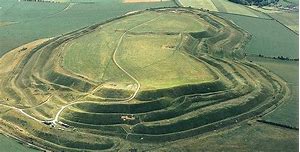 An aerial view of the castle shows it’s complexity and size. As I walked around it, I couldn’t help but think of the history and events that had taken place there. I have ambitions to build a Roman Army and I have been very tempted by the Victrix range of Imperial Romans available. Like wise, the Footsore Romano – British range would make a lovely warband. I’m sure that if King Arthur did exist, he would have at least ridden by this area! 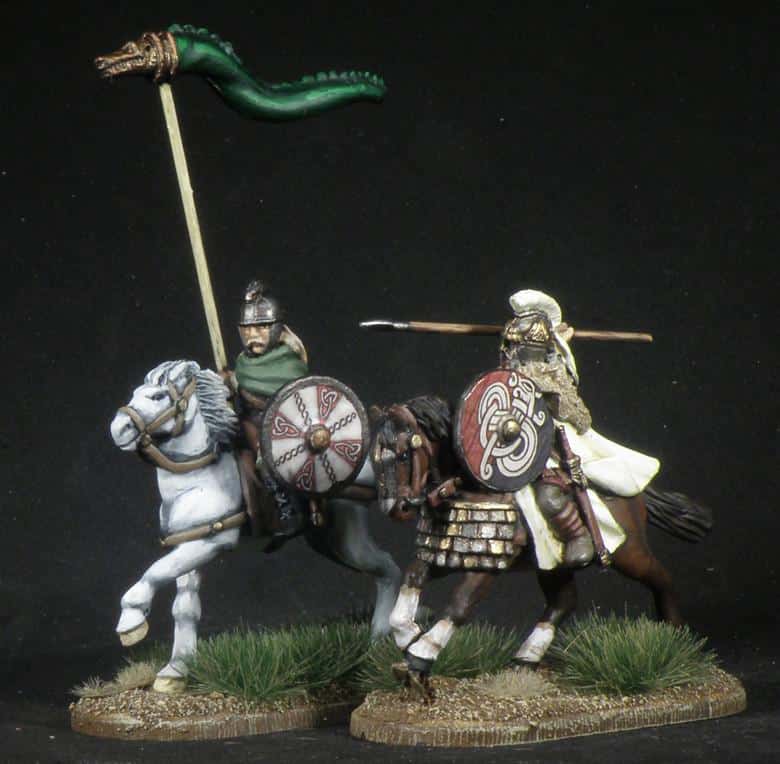 First the links to:

If, like me you are tempted to build a Roman army, a great place to start is with the new Victrix range:

For an even more comprehensive range, you cant go wrong with the Warlord Hail Caesar range:

For a later Roman or Romano British army, the footsore range contains some beautiful models:

At the time of writing, items are supplied post free to most world wide locations!