I’ve been bitting and bobbing this week, finishing off one project, my British Artillery, starting the next, Highlanders and being distracted with Greeks! 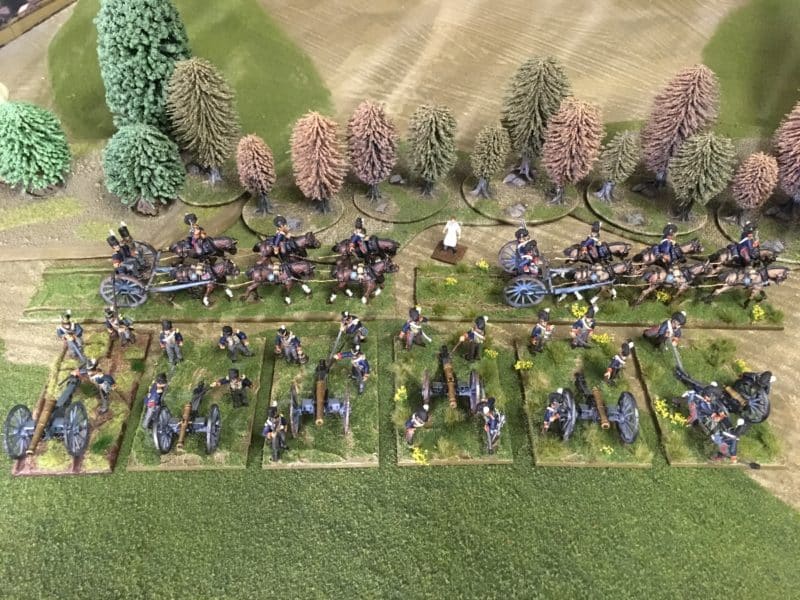 The above picture shows that both my limbers are now completed, with traces added and all five cannon are completed and based. There’s just some tufts to add to the foot artillery limber and two of the guns, although at the time of writing, this has all been done and the figures are now safely in my cabinet ready for battle. 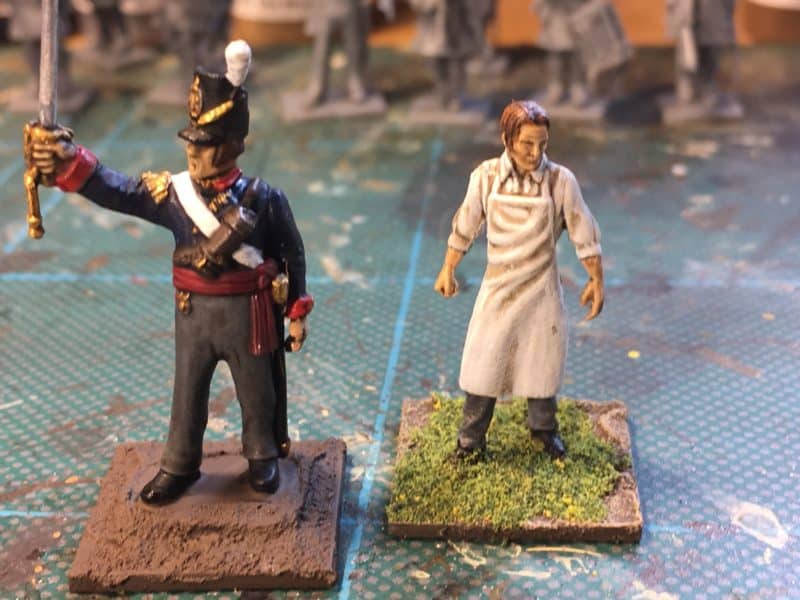 I also have a Foot Artillery Officer and a surgeon to finish basing. This will be done over the next evening. I tend to complete my basing in short bursts due to drying time and I’m happy to finish this sort of job when ever I get a spare 5 minutes. Incidentally, the surgeon was a limited edition figure given away free with one of the Painting war magazines. He is a bit on the small side, compared to other figures but he paints up well and it’s not too noticeable. With hindsight, I should have put a bit of plasticard under his feet to give him a lift. Clearly he is more Tom Cruise than Clint Eastwood! 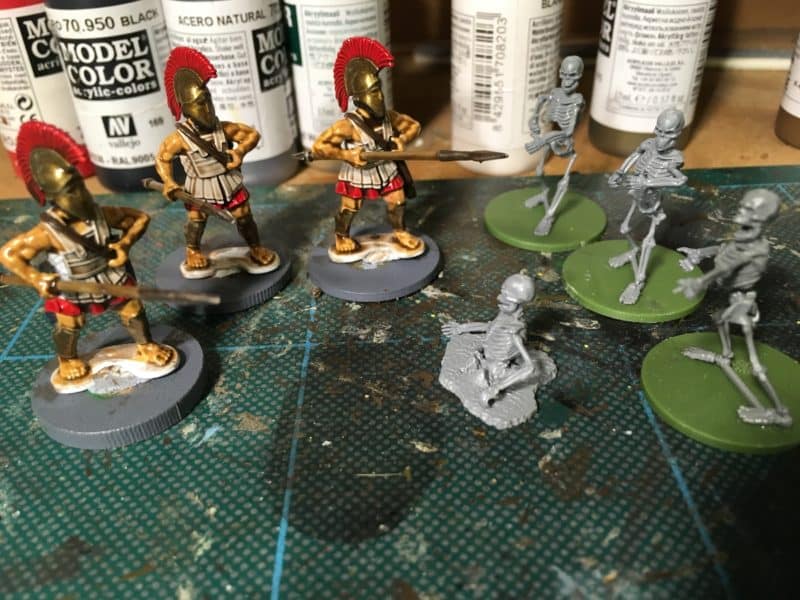 Beware of Greeks but watch out for those skeletons!

I’ve also been working on a ‘test shot’ of Greeks for the up and coming game of Mortal Gods. It’s not actually released until next year but having seen the development that is taking place, I thought that I would put together a small Locos. I’ll give these models a separate blog in the future, perhaps with as much detail about the game as Mr Hobday will let me give away! 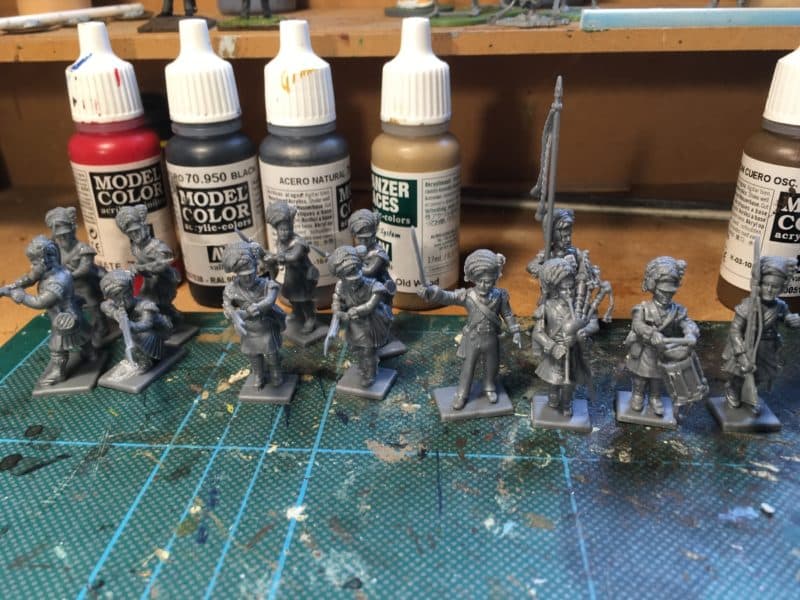 And so to my next Napoleonic project. I will be making the final unit, 79th Battalion, to complete Kempts 8th British Infantry Brigade at Waterloo. As you can see I’ve started assembly, using the Victrix plastic boxed set. I very much like plastics and prefer these to the metals available, despite the need to assemble them and the perceived lack of legacy value that some of my colleagues talk of. Once again, I’ll revisit the background to this project in a future blog.

The thought of painting the tartan is quite daunting, so I’ll take it slowly ( more so than ever!) and show you how I get on. So, A short blog this week as I gather my thoughts to focus on the next stage of my painting projects!

Again, very brief! Most of the models, paints, tools bases and basing products are available post free, to most Worldwide locations, here: