Having more or less finished Sgt Ewart and the wounded (dead?) French Ensign , it was time to move on to paint the other figures in the Vignette. First up was the French infantry man. Now at this point I need to make it clear that my knowledge of French uniforms is about zero. So it was a question of copying other peoples work. As well as the superbly painted models on the Perry’s web page I also found a work of art completed by the painter Sasha Herm. I don’t know Sasha, other than through his work but he is extremely talented and produces the most beautifully painted models. I wont show his work here but if you would like view it, click on the link to my pinterest board here: 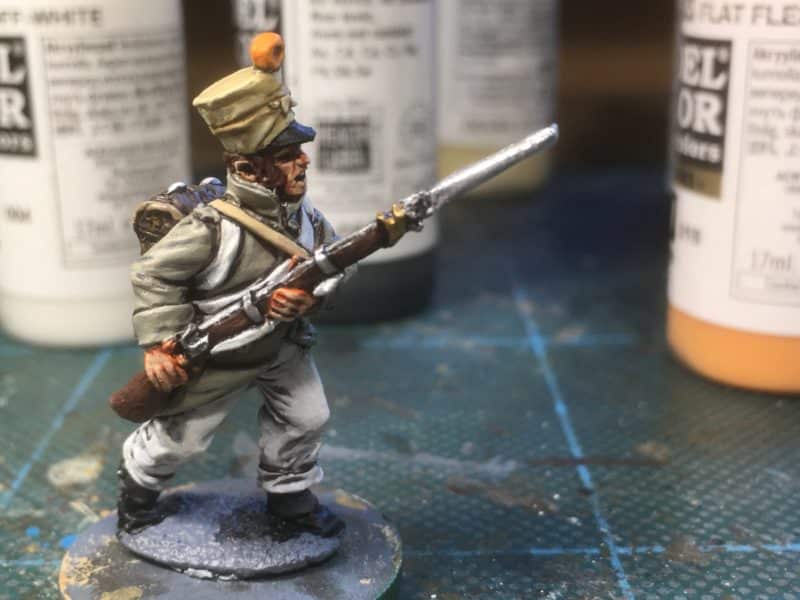 I painted the infantry mans coat in Vallejo Stone grey and his hat with Vallejo Buff. The shading was done with Dark tone ink and then high lighted with the original colours with a spot of white added. 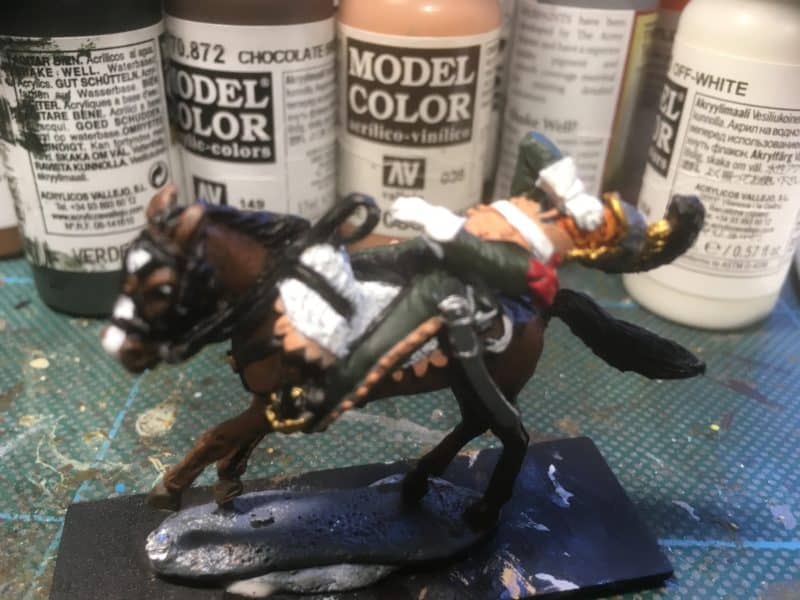 The final model  to complete was the French line Lancer. I again copied the examples that I could find. So once again, I’ve no idea whether the colours are ‘correct’. I used Vallejo Flat Green with German Extra dark Green for shading and for the facings, Vallejo Beige red. This doesn’t match the colour that I found on the Mont St Jean site for French Line Lancers but It was close to the colour on Sasha’s model and I liked it! Again I used various inks to shade the figure and the base colours + white to highlight. 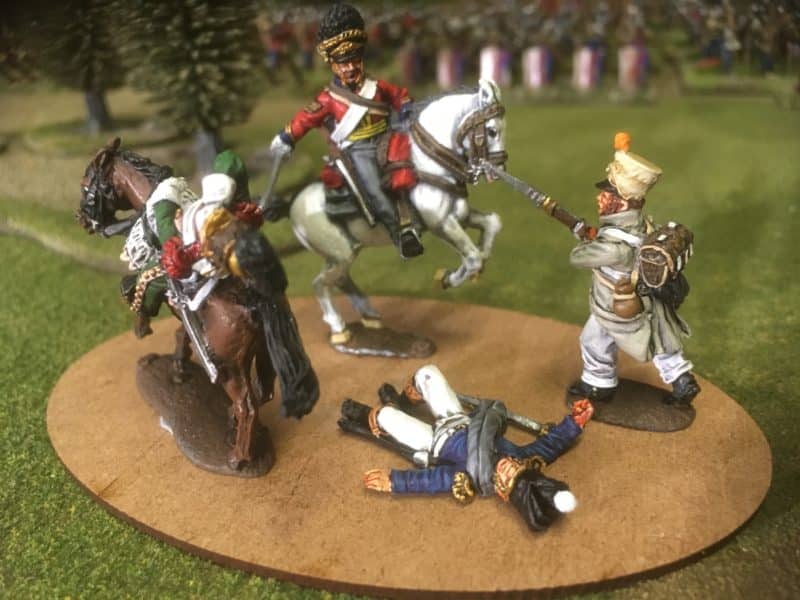 Positioning the models on the base – all four models completed.

With the models all completed, it was time to assemble the vignette. I used a Sarissa Precision Oval MDF base. I do intend to mount this on a nice wooden plinth but for now I just wanted to get the basic model done. 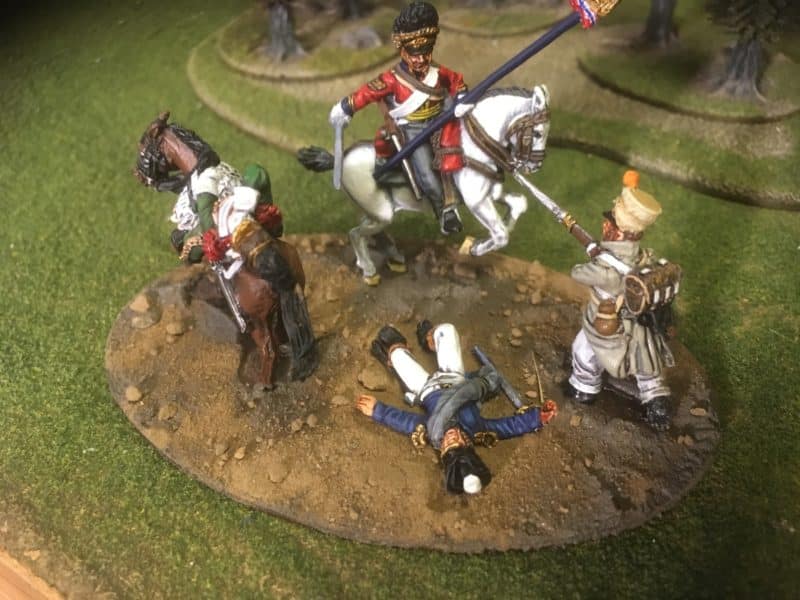 Textured paste on the base.

I covered the base with Vallejo Textured Dark Earth paste and used a sculpting tool ( a cocktail stick would do) to bring the paste over the bases of the figures. As I don’t glue the figures to the MDF base, there is plenty of working time to allow me to position everything. Once the textured paste dries off it is strong enough to hold the figures in place. I also sprinkled the paste with earth and small stones to add extra texture. You might have noticed that at this point I added the ‘stolen’ Eagle to Sgt Ewart as I could now handle the vignette rather than the individual figure. 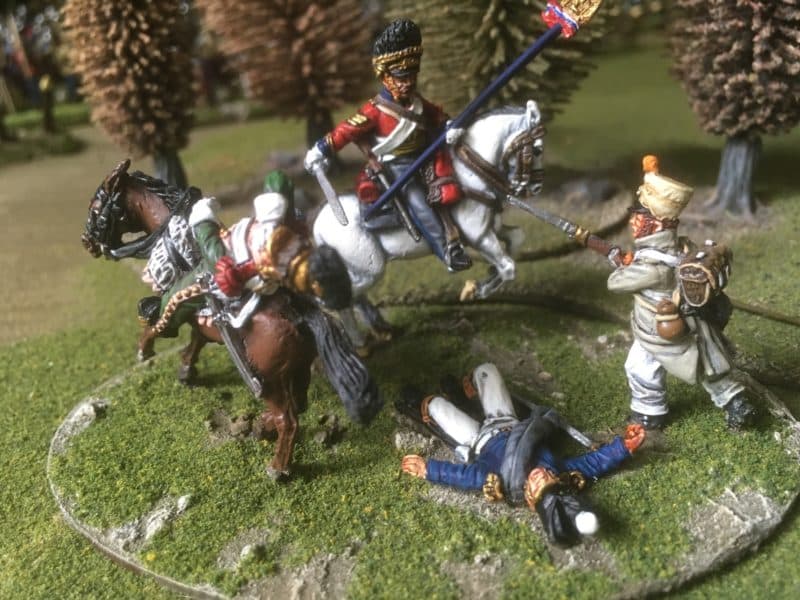 Base painted and textured

The next stage was top paint the base and add some scatter. I’ve covered my technique for basing elsewhere, so if you would like to know more just check out one of my older blog posts! 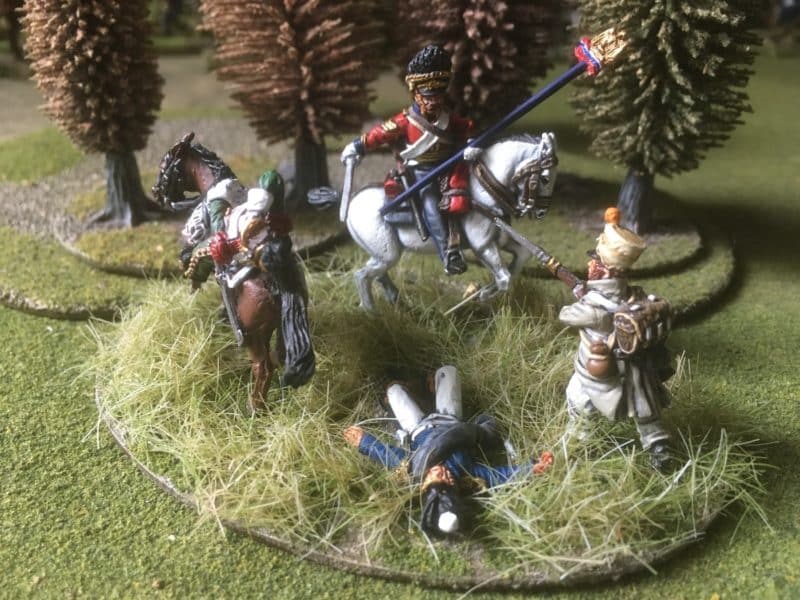 Long grass added to the base.

The last task was to add some long grass to the base. I used Woodlands Scenics 12mm light green field grass and just dipped small clumps into PVA glue and added them to the base. The long grass isn’t strictly accurate – they were fighting in amongst the trampled Rye that was growing across the battlefield and according to some records, originally stood at six foot tall. I think that it gives an idea of the ground though. The vignette is about finished and ready for the cabinet but for a few additions. I need to order in a nice flag from GMB designs ( my favourite flag supplier!) and I have the lance and spare discarded sword to add. But for now, I’m calling it done and moving on to the next project! Below are some pictures that I took in a light box with a slightly better camera than the usual i-phone camera that I use for my blog. I hope that you like them! 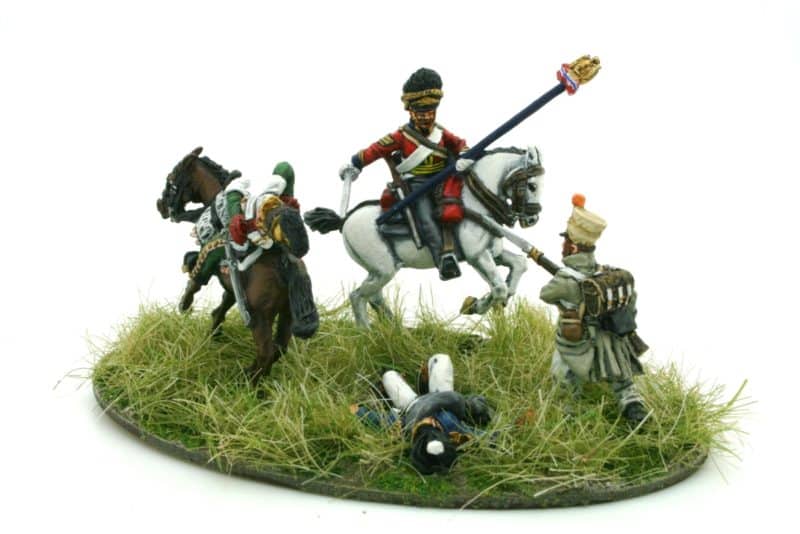 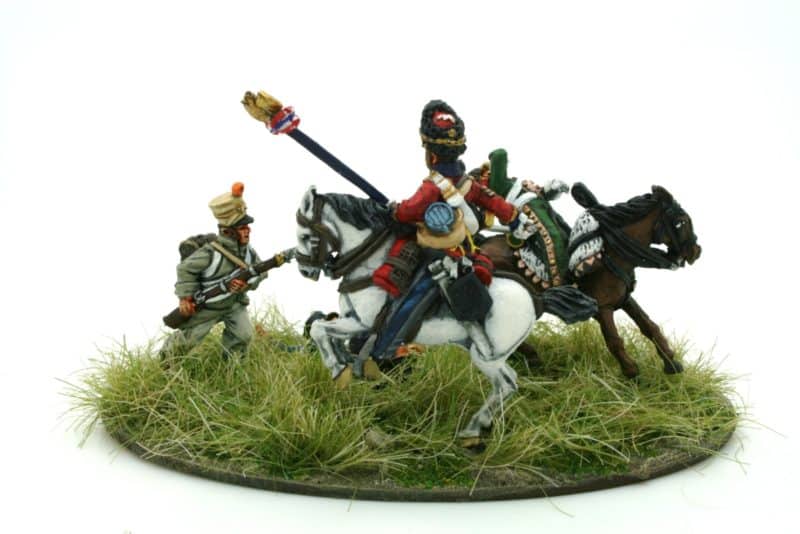 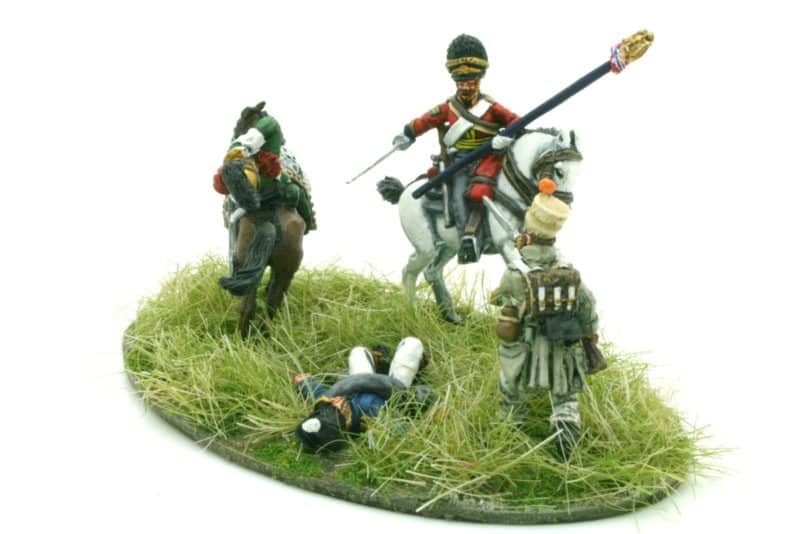 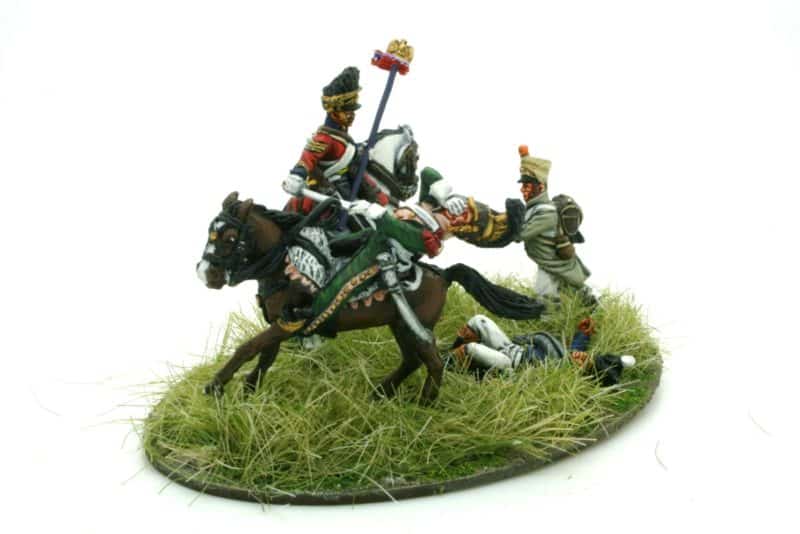 Perry metal miniature are only available from the Perry web site but we have the Perry’s plastic range here:

You can find all the Vallejo Model colour paints here. If you don’t want to browse, just enter the paint name or number into the shop search bar;

You can see the Woodlands Scenics Field Grass system here: