After nearly 3 weeks away from my workbench, I was actually pleased that we had a miserable wet Bank Holiday! I was able to sneak off and at last get some painting done! I was still persisting with my Prussian Brigade. The last figures that needed painting were the Volunteer Jaeger that come with the Perry’s Prussian infantry set. I didn’t do my usual research on these figures regarding uniforms but just relied on the artwork supplied in the boxed set ( which is usually very good anyway!). For some reason, I didn’t enjoy painting these figures as much as usual. I suspect that I have become a bit jaded with Prussians! Regardless, I pressed on and finished them as I thought best, with green jackets, yellow facings ( for Silesia), and equipment colours as the rest of my Prussians. Here are the figures based & ready for battle tonight!

As well as finishing these figures I started to prepare another batch ready for painting. I am working my way through the DeeZee range at the moment. Although we have painted examples of the full range now, some of them are quite old and since we acquired the range, I have been gradually painting examples. As well as giving me a few more display pieces it also helps me to understand how to paint the models so that I will be able to advise customers in the future. We also have some new models in the pipeline – we’ve already released the Baby Mammoth so next up we have some Juvenile or Baby bears! Here they are undercoated ready for painting. At some point in the future I’ll do an update on the DeeZee range and where we are going with it. The other little project on the go is my band of Neanderthals. Sculpted by Steve Saleh at Lucid Eye, these figures are the second pack to be released. There is a slight glitch in production as Steve has moved jobs but we hope to solve this soon. The Lucid Eye range fits nicely in with the Deezee Range, We have the animals, Steve will supply the Hunters ( or hunted!), so we hope that we can work with Steve to keep the range in production and growing. Here’s the pics: 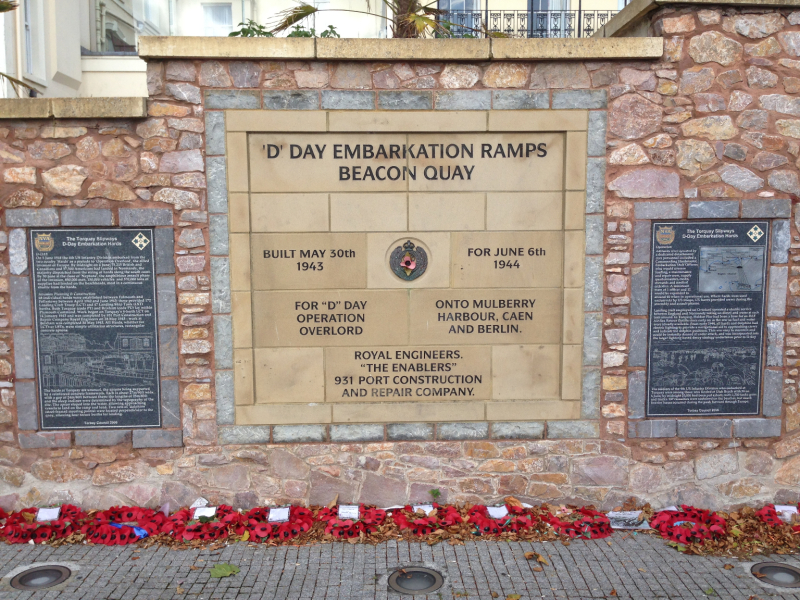 I haven’t lifted a paint brush or done any modelling for nearly a fortnight now. It’s been one of those fallow periods that you go through from time to time. There are other things happening in life that draw you away from your hobby. We are having a new kitchen installed that has caused a bit of chaos and, of course, my hobby den, AKA the garage has been used as a dumping ground for the new units coming in and then the old ones going out. This means that I couldn’t get to my workbench if I wanted to. There was some good news though. I have had a new light installed in the Garage as well as a couple of new power sockets, so when I do get access ( next week…) the facilities will be much improved.

I also had to return to my home town in Torquay to conclude some family business. Sadly, my father passed away back in March after a long illness, and I have been travelling back & forwards to Torquay from Nottingham for the last few months. My Dad was a big influence on my hobby. Of course if it wasn’t for him I would probably never have got involved with building models. Dad was an enthusiastic model airplane and model boat builder and was more concerned with building a working model rather than the ultimate replica. He taught me the practical skills that I needed to build models, how to use the various glues, filler & materials and of course how to use the tools & techniques to produce a good model. The Slipways at Torquay

His other passion was for fishing – sea fishing of course, being in Torquay. The great advantage of sea fishing over coarse fishing ( apart from the fact that you usually eat what you catch when sea fishing!), is that you don’t have to be quiet and so you can have a conversation whilst you are watching your float. During our fishing trips to Torquay harbour, my Brother & I  would be asking Dad about the various buildings and structures and it was surprising how many of the unusual buildings around the harbour were actually defensive structures from the Second World war, now modified for everyday use. This inevitably led to stories from the second world war. Dad was only a young boy during the war but he witnessed the Terror raids on Torquay, ( My Mum was bombed out of her house in Babbacombe and my Aunty was nearly killed when a Fockewolf crashed where she was taking shelter – stories to be told in later entries in my Blog) and of course the build up to D Day. The Americans were billeted at the bottom of Dads Road in Upton Park.

It was from these stories that my love of history grew, and if you put an interest in history together with a passion for modelling, a wargamer and military modeler is sure to emerge! The strange thing is that whilst at school, although we learnt the dates of the big battles and wars, when kings came & went and the political background behind the conflicts, we were never taught what happened in our own town. Recently,  the town has recorded that the two slipways that I fished from as a child were built as loading ramps for the LCTs that went off to Normandy on D-Day. Now I reckon that kids today would be just as interested to hear these stories now as I was then. So check out your local history, if you don’t already know, there will be lots of history stories all around you. If nothing else, they will no doubt inspire you fro your next modelling project!  Here’s a few pictures of the plaque erected in memory of the D-Day ramps in Torquay. In the last entry I had just finished block painting 22 Prussian line infantry. The next stage in completing them is to apply Army painter quick shade, or as it is known, dip. Quick shade has a mixed reputation. To some painters it is the Devils brew, a cheat,  and should be avoided at all costs. To others it is a magic product that has revolutionized painting wargames figures. My view is somewhere in between. If you are painting large numbers of figures for the wargames table it is probably the best way to go. If you are entering a painting competition, dont go near it! I do not dip my figures in the tin & flick the excess down the garden as the instructions recommend – this sounds like a disaster waiting to happen if I was involved – I’m sure that my figure would end up at the bottom of the garden and the quick shade would inevitably end up on something that it shouldn’t! I prefer to liberally brush it on my figures and leave it to dry for about 24 hours. This helps me to control how much ‘dip’ is being used and where it is going! The point is that once applied it not only shades your figure but also protects it with a coat of varnish. There is one other issue with tins of Quick shade. It has a tendency to form a skin on the product as time passes. So long as you carefully remove this skin and give it a good stir, you can continue to use the dip. I also add a bit of white spirit to the tin before use and I am meticulous in wiping the top of the tin to try and get the best seal after use. That said, for an expensive product, I think that the tin could be of better design and quality. As you can see from the picture, the quick shade does what it says on the tin & shades the creases and gives definition to the figure. Dont be put off by the high gloss finish. The next stage in the process is to spray the figures with a good Matt varnish or anti shine. I stick with Army painter for this job. It’s not necessarily the best Matt spray available but it is designed to work with the quick shade & I get good results with it most of the time. Matt varnish can be temperamental so ALWAYS shake the can well, and spray in light coats from about 18 inches. Also if you can, spray in a well ventilated area with consistent temperature. It all helps to get a good finish. The next picture shows the figures once they have been coated with matt varnish. There is one other quick trick that will help bring your figures to life and that is to repaint some of the lighter colours to add highlights & clarify them. I usually redo some of the white ( particularly the webbing), the yellow facings and I also retouch the steel bayonets with silver and the brass items with gold. it doesn’t take too long but it does add something the the figures.  The figures are now based on 40mm renedra bases in fours and the bases painted Vallejo Chocolate brown 872.

The final stage is the basing. I use a range of finishes on my figures but for the Prussians I have gone for a very quick & simple solution. Using watered down PVA, I coat the bases & then cover with a forest brown scatter. Once this has dried, I put on random patches of ‘grass’ using Javis fine scatter – again stuck with PVA. To finish and to add detail, I then use tufts of grass from either the Army Painter range or the Gaugemaster/Noch variety. I prefer the latter as they come in distinct clumps and are easier to use. The final detail is to add some flowers! In this case, yellow really contrasts against the dark prussian blue and adds the final touch! Hey presto, 22 Prussians ready for battle.