My first objective was to build a small War of the Roses Army, with just enough units to play a game of Never Mind The Bill Hooks. Then I thought that it would be useful to have enough units to allow two people to play, just in case a guest arrived and fancied a game. Now I just keep adding bits and pieces because I can! The release of the limited edition ‘Lord Callan’ figure from Wargames Illustrated, prompted me to start work on a small retinue for him. A unit of Veteran Bills and Bows would look good and in WOTR, you cant have too many bows and bills! I also liked the Black and Red Livery that the real Andy Callan had chosen ( I suspect that there is a nod in the direction of a certain football team). 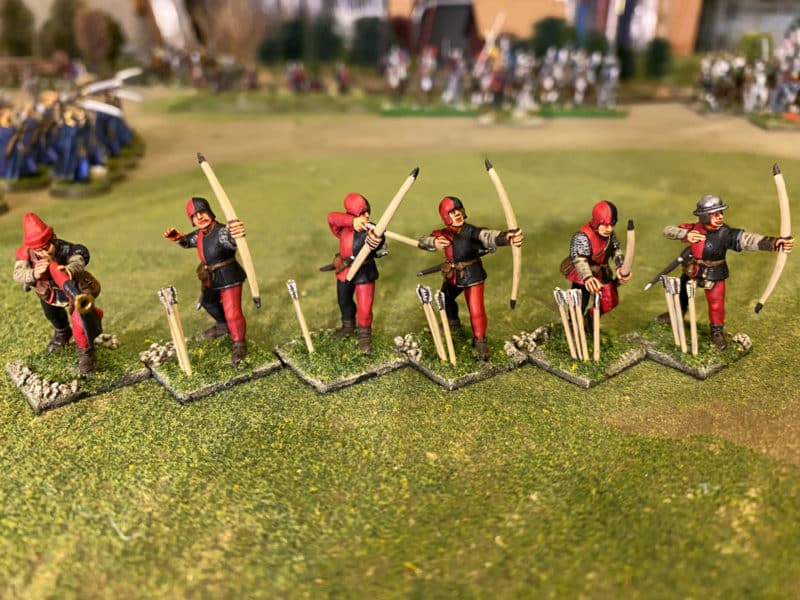 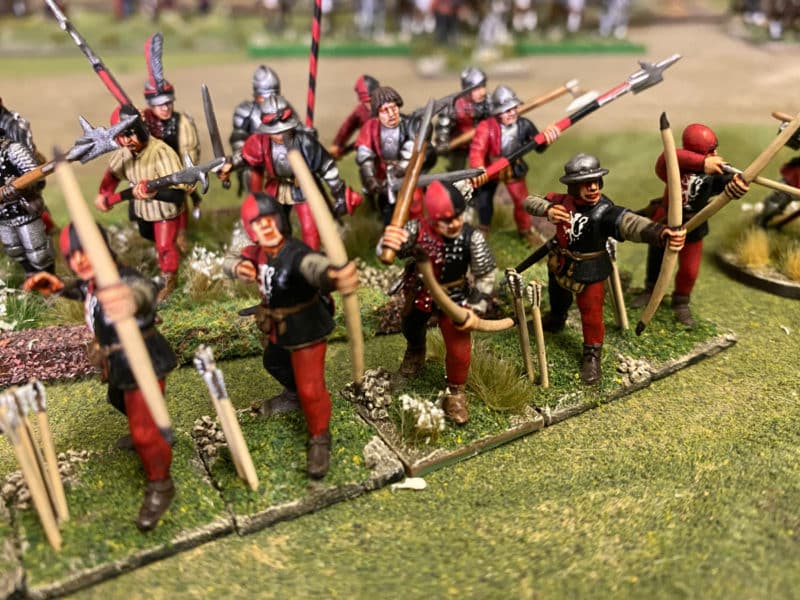 With the billmen completed (see my previous Blog ‘Lord Callans Retinue’ ) it was onto the archers. I had enough plastics to make 6 veteran archers. I would finish the unit by ordering a pack of metals from the Perry’s. I also wanted to add a livery badge to the archers as unlike the billmen, most of them were wearing tabards rather than brigandines or gambesons. I had intended to paint the badges but I was reminded that a decal would save a great deal of work. Veni Vidi Vici, who I have used before when building my Samurai army, make a really nice range of Decals and the 15mm scale just about work as Livery badges. 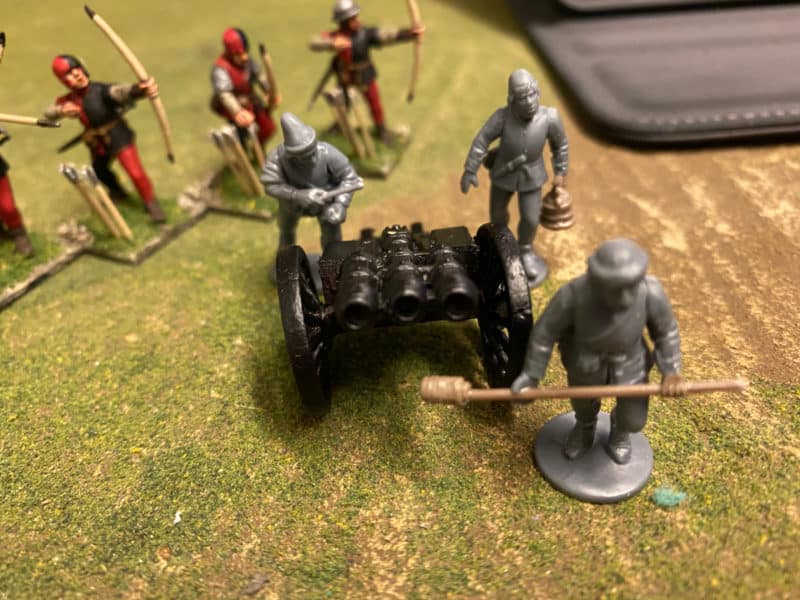 Organ Gun and crew under construction

I also acquired a multibarrelled organ gun from none other than Andy Callan himself. When Andy isn’t writing rules or wargaming, he is scouring charity shops for bargains. He came across an Old GW Hell blaster volley gun. With a bit of filing and cutting, he created three organ guns and passed one on to me. So whilst not strictly historically accurate, it fills a role and adds to my artillery park. I used the last three Perry’s plastic figures that I had to make the crew. If you look carefully, you will see that I have used some spares from the Victrix British artillery set to equip them. Again, a bit of a stretch when it comes to historical accuracy but hey, I guess ramrods and buckets didn’t change too much over the centuries! Rather than paint them in Lord Callan’s Livery, I went for Burgundian colours. They then fit in with my hand gunners and crossbowmen skirmishers, expanding my mercenary contingent. 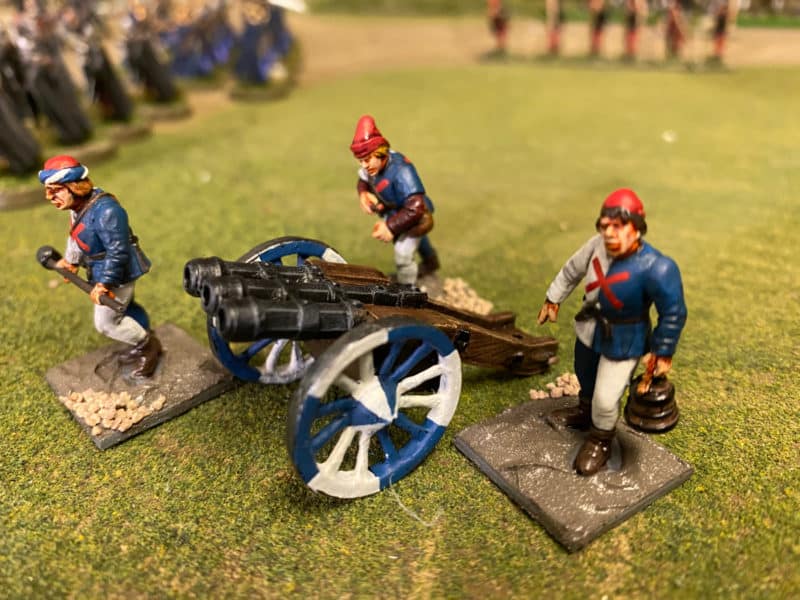 As you can see, I went for a rather colourful scheme for the gun itself. I have no historical basis for painting the wheels in such a bright scheme but I just fancied something different. Who’s to say a Burgundian gun captain wouldn’t think the same. There’s no way he is going to lose his gun in the artillery park! 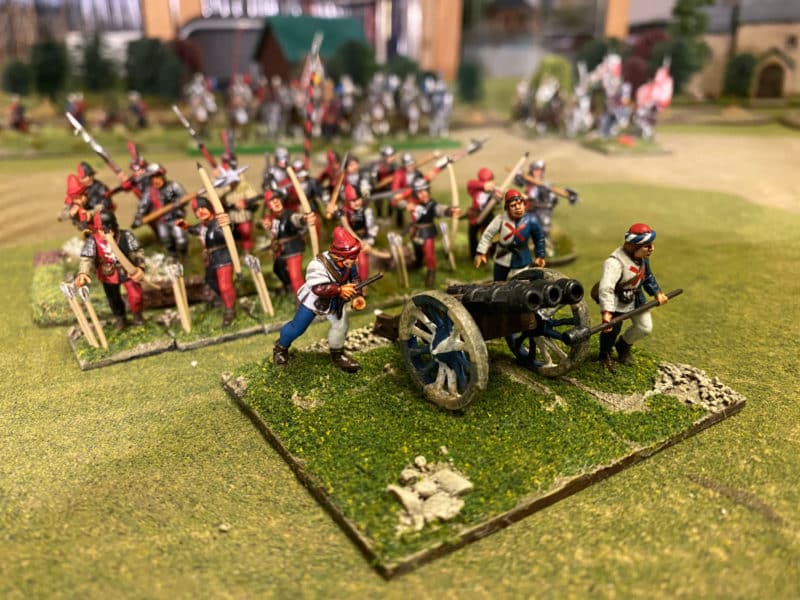 Gun and crew now based – just the tufts to add.

So, will this complete my army? As ever, there are still yet more units that I would like to add. As well as sending for the extra bowmen, I added the Bombard. It’s a big gun but will look nice as a feature on the table. I have ambitions of creating a nice little diorama. And then there are the Irish that appeared at Stokes Field. Although I have some Dark Ages Irish Warriors that would do as Skirmishing Kern, it would be nice to add some of the Perry’s Irish to my collection. I also have a sprue of Landsknechts that came free with an edition of Wargames Illustrated. Although a bit late for WOTR, they would make a nice unit of Handgunners, so why not get them painted? 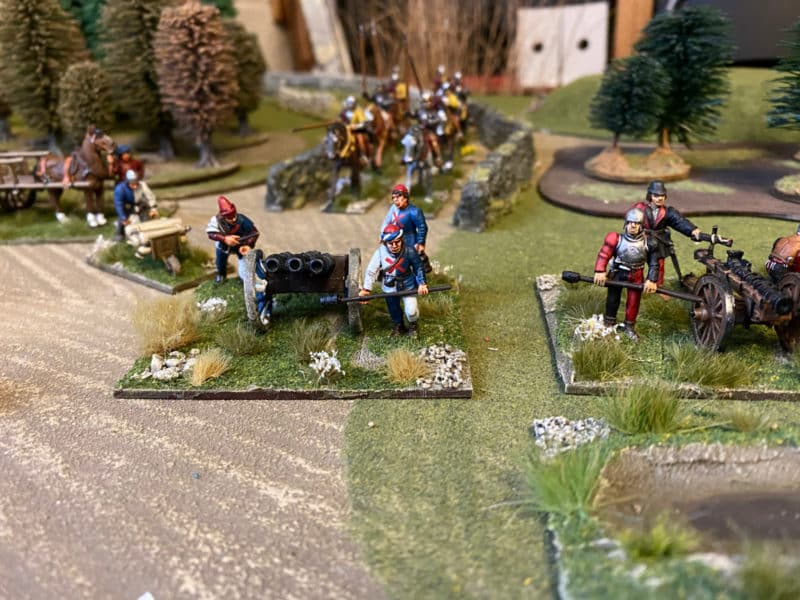 The organ gun completed and ready for action!

I’m also on the lookout for some ‘rough looking’ peasants to represent a few units of levy. There’s plenty to keep me busy over the next few months and that’s before I even start on scenery…. 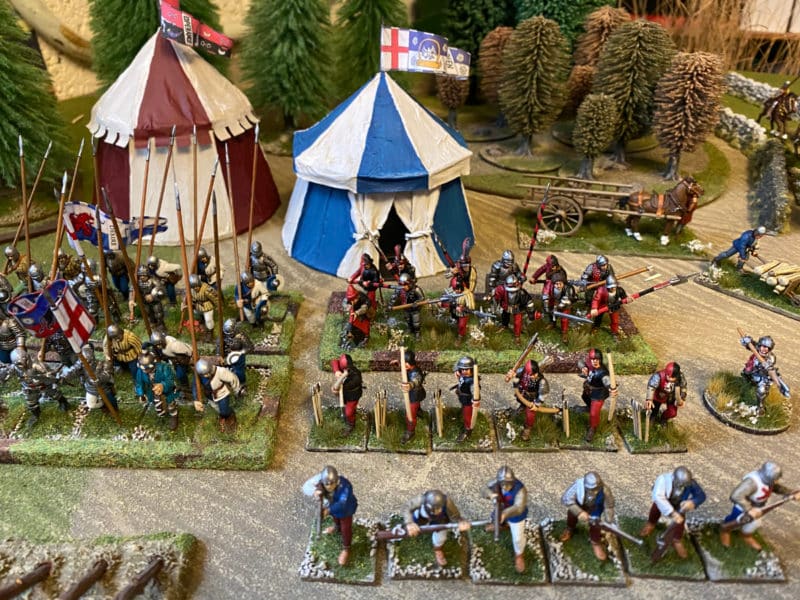