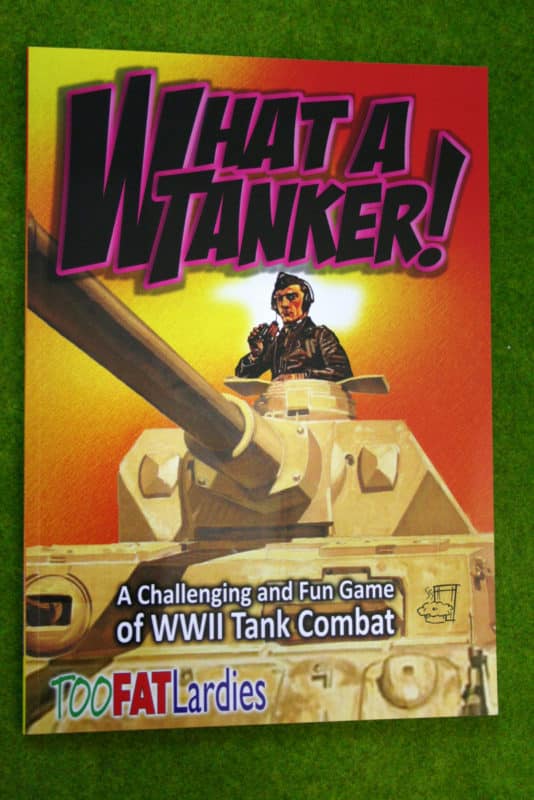 What a Tanker rules set.

I’m not going to moan about the lovely weather and the Football again! No, I’ve been introduced to a new game, “What a Tanker!”. Written by Richard Clarke and Nick Skinner of Too Fat Lardies fame, the game is a simple and fun game of tank combat in World War Two. Fortunately, the game only really requires Two tanks per player ( you can of course just use one) and most wargamers will have a couple of tanks kicking around their collection somewhere! In my case I have some pre painted 1/72nd scale tanks that I had picked up cheaply as part of yet another of my ‘collections’, so I was good to go! I dusted off my late war Churchill and Sherman 75mm and trotted off to my mates house for a game. That in itself was a pleasure – no hernia inducing lifting of my growing Napoleonic army. Just two tanks, some dice and a ruler and set of rules and I’m sorted! 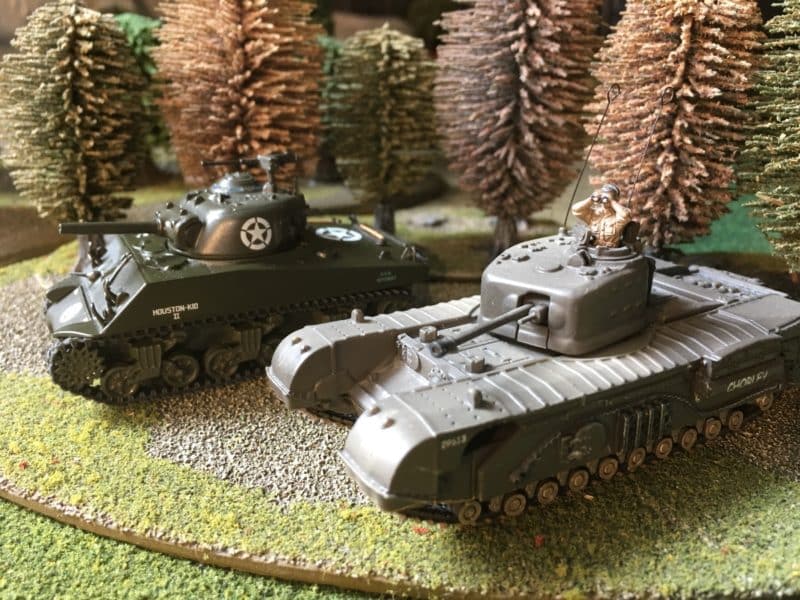 Sherman and Churchill ready for action

To be fair, Andy had set up the table with plenty of scenery, including the obligatory scattering of dead cows that were found over Normandy battlefields. He had also visited the Toofatlardies web site and downloaded the dashboard and other bits. You can see them here:

WHAT A TANKER DOWNLOADS

By the way, as far as I can see the downloads work perfectly- the people making the comments saying that they will not work may need to look at their own computer….

There are plenty of other reviews of the game out there on the net and ‘play through’ videos on Youtube but the one that I found the most useful is the one put together by the Lardies themselves. At just over thirty minutes long , it’s well worth a watch and you will be up to speed with the rules in no time.

The only thing is that I am unable to show you pictures of our game. I was so engrossed with the action, I forgot to take any! What I can tell you is that we had great fun playing the game and once we had got through a couple of turns, most of the rules/gameplay became second nature. The Lardies are experts at ensuring that their games are playable and create the sort of fun that most gamers will enjoy. The idea that initiative changes with each turn encourages players to take risks and creates those ‘cinematic’ show downs to produce high points ( or low… depending who wins through!) that keep the players engrossed in the game and provide the talking points afterwards.

My Sherman seemed to take on the character of a certain Brad Pitt movie, dicing with death and being constantly in harms way. It managed to survive most of the game- clearly there was a contract for a sequel in the offing! Andy’s star tank, a Jadgpanzer IV, quickly dealt with my Churchill, despite the superior armour of the Churchill but then he was promptly forced back into a wood and sat there as no movement dice were available! I think the correct word is schadenfreude as I watched Andy get ever more frustrated that his tank wouldn’t move. Eventually, it was the Jadgpanzer that won through, lumbering out of the wood (pun intended) and finally giving Brad Pitt the heroes ending that he was looking for! He who laughs last and all that…I only needed a small beer to overcome my brief disappointment at losing the game. Brad will no doubt be back again, perhaps next time with something more ‘shooty’ than the Churchill – pass the tank catalogue… 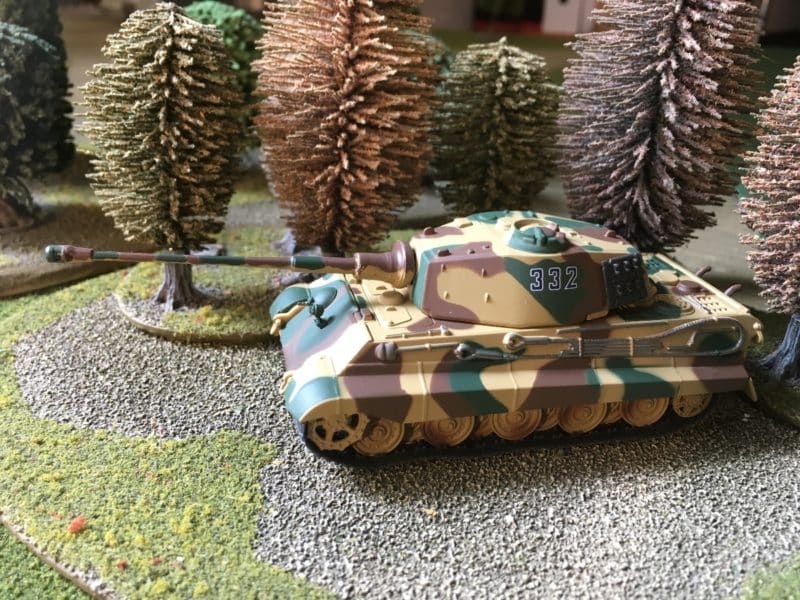 May be I need a bigger tank!

So we have another game to add to our repertoire. A slight distraction from Napoleonics and Samurai but with very little needed to get into the game, a welcome change. If you have a couple of Tanks gathering dust in your collection, I thoroughly recommend this game to you.

If you would like to get hold of this rules set, they are available post free, worldwide, at the time of writing, here:

We have a huge range of 1/72nd scale tank kits in our shop. For a fast build, I recommend the Armourfast range, with two tanks per box, you only need spend £8.50 and you are in the game!

Finally, if it’s scenery that you need we have plenty! However, We have just added some very nice 20mm or 1/72nd scale buildings to our range!

I hope that you have as much fun as we did with these rules!