My wargaming activities are still very much curtailed by the COVID19 restrictions and as a result our gaming group has not met to roll dice for some time now. It’s a shame really as ‘Never Mind The Bill Hooks’ has been released to very positive reviews and were we gaming, I suspect that we would be running through all sorts of different scenarios. No doubt, this would have led me into painting even more units for the WOTR era, maybe a unit of early German Landsknechts to add to my mercenary contingent. Possibly some Irish, so that I could re fight Stokes field. 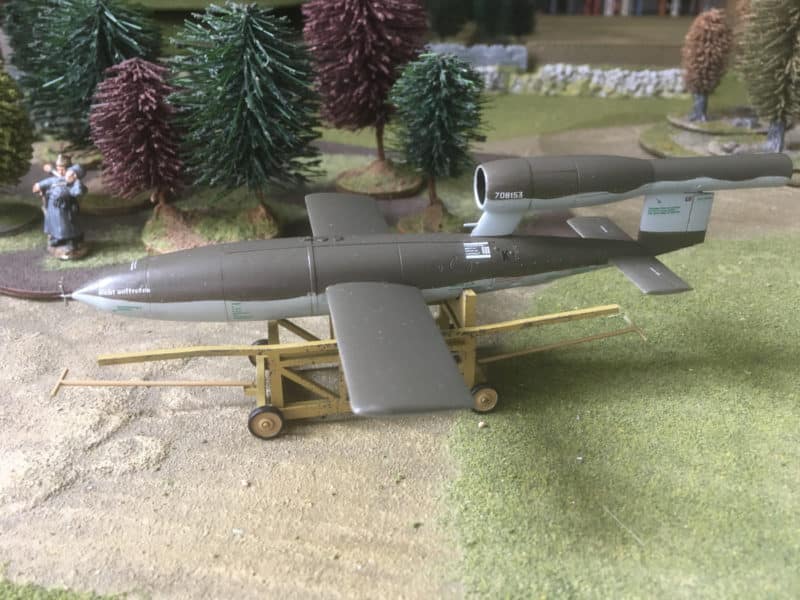 As it is I have been spending my time working through my lead pile/kit collection and finishing off projects that have been lurking on the work bench for a while now. A good example of this is the 1/48th scale model of the V1 flying bomb from Tamiya. I built and primed it about two years ago but never actually got around to finishing it. The lack of gaming and other such distractions meant that I finally finished this model off. 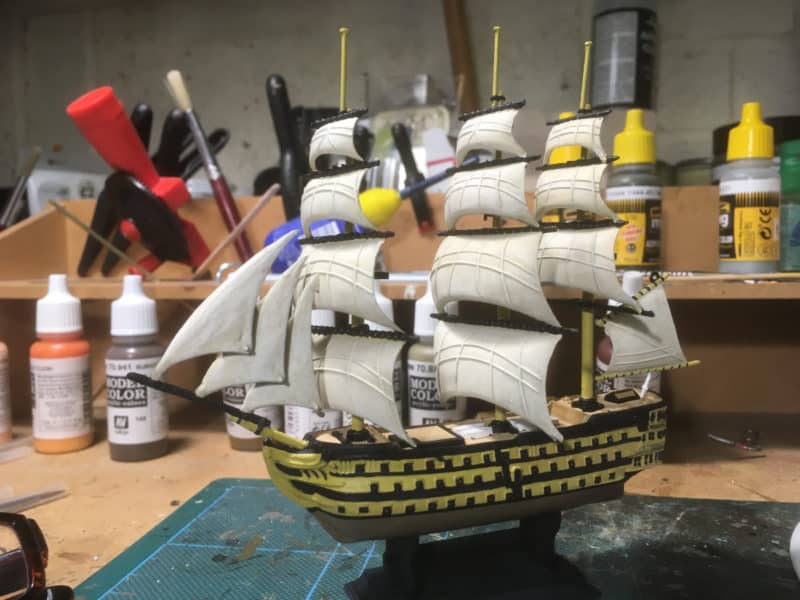 I also built HMS Victory – an Aifix kit that I had picked up for a fiver from Aldi or Lidl a while back. It was a nice change to be building something completely different to my normal output. Both the V1 and HMS Victory are part of my plans for a larger collection. One of the drivers for my hobby is my need to ‘collect things’! They also form part of my interest of history in general. So HMS Victory now joins the Mary Rose as part of a collection of iconic ships from history that I may eventually build and put into the cabinet! 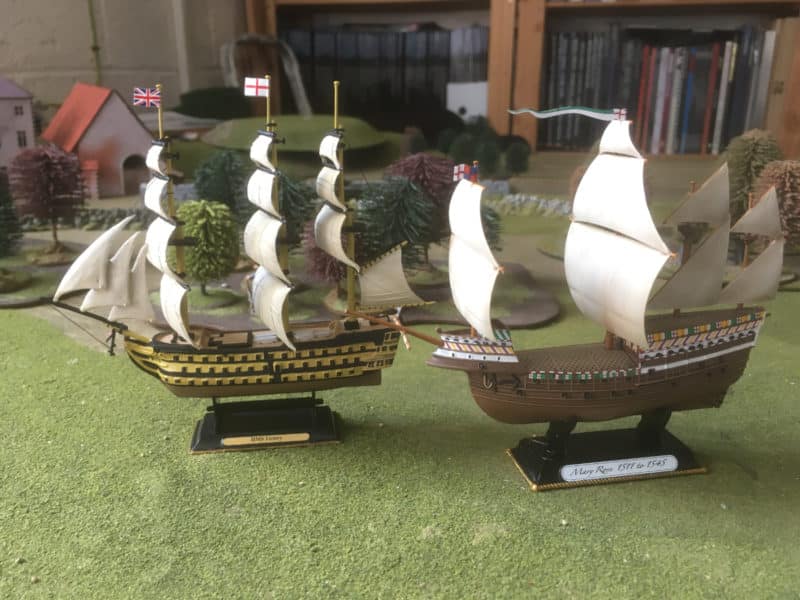 Likewise, the V1 is just the start of an (imaginary) collection of German ‘super weapons’, which will include a V2, Maus and selection of some of the operational German Jets. I actually already have some of the jets in 1/72nd scale from a previous time in my modelling history but I might just ‘upgrade’ them to 1/48th scale as well. 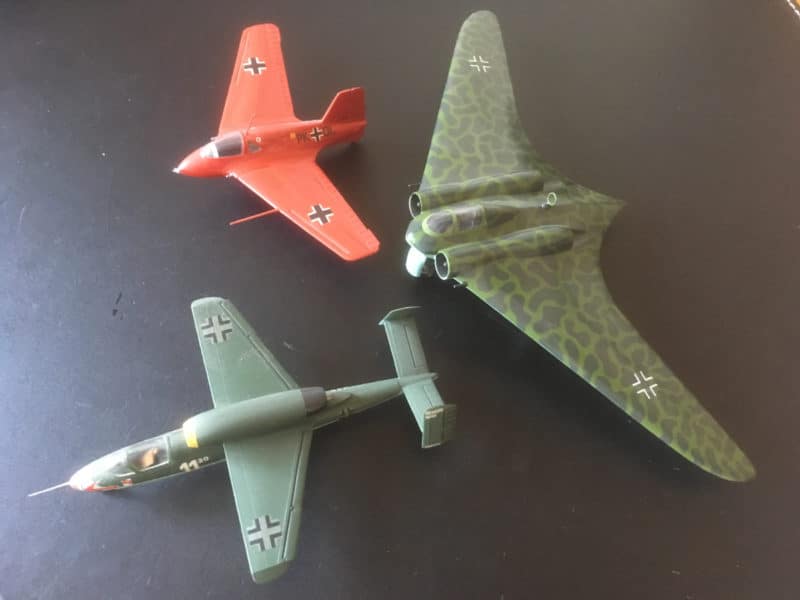 I have still been painting Early WW2 British Infantry, albeit slowly. I dont have a specific plan for gaming with these. It’s another ‘collection’ that I am working on, sparked by painting the Dads Army set. I would like to have at least a full platoon of early WW2 British infantry, along with a few more Home Guard units. So the most recent addition to my painted figure collection is Corporal Jones in his Civvies. 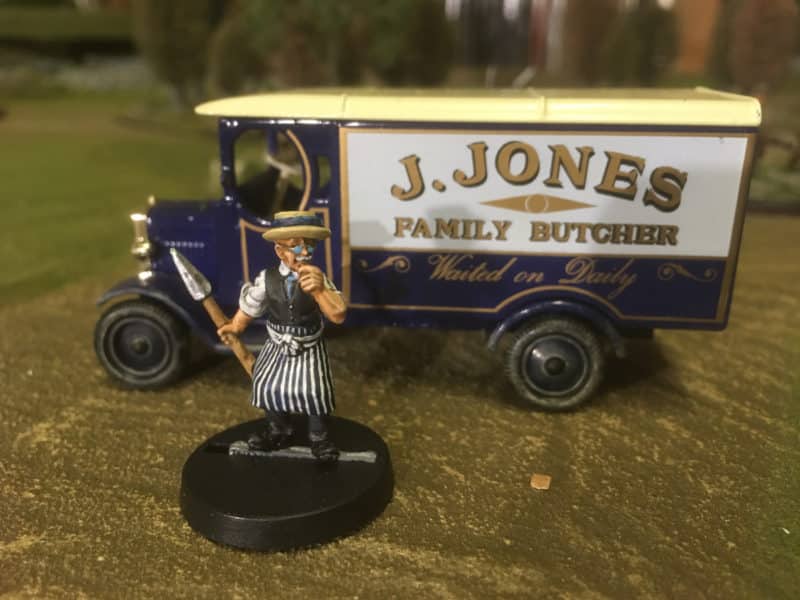 Corporal Jones in his civilian outfit!

So, like my collection at the moment, this blog post is a bit of a ramble. I do have a cunning plan to pull all of my collections together though, but that’s another story for another time!

If you have yet to get your copy of Wargames Illustrated with the free Never Mind the Bill Hooks rules, we still have plenty of stock at the time of writing. It’s available, post free here!

But it’s selling quickly so don’t hang around!