Well, actually there is – you are reading it, but…..It’s been a fraught week, one way and another. No doubt all the minor tribulations that have distracted me from my modelling have been magnified by the approach of Christmas. The so called ‘Season of good will to all men’ seems to running a bit short of the ‘good’ part at the moment. The week started well. Saturday found me down in London at the Wembley Stadium watching the mighty Spurs giving Stoke City a 5 -1 pasting. On Sunday I ventured into Nottingham, despite the snow, and finished off my Christmas shopping. It was quite a pleasant experience as the weather appeared have dissuaded some folks from shopping so the queues were quite bearable. With no Mrs Arcane in tow, I could sneak off for a crafty Greggs sausage roll and spend a couple of hours in Waterstones’ bookshop without any guilty feelings. So far so good. 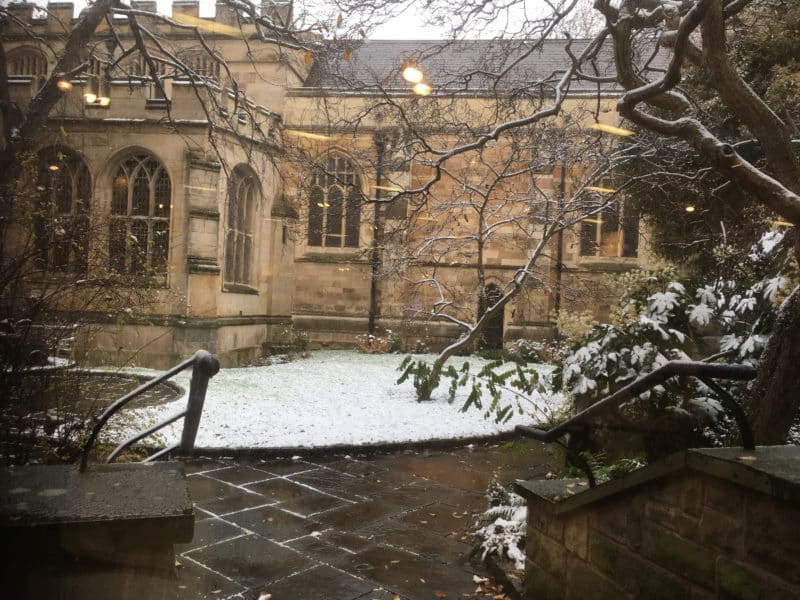 It was on Sunday evening that things began to unravel. Whilst checking through my paperwork and planning the forthcoming week I found that the MOT on my car was about to run out on Monday. Bugger! Fortunately, although the Arcane Rolls Royce (which is cunningly disguised as a 12 year old Vauxhall Astra) was now unavailable, Mrs Arcanes Ferrari, (again, we disguise it as a aged Vauxhall Corsa) would allow me to get to work. As if this wasn’t enough, a crisis was looming in the Arcane household. After 27 years of loyal service, we had disposed of our trusty dinning room table and two months ago, ordered a brand new one all ready for the big Christmas family gathering. I’d even redecorated the dinning room in preparation. Except the table wasn’t ready… Mrs Arcane was not happy and I must admit that I wasn’t looking forward to eating my Christmas dinner from a tray. So as well as sorting the car, I needed to sort a table supplier out. All of this was distracting me from my modelling! 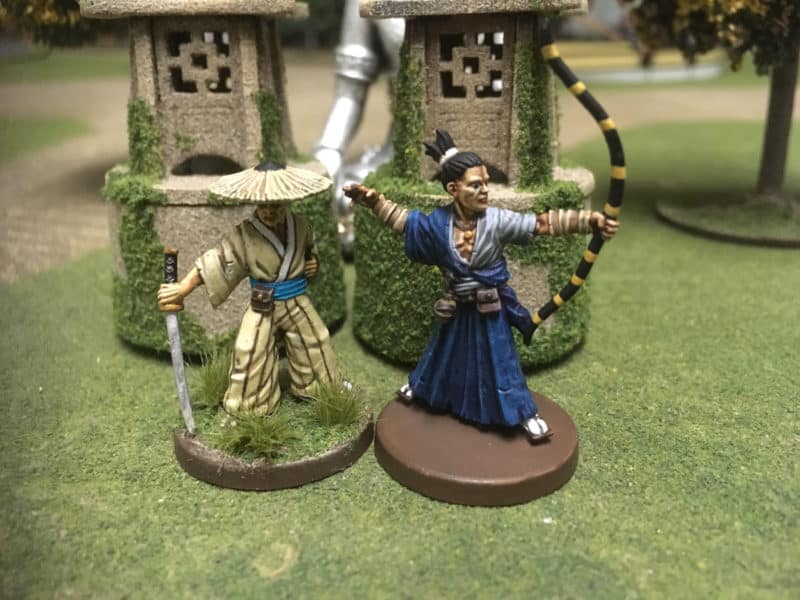 First two figures from the Bandits and Brigands set

I have been working on the Test of Honour Bandits and Brigands set and had completed the first two models using inks, to shade and highlighting in the usual method. The plan was to complete the other five models over the last two weeks but the afore mentioned distractions were making any sort of protracted painting session difficult. I had also intended to document the models as I painted them so that I could complete a painting guide and review on the blog. Alas, something had to give and in this case, as I was grabbing odd bits of painting time when I could, it was the documentation and pictures for the blog that fell by the wayside. 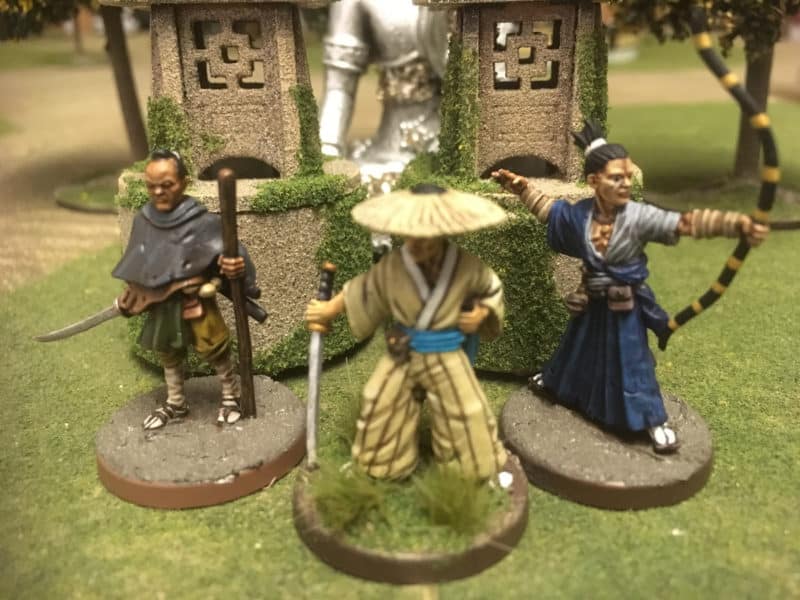 A third bandit joins the gang.

So, all I can say is that I had decided to follow the colour scheme used on the Warlord website and when it came to model number three, shown above I defaulted to using Army Painter quick shade rather than ink to speed things up. To be fair, I did do some highlighting before the quickshade was painted on and once varnished I also used my tried and trusted method of adding in some extra highlights or repainting some of the lighter colours. However, as these are Bandits, I decided that the ‘dirty’ look wasn’t such a bad idea. I was onto my last figure and had decided to do a step by step guide to him when to add to the troubles at home, the web site went down following a routine upgrade to the security certificate! This photo is as far as I got in terms of step by step. 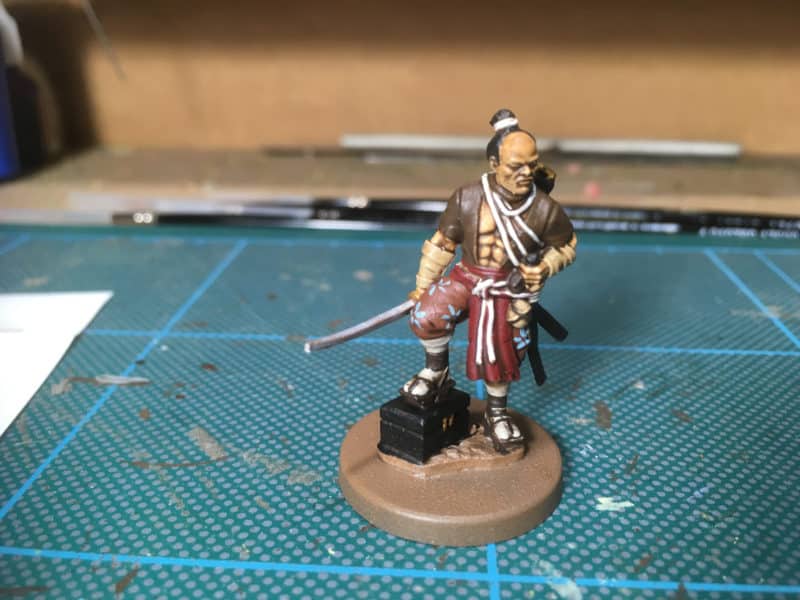 So by Wednesday, with no car, no Table for Christmas and no website, I was feeling a bit sorry for myself. The irony being that in order to take a break from the stress, I took myself off to the garage, despite the cold, and just got on with my hobby! Result being that the Bandits are now complete! 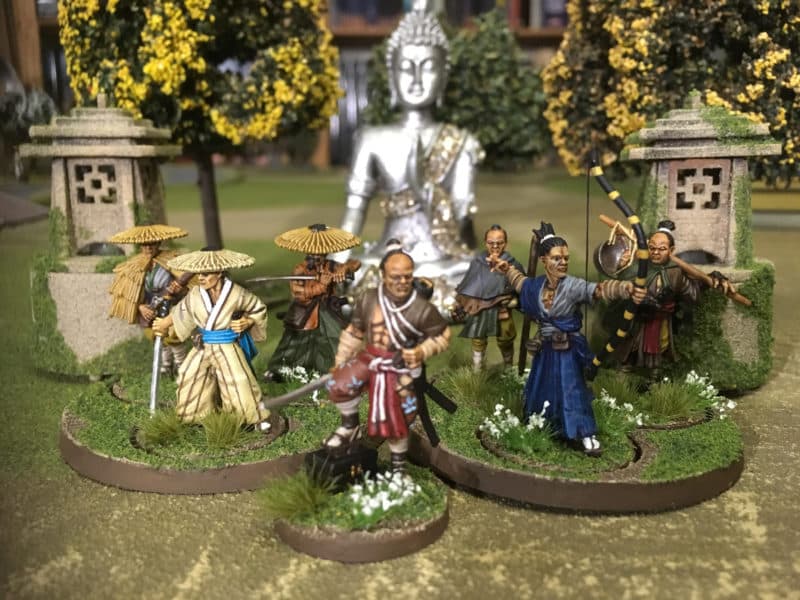 My Bandit Gang for Test of Honour

The good news is that week has finished well. The car is MOT’d and back on the road. We have a loan table for Christmas, so no more worries about where we put the family or the Christmas dinner and the web site upgrade has now been sorted, so we are back in business. I have also had a reminder as to why my hobby is so important to me. When the minor speed bumps of life are threatening, the best remedy is to lose myself in some painting and it will all get sorted out, one way or another. So no Blog as such but I have finished my Bandits! 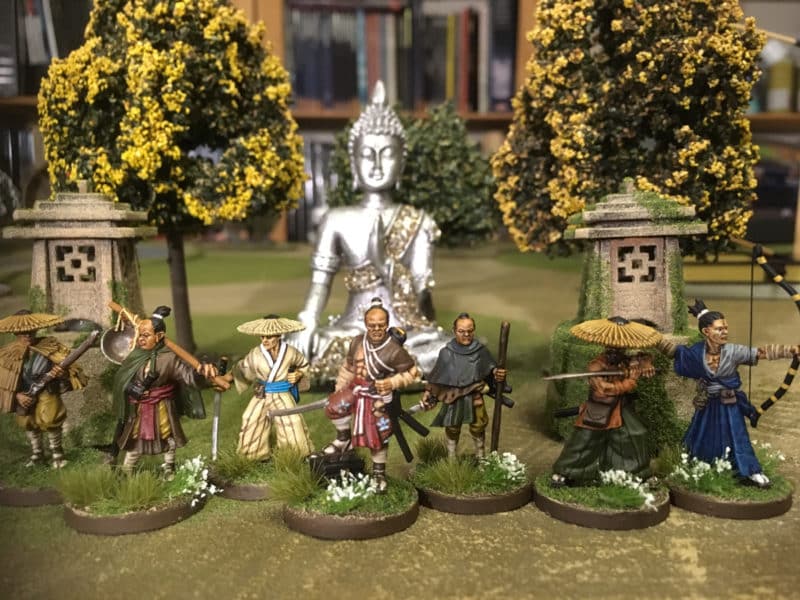 If you would like a set of Test of Honour Bandits and Brigands. they are available from our shop, post free at the time of writing, here: