Arcane Scenery have been associated with Lucid Eye since the very first sculpts were released. I have always been a great fan of the style and standard of Steve Saleh’s sculpting and thought that the Neanderthals and Cromagnon were the best interpretation of ‘Cavemen’ figures that I had seen. The fact that they were a natural fit for our DeeZee range helped! 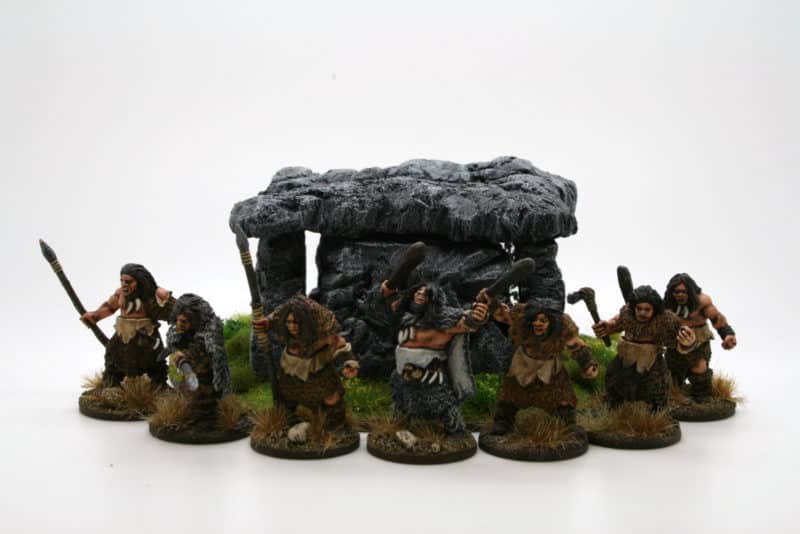 As with many sculptors in the trade, Steve was often frustrated by the necessity to follow a brief to complete a range rather than follow his own imagination and sculpt figures that excited him. The Lucid Eye brand was an opportunity for Steve to do just exactly that. There was no commercial pressure to model figures in a particular way or follow a style or the latest trend. That said, there was always a plan for the range and a new partnership has launched the Lucid Eye brand with renewed vigour. The partnership is with Steve’s son, Joe. It was initially launched when Steve and Joe worked together on the creation of the Savage Core rules. Joes’ background, fresh from University and an avid Art/Comic book fan enabled them to produce a set of rules from the Savage Core range that is a different take on the standard skirmish game. As is often the case, the partnership is greater than the sum of it’s parts and the energy and enthusiasm generated has resulted in an explosion of the range. 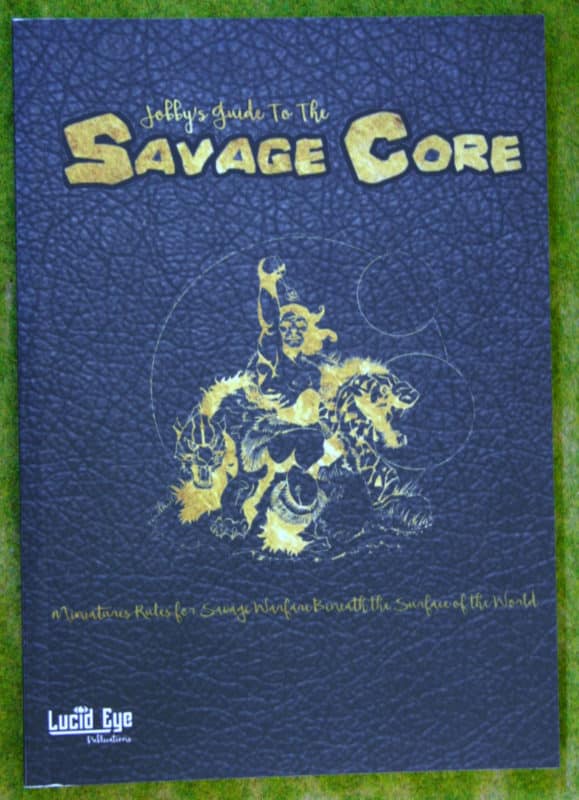 So with Steve focusing on the sculpting and Joe ‘doing everything else’ (his words not his Dad’s!), Lucid Eye is growing into an exciting range of figures that will have both Gaming and Collectors appeal. Joe’s keen eye for design, together with his understanding of how new technology and media allows them to reach out to customers, has allowed Steve to give free reign to his imagination and talent to produce a unique range of figures. Steve and Joe have deliberately adopted a policy of releasing the miniatures as soon as they are ready. They are just as keen to see how gamers will use their figures as provide a structure for them. But make no mistake, there is a structure to what is coming. 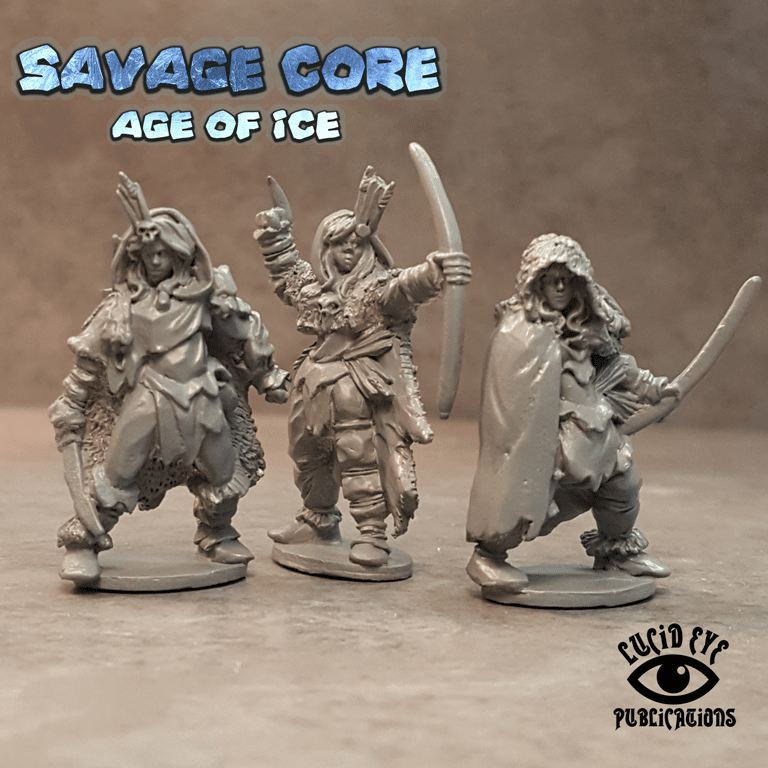 So what is in the pipeline? Well, The Savage core range will continue to expand, albeit in slightly new formats. The new Age of Ice range has allowed the reinterpretation of some of the figures as well as adding a new twist to the range. There are plans for an ‘Age of Darkness’ that will further extend this foray into the ‘Pulp world’ of the Savage core. Of course, these new figures will be supported by rules extensions to Savage core, available through PDF’s. In addition to this range, there are a further four completely separate ranges in progress. As Joe says (with a smile), they are doing a bit of a ‘Kubrik’ and taking on each gaming genre, but giving it their own twist. 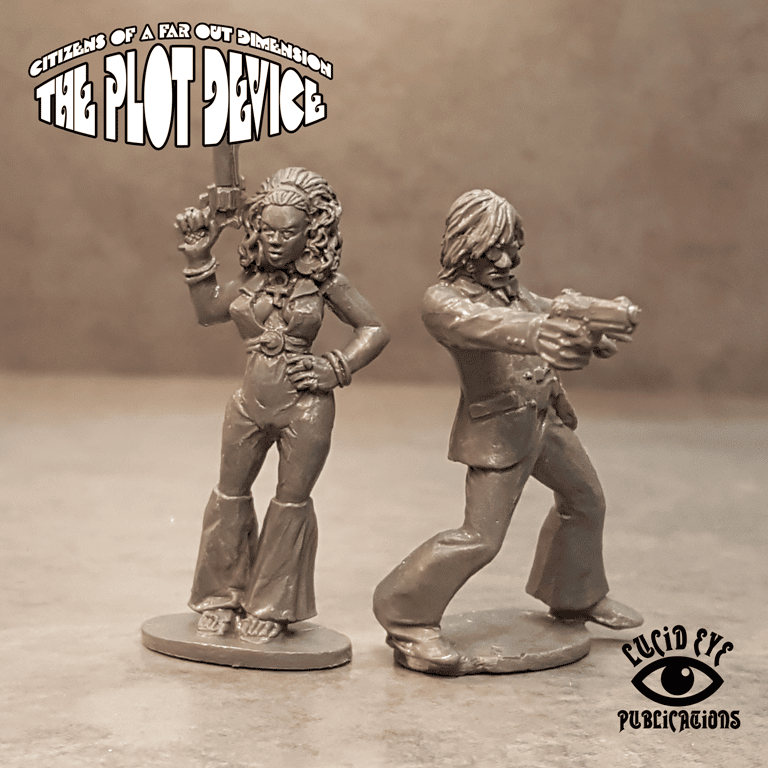 The ‘Plot Device’ is the first of those genres. Described as ‘Extra Dimensional Sci Fi, Future history or just Weird’, the range is already populated with Nazi’s , Goth Cowboys, Teen gangs and Psychedelic Investigators. A rule set will follow, perhaps in the style of Savage Core but for now, the priority is to populate the range. 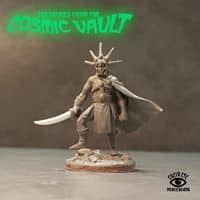 ‘Treasures from the Cosmic Vault’ is Steve’s project with a rules set that is a game set in a gladiatorial conflict on Titan. There will be a limited range of figures for this game, allowing Steve to really express himself in producing some high quality sculpts and the plan will be to eventually produce a boxed set which will allow players to collect all the figures together along with a rules set – essentially a game in a box format. 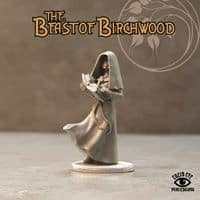 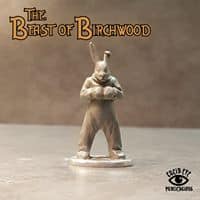 ‘The Beast of Birchwood’ is Joe’s project. Described as a ‘Victorian Horror Dreamscape’, the figures will act as playing pieces that will allow players to act out a game in a mapped environment. A slightly different take on a miniatures game with RPG elements to immerse the players into this strange world. 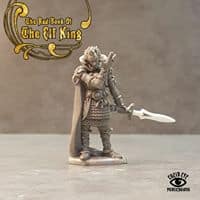 I’ve saved perhaps the most exciting news for last. The final project (for now) is the ‘Red Book of the Elf King’. A fantasy skirmish game (Players will need 25 to 30 figures)  based on the fall of the Elves and the Elves Civil war, with the figures being ‘Heroic 28mm size’ that’s at least 32mm. The rules are being written by none other than the rules Meister himself, Mr Rick Priestly. With Rick writing the rules and Steve sculpting the figures, I am confident that we will see a game that is both exceptionally playable and easy on the eye! I will bring you more news as I have it. In the meantime, I’ve included the links to the various Facebook groups and web sites below. 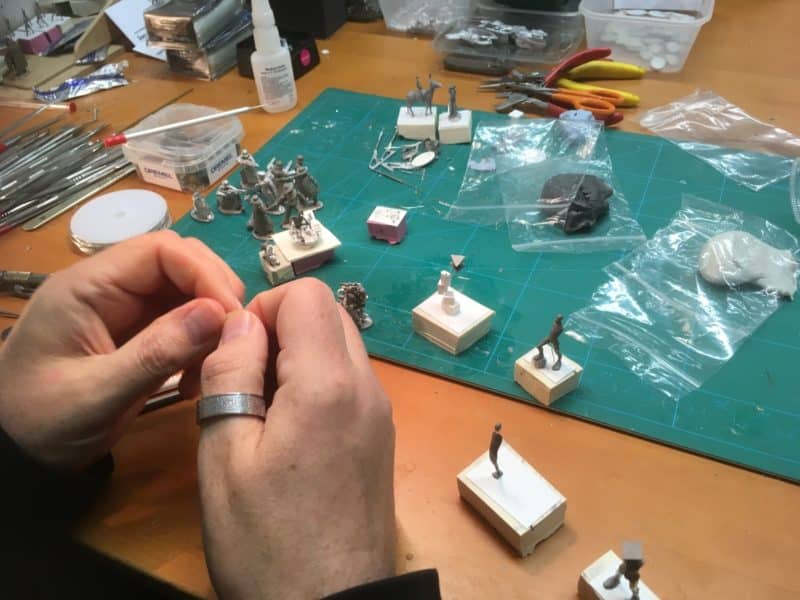 I hope that you are excited about Lucid Eye as I am and I am sure that Steve and Joe will continue to produce some of the most innovative rules and collectable figures on the market. As you can see, there is plenty more on the work bench!

To see the Lucid Eye Range at the Arcane Scenery shop, click here:

TREASURES FROM THE COSMIC VAULT

THE BEAST OF BIRCHWOOD

THE RED BOOK OF THE ELF KING