Back in March, I was a participant in a small Napoleonic demo game we had put on to support the Bingham Napoleonic day. We, being my two gaming buddies, Pete and Andy. I had already agreed to finish my model of Papelotte in time for the battle and I surprised myself by completing it way ahead of schedule. You can read all about the day and the battle here: 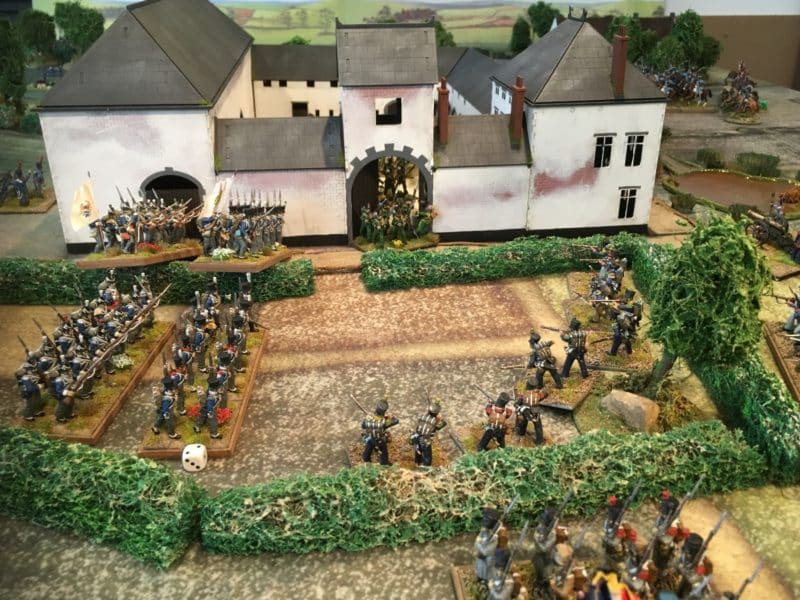 With the main scenery piece completed I turned my attention to the troops involved. Our battles usually tend to be a nod in the direction of historical accuracy and if we haven’t got the exact order of battle we are happy to improvise. However, when I checked my Waterloo companion for the OOB, it was clear that one of  the most significant deployment of allied troops in this area was the 2nd Nassau-Usingen Regiment. Whilst we had plenty of Hanoverians, a contingent of Dutch and Belgium and plenty of British and French troops, none of us had any Nassau. There was even a provision for the Prussians to arrive and we had even talked about using some Portuguese troops as reinforcements! Actually, this turned out to be not so daft as I thought, as Wellington had the same idea, but that’s for another blog!

I thought that I would have a go at painting at least one unit and so ordered some figures from the Perry’s Web site. Of course it wasn’t that straight forward. First I had to do a bit of research and to be truthful, I tied myself in knots trying to figure out what Nassau was which. There were the Orange Nassau Regiment, otherwise know as the 28th Nassau, comprising of 2 battalions and a small Jaeger battalion. The Nassau-Unsingen regiment consisted of 3 battalions of which the first was sent to help defend Hougomont and the second and third battalions, present at Papelotte. The Perry’s web shop list the first and second battalions as separate packs as there does seem to be a difference in their uniforms. The third battalion isn’t mentioned, so presumably it’s identical in uniform to the second, the battalion that I was interested in. 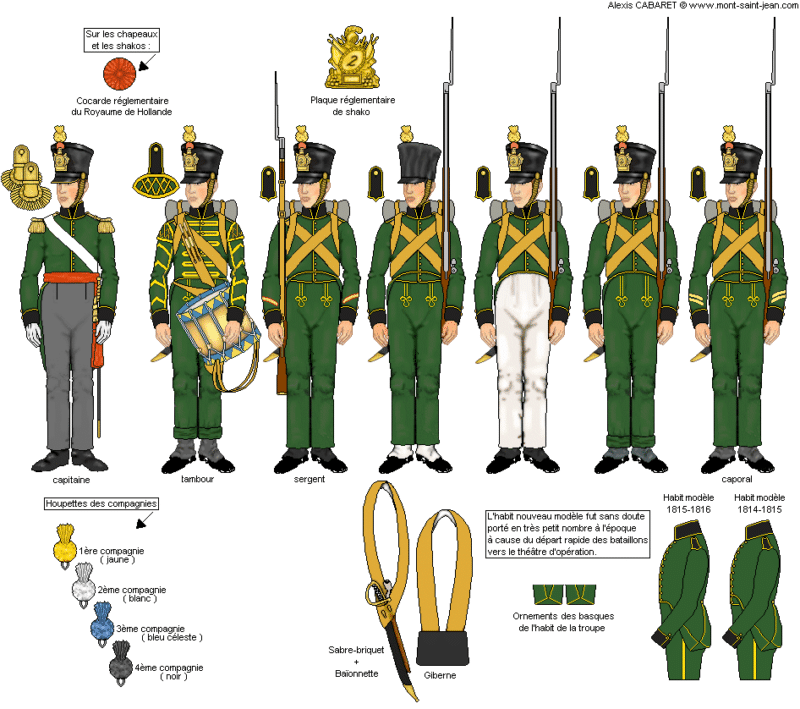 A quick check on the wonderful Mont St Jean site seemed to confirm my thoughts so I went with the second battalion. Now usually I am pretty rigid in painting my battalions as units of 24 figures but I noticed that the Nassau battalions were quite large and consisted of around 900 men. This is significantly more than the usual 600 that were present in British Battalions at Waterloo. There are also some significant differences in uniform within the battalion which is divided into 6 Companies. The four ‘centre’ companies or Fusiliers, are identical apart from the different coloured cap plumes but the Grenadier and Voltigeur flank companies are quite different. 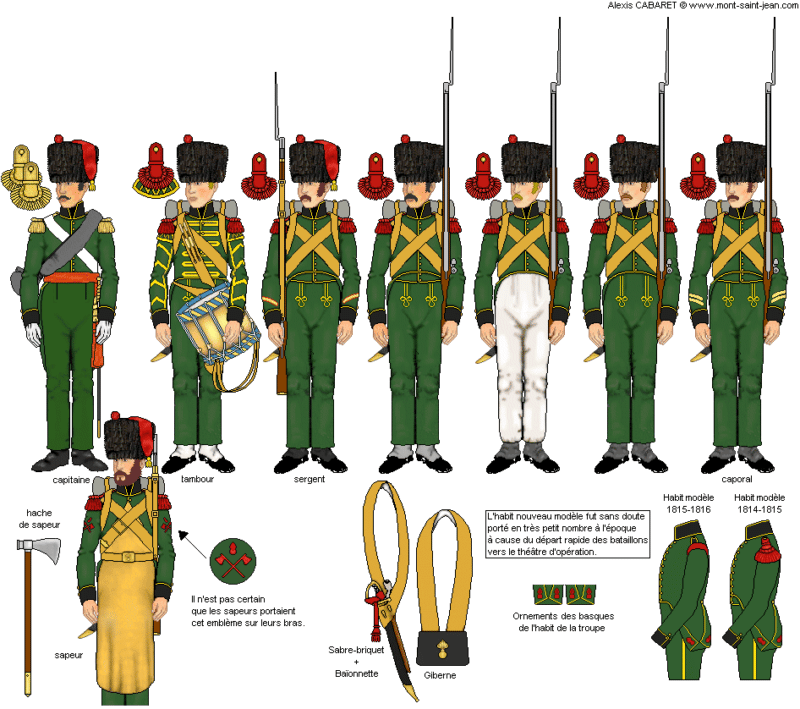 After a great deal of thought, I decided that I would have to go with 36 figures in  a regiment and placed my order for a command pack, 3 centre company packs, a pack of Grenadiers, a pack of  Voltigeurs and while I was at it, the casualty pack and two packs of Volunteer jaegers. Oh! and the very nice models of the commander Prince Bernard and his staff! And that, my friends, is how that lead mountain accumulates!

Then reality set in. How was I going to have these figures finished in the three weeks that I had before the battle was due to take place? As I had said, my research was cursory at best and I hadn’t even thought about what colours I would use. Fortunately, Dave Woodward happened to call into Arcane Scenery for some paints. Dave actually painted the models used on the Perry’s web site so I pinned him into the corner and interrogated him as to what colours he used! ‘I don’t know’ he cried ‘it was ages ago that I painted them’.  Fortunately, Dave is a great guy and he helped me to work out a basic colour scheme that would give me a fighting chance to at least get some of the figures painted for the battle.

The cunning plan that he came up with was to spray the troops with Army painter Greenskin primer. This colour is perhaps a bit bright but I intended to use quick shade which would dull it down. The other significant colour was the cross straps on the uniforms and the yellow stripes and facings. The answer was Vallejo Yellow Ochre 70913. The rest of the colours were pretty straight forward and using the pictures from the Mont St Jean site as my guide, I could press on and batch paint the battalion!

You can see how I did this in the next blog!

The Commercial bit and useful links

You can see the Mont St Jean reference for Nassau here:

The Sarissa version of Papelotte is here:

The Perry’s web site is here: