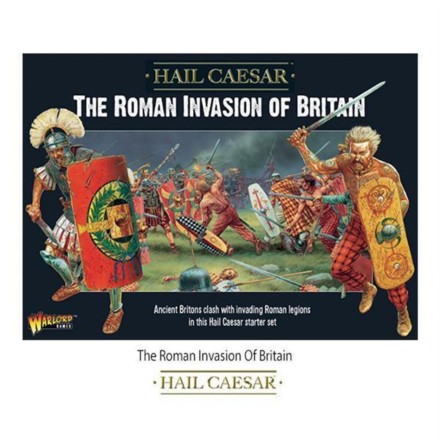 The Roman Invasion of Britain

This Hail Caesar starter set allows you to build your forces – both Roman invader and defiant Britons – as you fight for control of the island in massed battle!

Warlord Miniatures are an exciting company producing excellent quality figures in 28mm and 1/56 scale that are designed for the serious modeler, collector and wargamer. The troops are produced in plastic, metal and resin allowing you to build large troop formations at a great price.